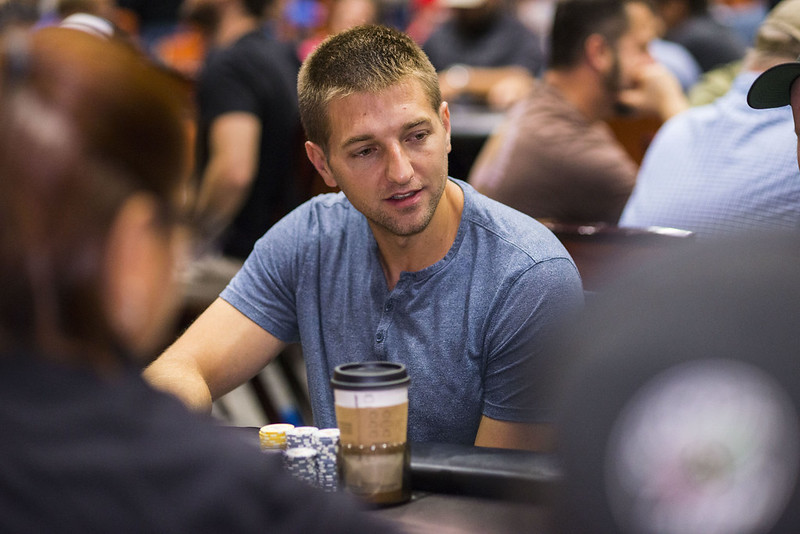 At this point in poker’s history, most of the major American tournaments offered take place near the coasts; either in Florida or Las Vegas. Not surprisingly, most professionals have taken up residence along the coasts and in areas where poker’s the most accessible. However, one emerging area in the American market is in the midwest.

Choctaw Casino and Resort sits in the heart of this region, and our WPT Main Event saw strong yearly turnouts since its start in 2015. And because the nearest airport to Choctaw is equidistant from either coast (plus a 90-minute drive from the airport to hotel), that event has historically been one of the least populated by poker pros. That was evident on my starting table of Day 1A; where I was seated with none of the pros who’d traveled to the event.

While my intention was to play more hands pre-flop and try to squeeze some small edges against my less experienced opponents, instead most of the big pots I played were the result of having a strong hand and putting tons of money in against someone who didn’t fold. That trend started 10 minutes into the first level, when I over-called a raise with

in the big blind and the flop came Ace-Three-Three with two diamonds.

I was able to check-raise both players, and the opener on the button called to continue the pot heads-up. The board ran out without a diamond, and my opponent called down big bets on the turn and river with Ace-Ten.

That put my starting stack of 40,000 above 60…and it hovered in that range for the next several levels. Approaching the dinner break, a new player was brought to the table and placed on my left. From what I could tell, he was calling way too many hands pre-flop, and with that read, we played a big hand just before we broke for dinner.

turn. The river brought an offsuit Ten, and I moved all-in for his remaining 25,000. My opponent called so fast I thought I’d somehow lost the hand (maybe to pocket tens?) but when I tabled my kings he slid his hand towards the muck. The dealer, however, knew the rules and that all-in hands must be tabled, so she turned over his very surprising Jack-Ten offsuit, for a rivered pair of tens.

Winning that pot sent me to dinner with 110,000 and nearly three-starting stacks. But that’s a far cry from the 320,000 I finished the night with. How did I win 200,000 more in the next four levels? Check out the hand recap from WPT Choctaw for a full breakdown down of the biggest hands from Day 1 of our Main Event: