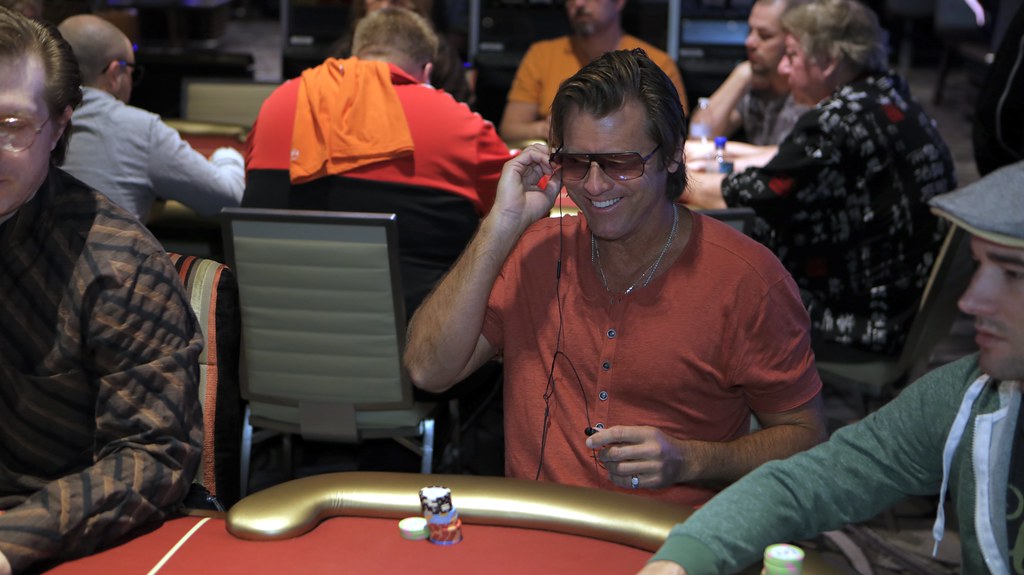 Maybe you didn’t know this about me. Maybe you thought I got the World Poker Tour commentating job because of my wannabe Fabio hair.

The big reason I got this job is because I’ve been playing poker, and I mean top poker, in big cash games since I was a teenager and have done quite well!

In fact, about 25 years ago in order to survive, I started up and ran a home game that became quite famous over the years in Los Angeles.

It got bigger and bigger and in fact, I finally had to stop playing because I could no longer take the big swings and pressure.

But it was MY game. MY rules. Best of all, no rake. It was just good old fashion gambling with friends and foes and I loved it!  My movie coming out a few months down the line Walk To Vegas is based on some of the stories.

Here are some interesting things that happened over the years that I would like to share with you.

We would start on time and quit on time. However, one time we played for three days straight right through Thanksgiving dinner. We had a whale playing so we figured it was worth it.

We would pay off mostly in cash, however, there was that one time when a guy wrote out a big check in pencil. We tried to track him down the next day but he was never to be seen again.

I came across at least three cheating teams over the years. I learned and memorized all the codes and signals. The rest of the group found out in private, and we got back most of our losses using the known signals against them.

The FBI was watching our game. Interestingly enough, it wasn’t because of the gambling. It was because of a murder suspect they believed was playing. That guy is doing life in prison today with his murderous mother.

TV and movie stars played in the game and they usually played pretty well. Lawyers are usually tough players and so are accountants. Anybody in the music business or in comedy is usually a terrible player with the exception of Mr. Kotter himself, Gabe Kaplan.

We used to play with this billionaire cheapskate who would actually order a full course dinner for his young girlfriend on the “house” bill and at 8 o’clock every game. She would drive by to pick it up! We acted like we didn’t notice.

I won a pretty good amount one night from the nicest guy in the world. He was a popular dentist. He was down on his luck and said he couldn’t pay but he could give me some dental work instead. That’s how I got my pearly whites that I smile with today!

Before the game would start there were usually prop bets. You guys know how much I love prop bets! I once lost $20,000 trying to throw a basketball into the hoop from half-court before the poker game even started. Unreal!

I got stiffed by bad checks dozens of times and got stuck holding counterfeit bills on one or two occasions as well.

We played in famous restaurants where sometimes the owners or the chef would wind up playing and I never saw any of them ever win.

We used to play with one of the most famous Hollywood directors in of all-time. A great guy. He was old then and on a respirator, however, that didn’t stop him for insisting that all of us do shots of tequila every 20 minutes when someone would take a bad beat.

Those are just a few of the stories. Hope you enjoyed them. Till next time…play loose and bluff on the river!

For more from Vince Van Patten, make sure you are following him on Twitter.