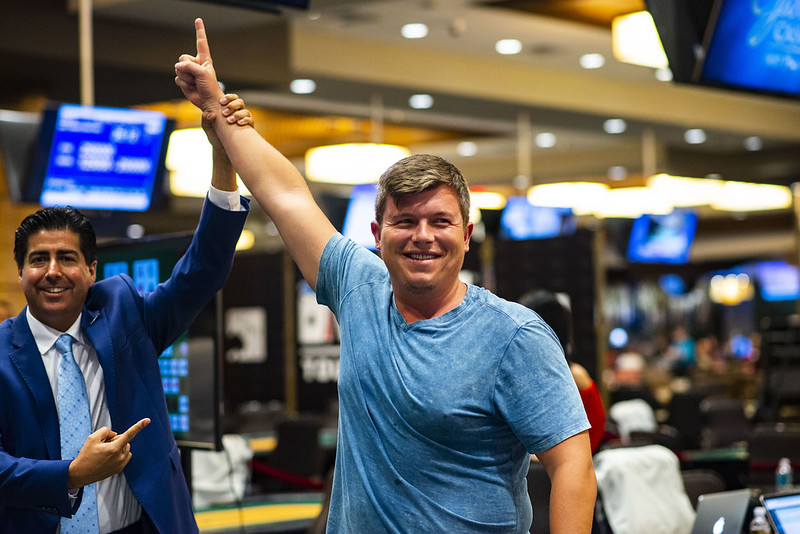 One final toast seemed fitting for Roger Teska as he awaited the final cards to hit the board. When his hand held, Teska became the first Season XVIII champion after taking down the WPT Gardens Festival. He now becomes a member of the WPT Champions Club and takes home $368,475 after topping a field of 373.

After the nice toast with runner-up Laszlo Molnar and a few winner’s photos, the 34-year-old native of Bloomington, Indiana, did what many on his rail might expect – he ordered a celebratory cocktail. Vodka and soda was his drink of choice for the final table.

“I just try to keep it loose,” he said after his win. “I’m drinking, having fun, and I’m definitely the least concerned about leveling up of anybody in the field. Maybe that gave me a little bit of an edge.”

“A cocktail helps me stay loose I think and definitely if I take it too far I’ll just punt off a stack, but I seem to do alright.”

His strategy certainly has been working of late. Teska had $2.9 million in live tournament winnings coming into the WPT Gardens Poker Festival and has now added to that significantly. In November he took down the $25,500 event at the partypoker LIVE MILLIONS Caribbean Poker Party for a massive $2 million score.

Teska entered the final table second in chips and that continued into heads-up play. After trading chips a bit at the final table, Laszlo Molnar took a commanding lead later in the evening. At three-handed in Level 31, Molnar found a key knockout of Lior Orel with his pocket Kings – trumping his opponent’s pocket Jacks. 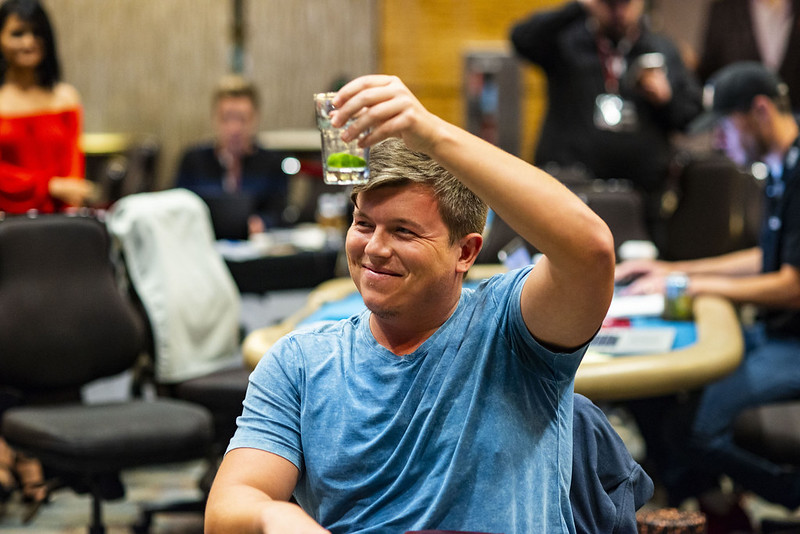 That handed him a more than 4-to-1 chip advantage heads up against Teska. However, a quick double up in the first hand of heads-up play had Teska right back in the match when his

. Teska hit a straight and continued building from there.

“I get funny feelings,” he says. “I was going to shove anyway, but felt like I was going to win it even after he turned his hand over. I wasn’t that surprised the way when it ran out the way it did.”

with a board of

. He believes some earlier hands may have helped him in that situation.

“He and I had quite a bit of history throughout the day,” he says. “I bluffed a couple of times in big spots. I don’t know what he had, but I don’t fault him for calling with a ten or even something worse than that because of the way that I was betting. I think he knows that I think his most likely hand is a ten and I was trying to make him fold it.”

The call by Molnar proved costly. A regular in high-stakes cash games, some other nice tournament scores also highlight Teska’s resumé. That includes coming close to a WPT title in Season IX, when he finished fourth in the $25,500 WPT World Championship at Bellagio for $371,665. 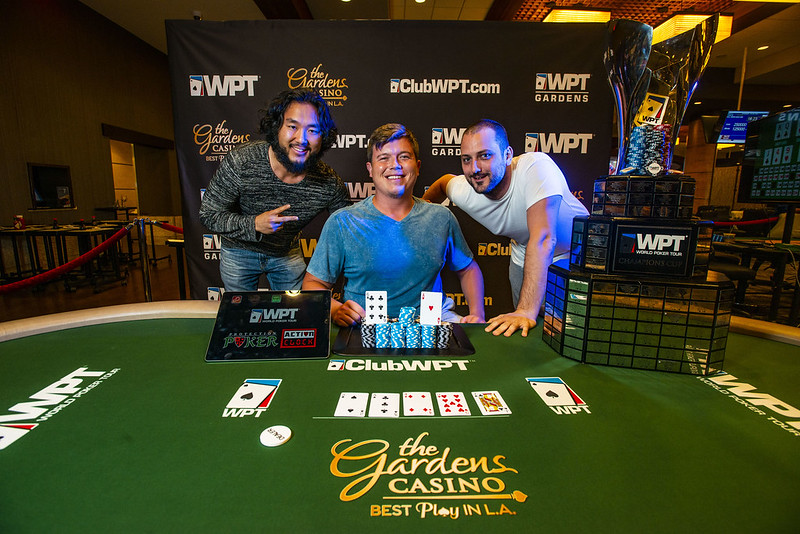 For finishing runner-up, Molnar more than tripled his career live earnings with a win of $235,615. Teska had kind words for his opponent.

“He played very solid – very patient and methodical,” he said. “I thought he played really well. I was very fortunate to run well at the end and really, that’s all that matters.”

Along with his first-place money, Teska drives home a 2019 BMW X1 worth an extra $40,000, which he plans to give the car to his mother. Teska also earns a $15,000 seat in the season-ending WPT Tournament of Champions, and also takes the lead in the Season XVIII Hublot Player of the Year race. During his post-win interview was the first time he realized he’d become the first winner of the season.

“Was this the first event?” he asked. “I’m definitely going to play a few more WPTs for sure. This was the first WPT I’ve played in a long time and they’ve done an incredible job fixing some flaws in the structure. Going to 90 minutes for the middle two days and then going back down to 60 minutes and adding the time banks and shot clock – that’s awesome.”

“It’s a lot more enjoyable when people can’t just sit there and take all the time in the world in every single decision. As somebody who doesn’t play tournaments a lot, that really bothers the shit out of me.”

This marks Teska’s third WPT cash and he’s now etched his name to the Champions Cup. It adds to a big year and he’s hoping for more.

“Having one win under your belt I guess adds a little motivation to try and win a second,” he says. “Having a WPT and a partypoker Millions feels pretty good.”

He can now raise a glass to toast another title.