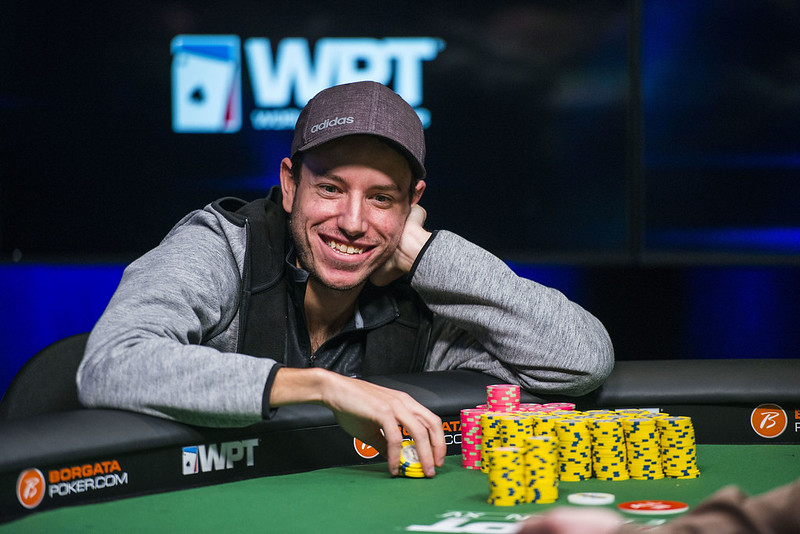 Players will feel right at home Jan 29 – Feb 3 as the WPT Main Tour returns to one of the oldest and most prestigious stops on the tour – the Borgata Hotel Casino & Spa. Players can expect another great experience and a big guarantee of $3 million in the WPT Borgata Winter Poker Open.

This year, the six players making final table will be flown to Las Vegas to film on March 13 at HyperX Esports Arena at Luxor Hotel and Casino for their appearance on Fox Sports Regional Networks. It will be a great experience in a unique playing environment perfect for family and friends to cheer them on as they try to add their names to the WPT Champions Cup.

The Borgata has become one of the top spots for poker on the eastern seaboard and offers numerous tournament series throughout the year. The property offers an elegant poker room with cash games of all levels and a wonderful tournament scene.

Last season’s winner (Season XVI) was Canadian Eric Afriat, who added his name to the Champions Cup for the second time and took home $651,928 in an event that featured 1,244 entries.

In Season XV, two-time WPT champion Daniel Weinman (pictured) took the title for $892,433 in a field of 1,312 entries. Weinman is a native of Atlanta, GA, and has more than $2.9 million in live tournament winnings. His other WPT title came after winning the Tournament of Champions, also in Season XV, for $381,500.

Looking back, Weinman sees that first WPT championship at the Borgata as a truly special moment and came after he had dedicated more time to improving his skills at the table.

“The win was my first major title, and definitely got me a bit more notoriety in the poker world,” he says. “It gave me confidence and showed that the work I had put into my game over the previous years had paid off.”

The tournament went pretty smoothly for Weinman for the first few days, but he remembers being on an extreme short stack on Day 4 before staging a massive rally.

“I lost a big pot right before the dinner break and was down to just three big blinds, and remember being pretty sour about it at dinner,” he says. “Luckily I was able to spin it back up and make the final table with average chips. At the final table, a big call against Tyler Kenney with fourth pair on the river for about 70 percent of the chips in play stood out as the hand of the tournament for me.”

Weinman says players can expect a great event in a perfect atmosphere for poker at the Borgata.

“Borgata will always be one of my favorite places to play,” he says. “Tournament director  Tab Duchateau runs great tournaments. And as far as cash games go, it’s really the only place on the East Coast to play decent-sized mixed games.”

Along with the WPT Championship event, the Borgata will be hosting 22 other preliminary events with major guarantees and buy-ins for every bankroll. There should be plenty of great poker when the WPT returns to Atlantic City in 2019.