By Aaron McBride Danny van Zijp has been crowned the WPTDeepStacks Brussels €1,200 Main Event champion after he came through a 535 player field at the Grand Casino Viage. Today’s final day of action capped four days of Main Event poker in Brussels, which coincided with a full festival of events running over a five-day span. 19 players returned for… 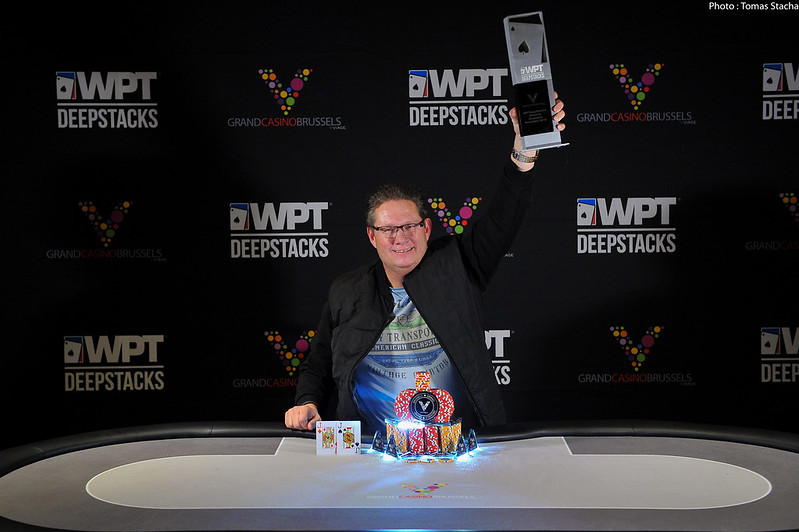 Danny van Zijp has been crowned the WPTDeepStacks Brussels €1,200 Main Event champion after he came through a 535 player field at the Grand Casino Viage.

Today’s final day of action capped four days of Main Event poker in Brussels, which coincided with a full festival of events running over a five-day span.

19 players returned for the final day all with the hope of securing the €110,000 first-place prize as well as the €2,000 WPTDS season-ending package to be used during the WPT European Championship next April in Nottingham. 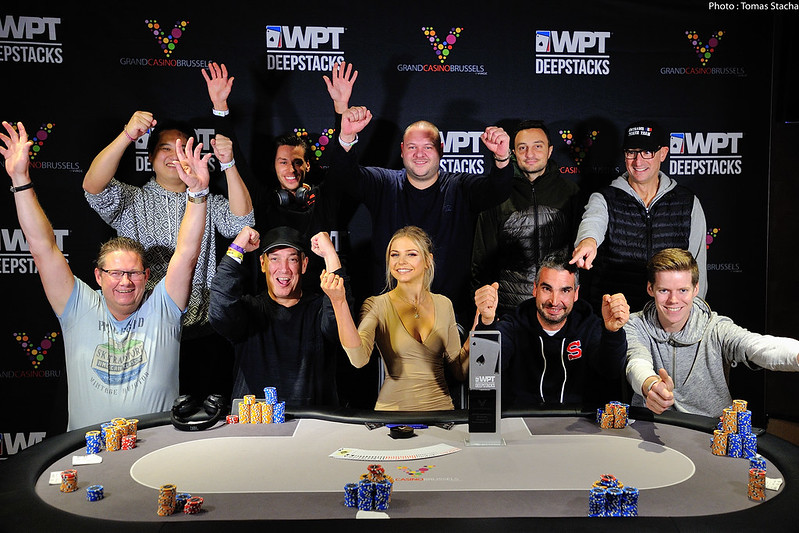 van Zijp was the man to go the distance after he came out on top during the heads-up battle with Jose Astima.

It is one better this time around for van Zjip after he finished as runner-up in the €365 Opener at WPTDS Marrakech back in September for €6,000. Today’s victory is van Zijp’s fourth recorded live tournament win, and he also claims the €2,000 WPTDeepStacks season-ending package to be used in Nottingham next April.

Speaking after his victory, van Zjip said it felt great to win and he will be attending the WPT European Championships in Nottingham and hopes to take a shot at the WPT Main Event as well, followed by a cruise holiday that he already has booked. 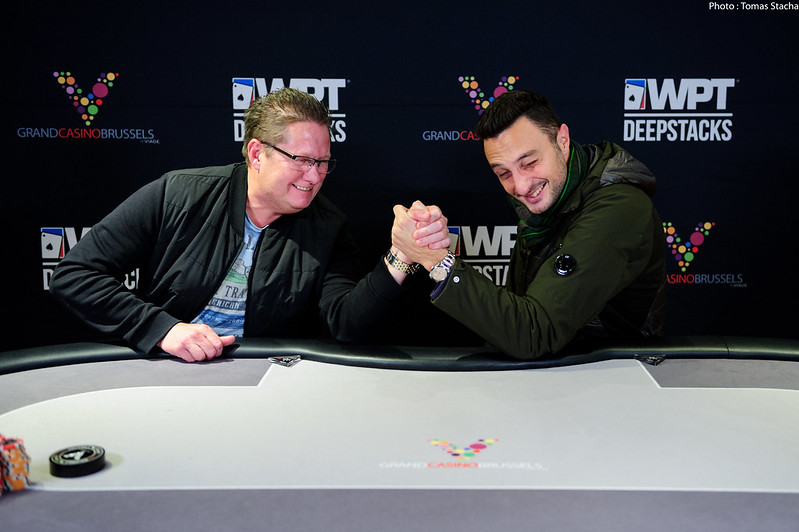 The Day 3 action got off to a very fast start at the Grand Casino Viage when four players departed within the first 60-minute level including WPT Champions club member Guillaume Darcourt who exited in 17th place having seen his ace-ten lose to Rico Roumen’s king-ten on the river.

Jean Seber then missed out on a place at the final table of nine after his queen-ten was no good against Sardar’s pocket nines having got all his chips into the middle pre-flop.

Jean-Philippe Schoonbrood was then the first player to depart from the final table after he hit top pair with ace-jack only to see Peter Jaksland held two pair with ace-queen after all the chips had gone into the middle on the turn.

There was then a long wait for the next elimination as the play slowed down, but eventually, it was Cheng-Wei Yin’s turn to depart despite flopping the nuts. Yin held jack-ten on a king-queen-nine flop and was up against Danny van Zijp’s two pair with king-queen. But van Zijp was given the perfect turn card when the queen of diamonds appeared to improve his hand to a full house, and he held on the river to bust Yin in eighth place.

And just like London buses, two come along at once, as the next bust out came to fruition a minute later when Tal Sardal saw his ace-seven lose against Paul van Oort’s queen-nine after the latter hit runner-runner flush to seal Sardal’s exit in seventh place.

Cyril Mira’s elimination in sixth place came shortly before the dinner break, after he first lost a big all in with pocket fives against Jose Astima’s king-ten, which left the Frenchman very short stacked, and he was unable to make a comeback, ultimately running ace-ten into van Oort’s ace-queen to exit.

Rico Roumen came back from the dinner break as the short stack and was the first to depart once play resumed. His ace-nine ran into Danny van Zijp’s pocket nines, and the nine on the turn sealed Roumen’s fate who departed in fifth place a career-best €30,000 score.

Start-of-day chip leader Peter Jaksland (pictured) had seen his chip stack diminish over the course of the final table, and he would ultimately exit in fourth place for €40,000 after seeing his pocket tens lose a classic race against van Oort’s ace-jack after the jack card appeared on the turn. 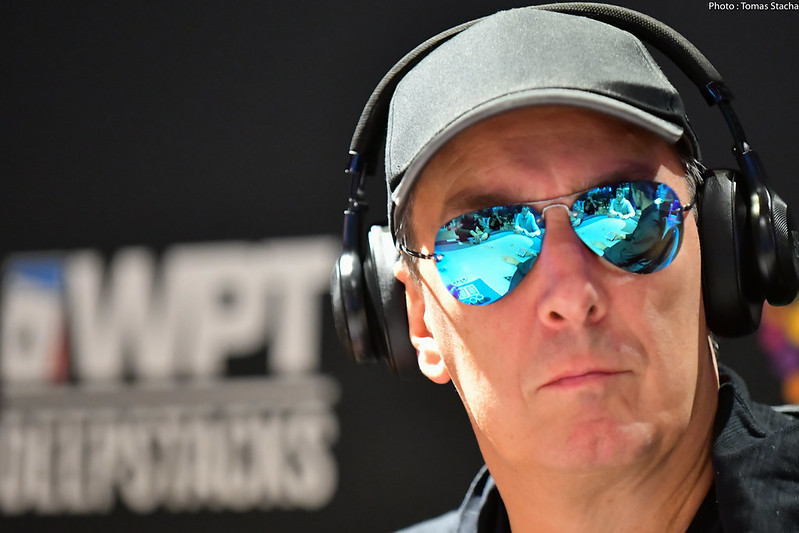 The final three of van Oort, van Zijp and Astima was then set with the latter the short stack. Astima held his own for a long period, taking down several pots pre-flop after neither van Oort or van Zijp was willing to call his all-ins.

The players sized each other up throughout a whole level before the tides changed after the break. Astima doubled through van Oort earlier on, and then just a couple of hands later he condemned van Oort to the rail after his ace-jack held against queen-eight suited.

Heads-up play then got underway, with Astima extending his lead early on, only to see van Zijp completely turn the tables and take control.

It was then all over when Astima got all his chips into the middle with pocket tens, only to see van Zijp call with pocket jacks and hold on the most important board of the day to seal his victory.

But for now, that’s all from Brussels. We shall see you again at our next stop! We hope you can join us there!

News Matt Clark WPTDeepStacks Heads Back to Brussels in November

WPTDeepStacks returns to the middle of poker-hungry Belgium on November 8 for WPTDeepStacks Brussels. The event features a €1,200 buy-in Main Event accompanied by a full festival schedule. Season IV’s autumn trip to Belgium attracted 400 runners and awarded over €90,000 to first-place winner Laurent Polito. Earlier in Season V, Ioannis Angelou-Konstas beat out 315 entries to…

News WPT Staff WPTDeepStacks Brussels is Back From February 5-10