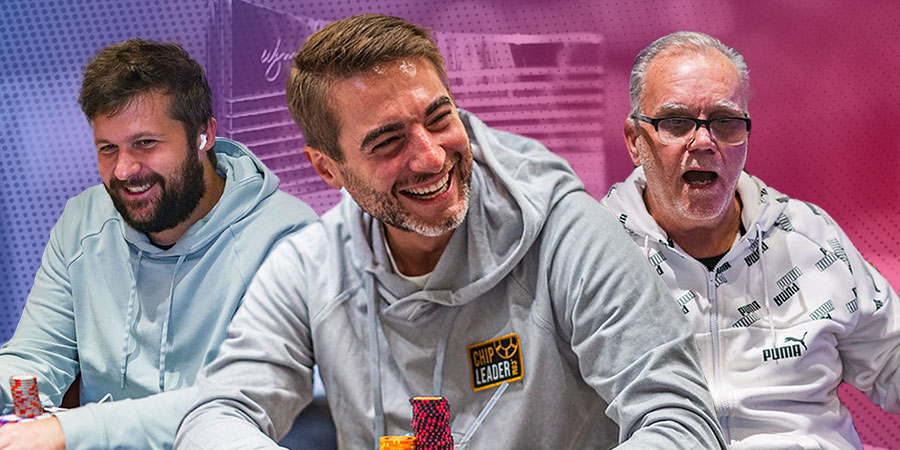 The WPT World Championship at Wynn Las Vegas is perhaps the most ambitious tournament ever produced in the WPT’s 20-year history. With a $15 million guarantee that promises multiple seven-figure paydays, one thing is for sure – the field is going to be massive. Professional and recreational players will be coming out of the woodwork to battle for a life-changing score and a prestigious, permanent spot for their name on the WPT Mike Sexton Champions Cup.

Choosing players in a field so big is a tough hand to play. However, to thrive in these conditions we’re looking for those players who can skillfully navigate large fields, have a knowledge of the WPT player base, and, frankly, have a little bit of heat behind them. So let’s get into our First Rounders for the WPTWC.

In a field that is likely to be so big and so diverse in experience, what you really need in a first pick is a blue-chip player who has proven that they excel at navigating large-field events and are able to take advantage of every spot. That’s why we’re going with Chance Kornuth. Just look at his record – Kornuth continually puts himself in a position to win, no matter the buy-in, field size, or talent pool.

Plus, he’s been running red hot in 2022. He kicked off the year with back-to-back victories in PokerGO’s Stairway to Millions series for a combined haul of more than $130,000. In the months of April and May, he picked up three six-figure scores, including closing out the final table of WPT Choctaw taking home the $486,600 first-place prize and his first WPT title. Kornuth has more than $11 million in career tournament earnings, roughly $2.7 million of which he’s locked up in the past 12 months.

Ultimately, you want a guy who’s been there before and can battle with the best… and the rest. There are a number of players this applies to, but we’re backing Kornuth as our top pick. Besides, does anyone take a better winner’s photo?

Kornuth is our number one…that is unless you want to pick Chad Eveslage. Eveslage has been on an absolute heater in 2022 that’s included a career-high bracelet winning score at the 2022 WSOP $25,000 High Roller for $1.4 million and another seven-figure win as the WPT Five Diamond champion for $1,042,300 (and his second WPT title). He nearly made it three titles when he made back-to-back WPT Main Tour final tables and finished in third place in the WPT Rock ’N’ Roll Poker Open for another $390,000.

In total, Eveslage has amassed roughly $3.7 million of his career $7.1 million in live tournament earnings in the past 12 months alone. His four WPT cashes in 2022 have him sitting at the top of the WPT Player of the Year race, and there’s no doubt that Eveslage is hoping to show out in the WPTWC in order to close out what is assuredly a career year and lock up the WPT POY award in the process.

Current Global Poker Index #1-ranked Adam Hendrix is an all-out grinder, one who is perfectly suited to succeed in this field. If there’s a tournament with a decent prize pool in Las Vegas, you’ll see Hendrix in the mix. In 2022 alone, he’s posted results in 35 different events with buy-ins ranging from as little as $600 at the WSOP to the five-figure entries of the PokerGO Tour. He’s become accustomed to thriving in both elite and recreational fields. He’s proven he can succeed in the WPT with three in-the-money finishes this year as well – including a final table finish at WPT Legends of Poker for $119,000.

Hendrix has the experience with plenty of six-figure scores (11) on his resume as well as a trio of PGT titles, a Wynn Summer Classic victory, and the top spot on the GPI. However, he’s still hungry and in search of a major title, so you shouldn’t be surprised if he makes yet another deep run here in December. 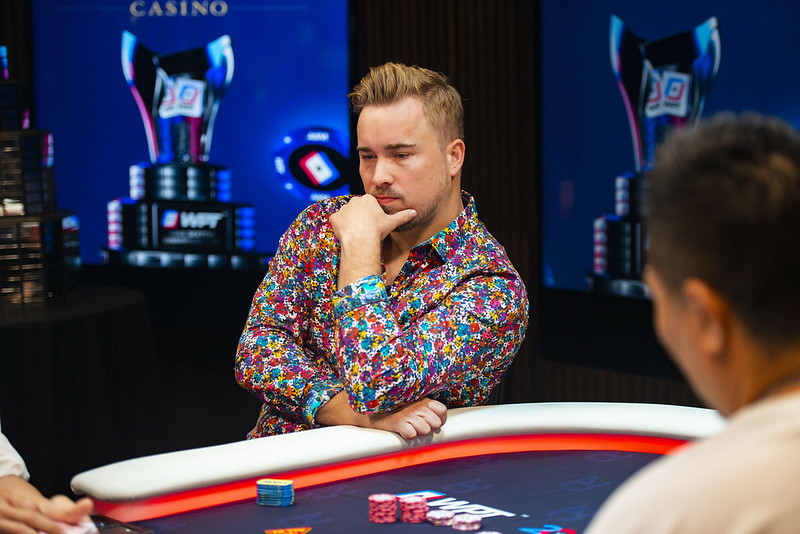 Speaking of grinders – we recently called Jesse Lonis “The Busiest Man in Poker in 2022” and apparently he’s gotten even busier as the year comes to a close. Lonis, who you can find in just about every mid-stakes event he can physically get to, has, essentially, cashed in a live event once a week on average for the entire year – and just last week, he did it again. Lonis chopped up the $600 Opening Event of the WPT World Championship at Wynn Las Vegas Festival for $122,000, the third-highest score of his short career.

One gets the feeling that Lonis is the epitome of a guy who plays every tournament the same regardless of buy-in. Online or live, he doesn’t seem to care as long as he’s in the middle of the action – and there’s going to be plenty of action in the WPTWC. Plus, if the WPTWC takes the better part of a week, Lonis is going to need to find a cash somehow to keep his average up, so it may as well be at the final table.

This could be Angela Jordison’s year. In fact, it already is.

Just one year ago, Jordison made the final of the MSPT Minnesota Winter Poker Classic for what, back then, was a career-high score of over $48,000. Since then, Jordison has been on a nearly year-long heater that’s included a third-place finish in a $1K at the WSOP for $151,544, a victory in a WPT Legends of Poker $1,100 Festival Event for $84,400, and a fourth-place finish in November’s WSOP Circuit $1,700 Main Event for another $96,595.

Jordison had seven five-figure scores between 2006 and the aforementioned MSPT victory. In the past year alone, Jordison had a summer stretch in which she cashed for six figures five times in a two-month span, totaling eight to date. Those big-time finishes and a flurry of results just prove that Jordison is a bet worth taking. A nice run in the WPTWC could be just the thing to send her soaring over $1 million in career live earnings. 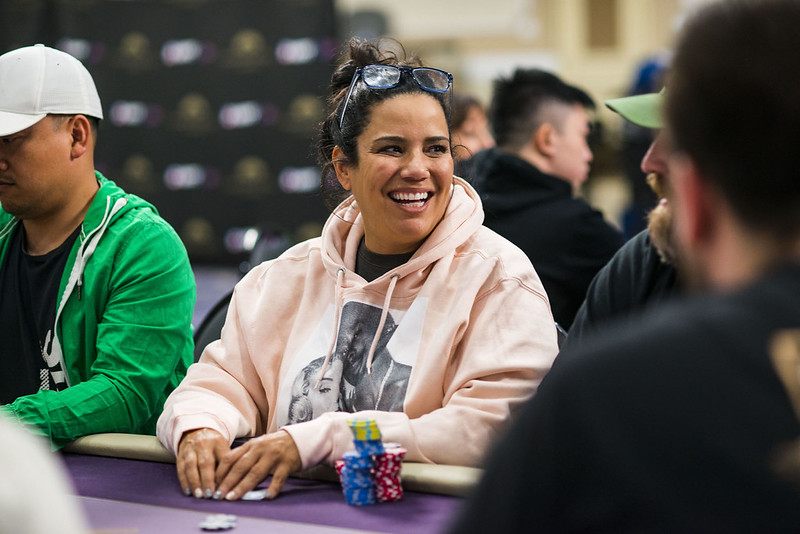 Looking for a home run hitter in the field? A real boom or bust guy? Look no further than Josh Kay. Kay has outperformed in WPTs this year, including taking down his largest career tournament score last month with his runner-up finish in the $3,500 WPT Seminole Rock ’N’ Roll Championship. Why is he a home run hitter? According to The Hendon Mob key only has three recorded cashes in 2022 – all on the WPT, two of which were six-figure final table finishes.

In fact, Kay’s been pretty dedicated to the WPT and has found plenty of success on the tour over the years with 21 cashes and more than $1.6 million of his $2.6 million career earnings coming from WPT stops. You might call him a WPT specialist. Kay is also currently sitting fourth in the 2022 WPT Player of the Year race with as good a shot as any to make a career-defining deep run in the World Championship.

Keep An Eye Out

Mike Vanier – Vanier may not be a well-known name, but the 2022 WPT Venetian runner-up has made deep runs in three of the final four WPT events of the season and has eclipsed $1 million in live earnings this year.

Steve ‘Cuz’ Buckner – Buckner’s been around the block for years now, but 2022 has been a special one for the cigar-chomping WPT fixture. A pair of runner-up finishes at WPT Choctaw and WPT Five Diamond World Poker Classic has put the man known as ‘Cuz’ near the top of the WPT Player of the Year standings and given him a renewed sense of confidence on the felt. Not that he needed it.

Justin Zaki – Crushing the mid-stakes as of late, Zaki has had solid showings in five different WPT events in 2022. While he hasn’t had a breakthrough cash this year, his solid and steady results plus $3.7 million over more than 10 years playing live make it so you always need to be watching Zaki in these WPT fields.

Denis Shafikov – Season XVIII WPT Russia champion Denis Shafokov may remain a little under the radar when it comes to the biggest names in poker, but the Ukrainian has been grinding WPTs this year and getting better with every stop. He has three cashes, the first where he finished 38th at WPT Choctaw, then 15th at WPT Venetian Las Vegas, and finally, he climbed to 11th place at the recently completed WPT Seminole Rock ’N’ Roll Poker Open. If his trend continues, a WPTWC finish of higher than 11th place will be worth far more than the $62,500 he received for his last deep run.

The WPT Venetian Final Table began with a historic lineup that, for the first time, included three women among the final six. But after a surprisingly quick final table, it was Chad Eveslage who won the trophy, the title, and $910,370. This was the opening lineup: Seat 1.  Chad Eveslage  –  17,725,000  (142 bb) Seat…