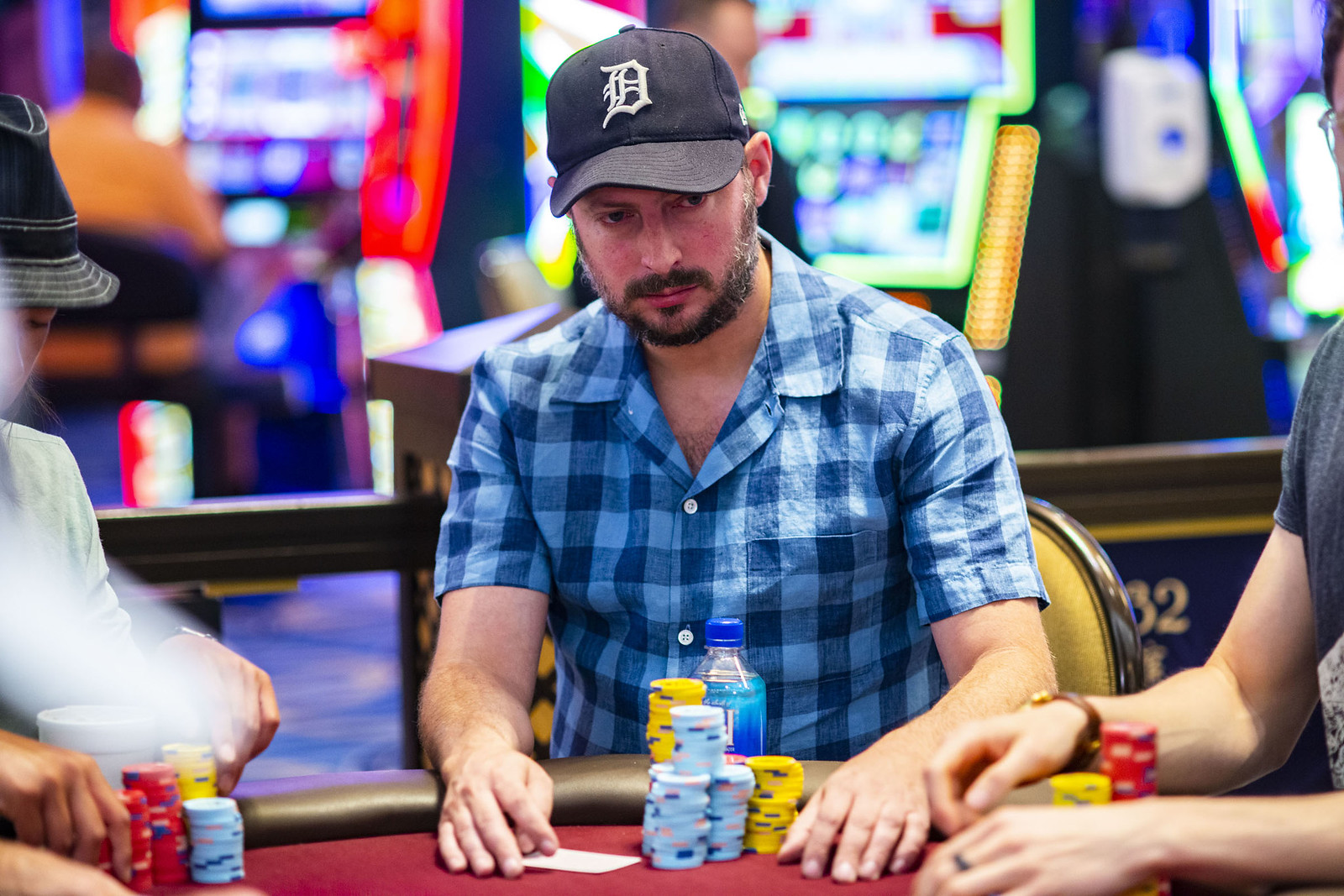 Nate Silver (pictured) has been playing poker for most of his adult life, but he rose to mainstream prominence as the founder and editor-in-chief of FiveThirtyEight, a media outlet that focuses on analysis of politics, economics, and sports.

Silver is the best-selling author of the book, The Signal and the Noise: Why Most Predictions Fail — But Some Don’t, which was named Amazon’s Best NonFiction Book for 2012, and chosen by the Wall Street Journal for their list of 10 best nonfiction books for that year. Silver is currently working on his next book, which will be about gambling.

Silver picked up his first WPT cash at the WPT Seminole Hard Rock Poker Showdown back in April, finishing 161st to earn $7,465. He began Day 2 with 462,000 in chips, and we briefly spoke with him at the end of Day 1B, when he finished as chip leader.

What brought you to Las Vegas?

Silver:  “I’m working on a book about gambling, and it has a poker component to it. So I’ve been meeting players, and immersing myself in the lifestyle, so to speak. … I actually prefer live poker a lot, but online helps cement my ABCs. I have really smart poker friends I talk to, and I get coaching, so I take poker very seriously.”

How deep would you have to go in this event to consider it a major life accomplishment?

Silver:  “I think the final table. Well, it depends. A final table in an event this big. I’m aware that we’re going to have 1,200 entrants or something. Even being the chip leader, your chances of winning the tournament are pretty low, and I know that. A final table would be great, for sure, but if I get there, I’m going to be hungry, and talk to my friends and my coaches and do the best I can to maximize that opportunity.”

By bagging up a big stack on Day 1B, you now have the day off for the Fourth of July. Do you have any plans?

Silver:  “I was going to work on my book and meet people, but now I have enough chips that I think I have to relax, and game plan a bit. The problem with playing poker as a hobby is that poker is a lot of work. A day like this, 10 hours since I bought in during Level 1, it’s a lot of work. And you get really tired, and you have to stay alert. So I’ll hopefully relax and maybe meet some friends for BBQ and have a few beers.”