In the lead up to the WPT Online Poker Open powered by partypoker US Network, David Coleman just wasn’t up for an interview. His story as a New Jersey online poker pro seemed fitting, not to mention he’d previously won two trips to play in the WPT Five Diamond World Poker Classic. It seemed like a nice angle for a preview of the event. Despite some nice history winning those trips at BorgataPoker.com (a partypoker US Network skin), the 26-year-old from Livingston, New Jersey, politely declined but still planned on playing the event.

After attracting 868 entries and smashing the $300,000 guarantee for a $317,540 prize pool, the WPT Online Poker Open became the biggest event ever in New Jersey for the partypoker US Network. Coleman then became the center of an even bigger story and definitely needed to be interviewed. In fact, a winner’s profile was in order as “TheKing411” took down the tournament for $56,586 plus an $11,000 prize package to play in WPT Five Diamond.

“It feels incredible,” Coleman says. “Winning a poker tournament always does, but this one was something special. I have a very underwhelming live tournament resumé, so this is for sure the most notable win in my career.”

After earning the title Coleman even told friends the irony of turning down an interview to preview the event and then winning the same tournament. He describes his run as one of those times where not much seemed to go wrong.

“I ran super well the entire tournament,” he says. “Everything seemed to go my way. I was on the right end of a few coolers at the final table, including making a full house versus a rivered nut flush during three-handed play and flopping a 6-high flush versus a 5-high flush during heads up play to seal the deal.”

With so many players at home during the Coronavirus pandemic, Coleman is glad to see the WPT also branching out online in the state. He’s pleased to be the first WPT New Jersey online champion.

“I have played a bunch of WPT events in the past and have always enjoyed the structures and big prize pools,” he says. “With live poker being shut down for the foreseeable future, it was a unique experience for myself and the rest of the field to play a WPT event from the comfort of our own homes.”

Coleman is a full-time New Jersey online grinder. He says the state has a relatively small, tight-knit poker community. That’s given him the chance to meet a lot of other players.

What’s an average week like at the tables? He plays three to five times a week beginning each day between somewhere 5 and 8 p.m. He usually wraps up a session by 3 a.m. He also likes to exercise and eat healthy before playing. Like many, Coleman got into poker at an early age – playing for fun in middle school and high school with friends. 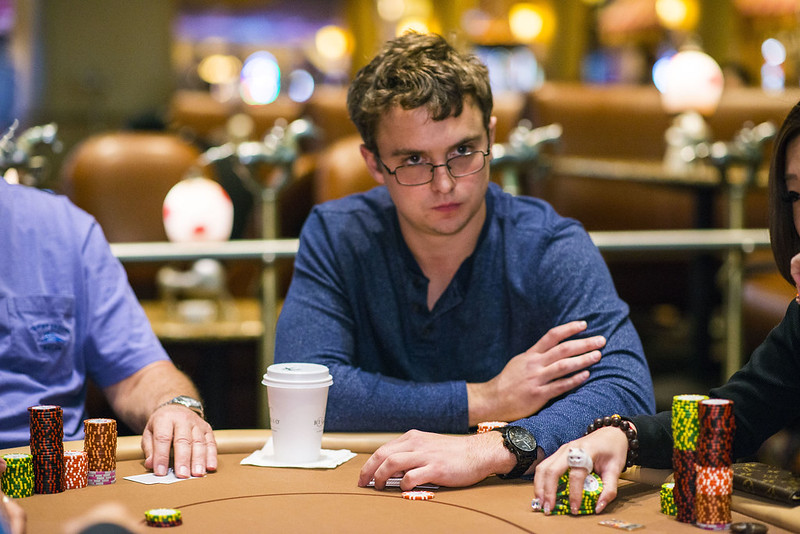 “I was drawn to the competitive and strategic aspects of the game,” he says. “After college, I started playing online and had decent success early on.”

Coleman has now added to that significantly. At the live tables, he also has more than $176,000 in live tournament winnings. The best of that came this January in a Borgata Winter Poker Open $1,000 preliminary event where he finished fifth for $25,563.

When not playing poker, Coleman enjoys playing and watching sports. With most organized sports on hold during the pandemic, disc golf has been a nice way to stay socially distanced and fill the competitive void. It’s offered a great way to stay active and enjoy the nice summer weather.

Not married, Coleman has three brothers and credits his family for their support of his poker career and his success at the tables. He has no big plans for his latest score, but does plan to invest some. He’s hoping the US online poker boom continues to pay dividends for the industry.

“With casinos being closed, I hope that more states will legalize online poker and merge player pools with the other legal states,” he says.

In the meantime, look for him at the tables online in the Garden State. Then he’ll once again have a shot at an even bigger score in Las Vegas.

“The Five Diamond has become one of my favorite live tournaments to play every year,” Coleman says. “I won a seat in the event on BorgataPoker.com in 2017 and 2018, and really enjoyed playing the tournament despite having poor results. I missed it in 2019 but would have likely played it this year prior to COVID-19. I’m not sure when the next Five Diamond will be, but you know I’ll be there.”