They started with 461 entries altogether, producing a huge $2,143,652 prize pool that more than doubled the WPT bestbet Bounty Scramble’s $1 million guarantee. The top 54 finishers get to divide those riches, with exactly half of them having already made the cash to leave 27 more to return for today’s Day 3. Of course, the great majority of the prize pool still remains to be won, with a cool $421,068 up top for the eventual champion.

They started with 461 entries altogether, producing a huge $2,143,652 prize pool that more than doubled the WPT bestbet Bounty Scramble’s $1 million guarantee. The top 54 finishers get to divide those riches, with exactly half of them having already made the cash to leave 27 more to return for today’s Day 3. Of course, the great majority of the prize pool still remains to be won, with a cool $421,068 up top for the eventual champion.

Nor will making tomorrow’s six-handed final table be a simple matter, either, even for the big stacks. Play resumes at 12 noon Monday, as will our coverage. Come back then to start following the scramble for final table seats here at the bestbet Jacksonville. 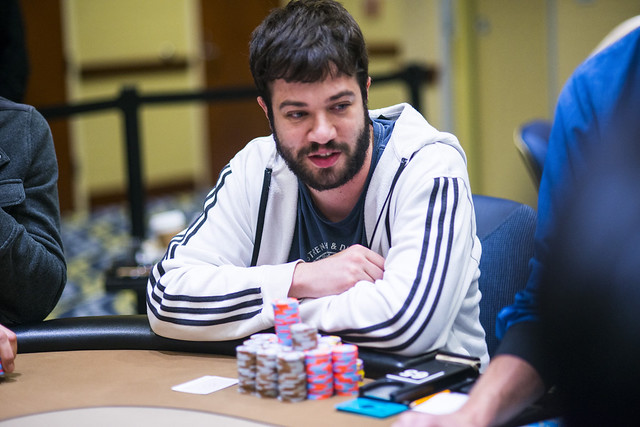 Among the Day 2 starters were 15 of the 40 original bounties, each of them carrying a $2,500 price on their heads. Jason Mercier was the first of those to fall, and he was soon joined on the rail by the likes of Barry Shulman, Lee Markholt, Brian Hastings, Jonathan Little, Andy Frankenberger, and reigning Player of the Year Mukul Pahuja. 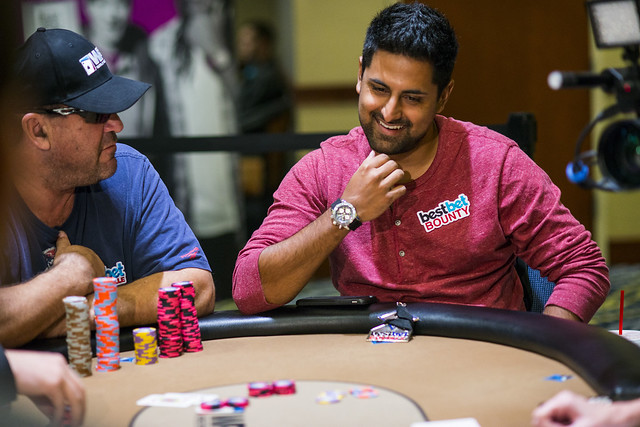 Noah Schwartz and Jared Jaffee have both won WPT events in this building, and both of them lasted relatively deep into the day. Neither of them could fade elimination, though. Their bounties were both claimed in the middle stages of the day, the latter taking a bad beat at the hands of Jamie Gold to make a frustrating exit in 47th place. 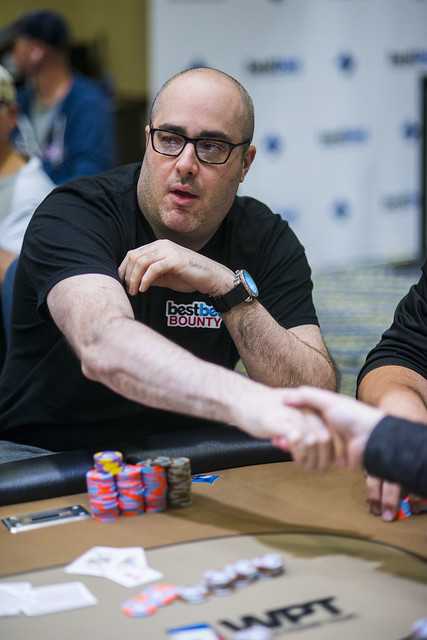 Eventually, Shannon Shorr and John Racener were the only two players left with medals hanging around their necks, and they tangled up in a pot that ended with Racener exiting in 39th place. Shorr was awarded that bounty along with a pair of Monster headphones and a bottle of Dom for being the last remaing bounty player. 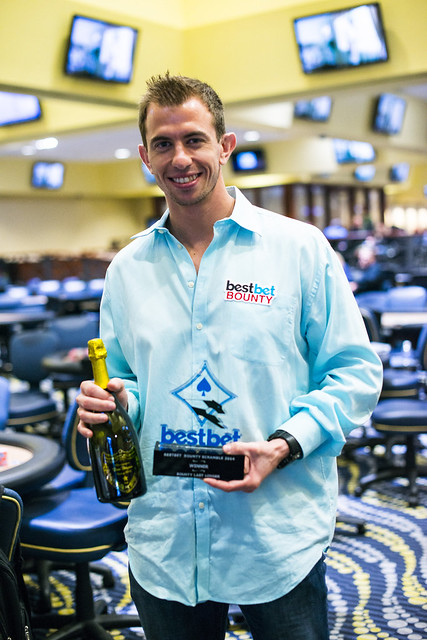 With the registration numbers finalized overnight, the prizepool was released today as well. The final 54 players were slated to earn shares of the $2.1 million prizepool with the eventual winner pocketing more than $420,000.Action slowed predictably as the bubble approached, and Grayson Nichols was awarded the proverbial wooden spoon, bubbling in a nasty spot when his pocket aces were cracked by Saied Zamiri’s queens. 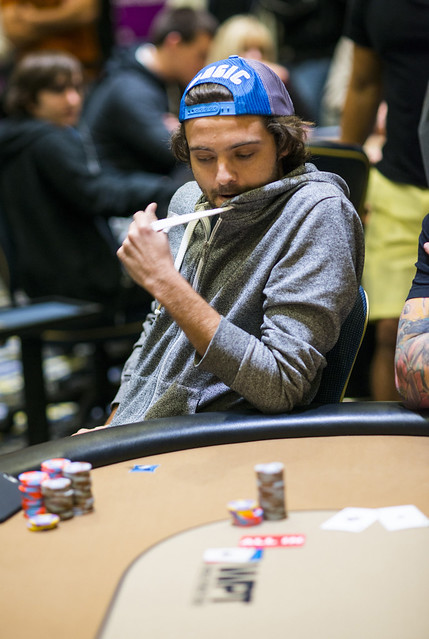 With the remaining field all guaranteed a paycheck this week, the post-bubble flurry of eliminations commenced. Daniel Strelitz, Zo Karim, Matthew Jarvis, Mohsin Charania, and NFL free agent Richard Seymour were among those to exit with a small cash. 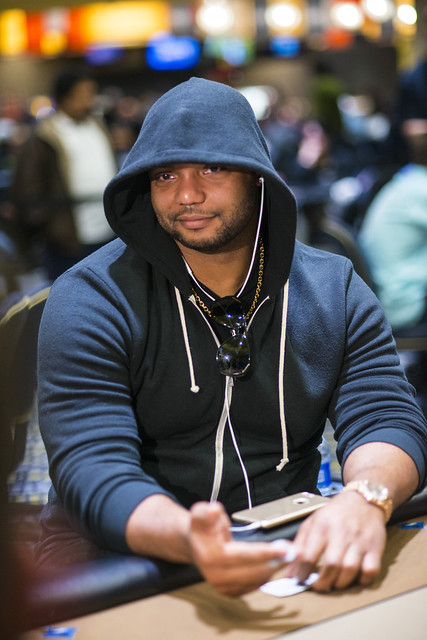 The clock ran out on Day 2 with 27 players remaing. Helder is still the man to beat with 1,312,000, but the road to the final table is full of potential potholes. WPT Champions Club member Mike Gracz notched a big double during the last level, and he finished the night in third position with 1,158,000 chips. 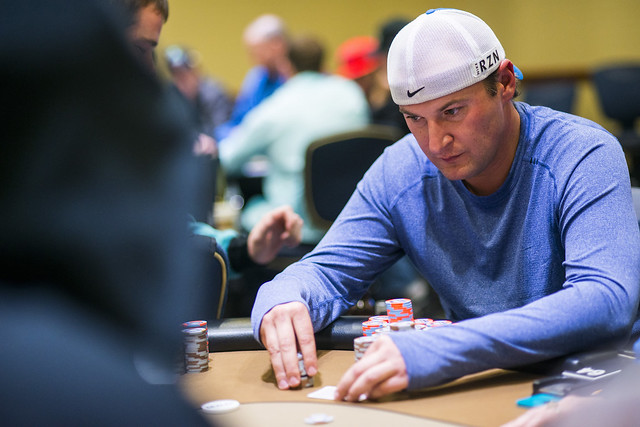 Near the bottom of the list sits fellow Champion Anthony Zinno with a short stack of 115,000. 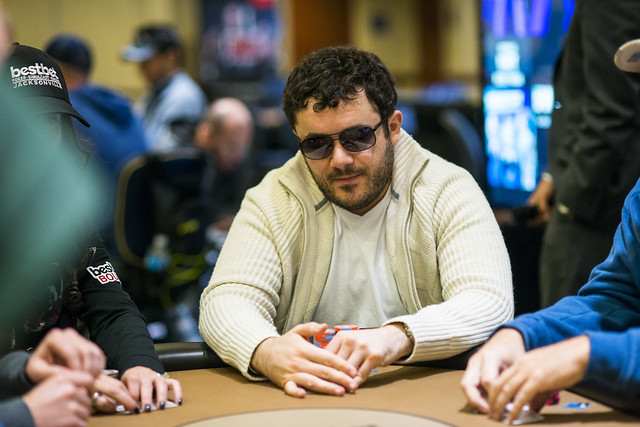 Also in the mix are the aforementioned Shorr and Gold, along with Jacob Bazeley, David Diaz, Justin Zaki, Darryll Fish, and Christian Harder, all of whom are seeking their first WPT title this week in Jacksonville. The same can be said for Daiane Mendes, the second-largest stack and the last remaining woman in the field. 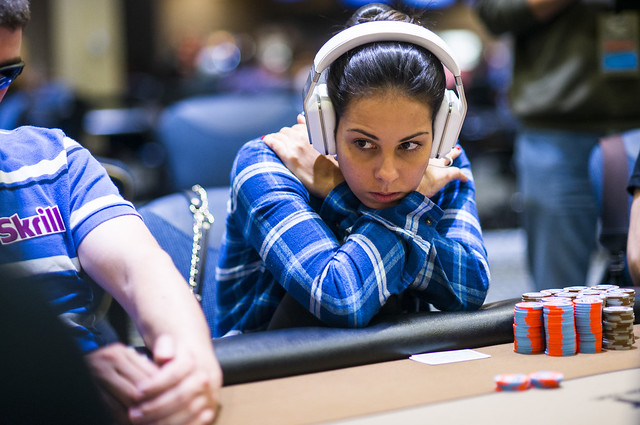 Day 3 begins at 12:00 PM EST with the goal of reaching the final table of six. Thanks to Joe Giron for the photos you’ve seen in today’s coverage; there are plenty more stories to be told over the next two days.

Congratulations to Anthony Zinno who became the newest member of the WPT Champions Club after defeating Vanessa Selbst in a short, but thrilling, heads-up battle. Zinno, who started the final day in the middle of the pack, played a patient game for much of the day, letting the table’s more aggressive players, Selbst and Cong…

With registration closed in the WPT World Championship, and the elimination of back-to-back WPT champion Darren Elias, Anthony Zinno is officially the Season XIII Hublot WPT Player of the Year. Like Elias, Zinno won back-to-back WPT titles in Season XIII, winning the televised WPT Fallsview Poker Classic and then taking down the televised WPT L.A.…