History is on the Line at WPT Seminole RRPO Final Table

No matter how you look at it, the WPT Seminole RRPO Final Table will be historic. 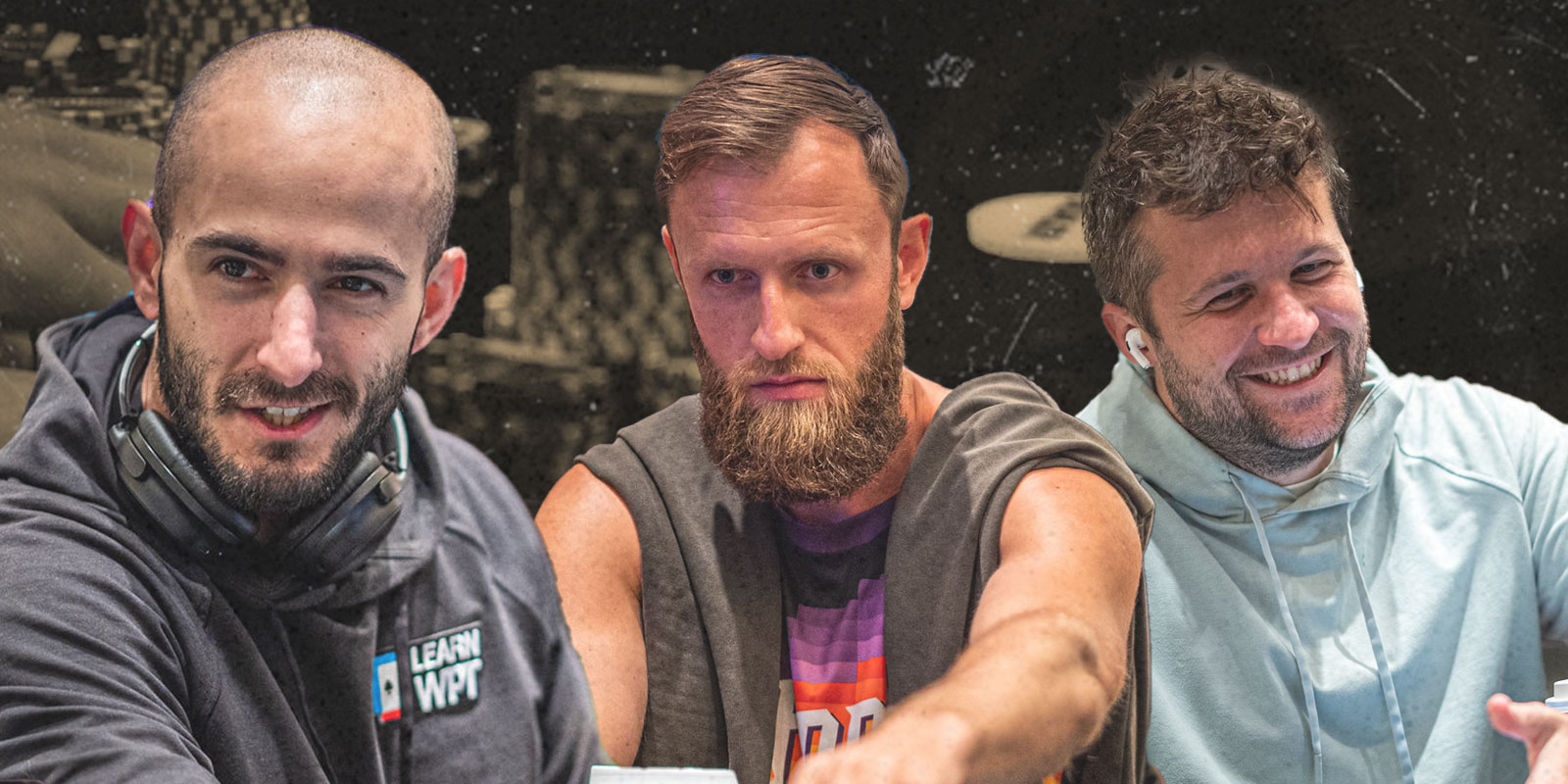 Everyone at Wednesday’s WPT Seminole Rock ’N’ Roll Poker Open final table have something vital to play for. Top of mind, it’s the $785,500 first-place prize, of course. So it goes without saying that there’s a lot at stake when the final six reconvene at 2 pm ET at the Seminole Hard Rock in Hollywood, Florida to play to a winner.

For three of them though there’s something more than money on the line. It’s a path to World Poker Tour history. And for each of them, that path and the end result are different.

Chad Eveslage, Gediminas Uselis, and Brian Altman, all current WPT Champions Club members, will be playing with the opportunity to add another WPT title to their resume, a title that would be uniquely special for each.

Sitting second in chips is Eveslage. Already a two-time champion, Eveslage has more than $2.2 million in earnings from the World Poker Tour alone – almost half of which he earned just last month by taking down the WPT Five Diamond World Poker Classic. If Eveslage is able to overtake Andrew Wilson, who is sitting with a very healthy overnight chip lead, he will book back-to-back Main Tour wins within the same season – becoming just the third player in history, joining Anthony Zinno (Season XII) and Darren Elias (Season XIV) to accomplish this feat.

For the poker historians out there, it’s true there have been other back-to-back close calls in the past. Art Papazyan won back-to-back events…that he played in. During Season XVI Papazyan took down WPT Legends of Poker and WPT Maryland at Live! Casino in the course of a couple of months. However, there was a stop at Borgata in between.

Marvin Rettenmaier also booked back-to-back victories back in 2012. However, his two wins, while in subsequent events, spanned two seasons. He took home the WPT World Championship, the finale of Season X. He then came back months later and picked up his second WPT title in the opener of Season XI, WPT Merit Cyprus Classic. A place in history of of its own.

If Eveslage navigates his way to the win, he’ll soar to more than $7.5 million in total career live earnings and become a three-time champ, just the seventh three-time champion in 20 years of the Tour.

Uselis is also looking for back-to-back wins – but in his case, it’s for the same event. Just last year, in the record-setting WPT RRPO field of Season XIX, the Lithuanian grinder bested eventual WPT Player of the Year Jake Ferro in heads-up play en route to defeating the 1,566-entry field. He walked with $778,490 – a career-high score.

Now, with just six players left, Uselis has put himself in a position to not only best his previous high score but grab his second WPT title in the same event in which he won his first. Uselis, currently sitting fifth in chips (with right around 20 big blinds) would become the first player to essentially defend his title and only the second player to ever win the same event twice. The only other player to do the latter…

Brian Altman. Altman, a three-time World Poker Tour champion and former WPT Player of the Year, with more than $2.8 million in WPT earnings is looking to break through into a new stratosphere and open up the race to become the first player to five WPT titles.

It’s been roughly five years since Elias captured his record-breaking fourth WPT Main Tour title, an achievement that’s labeled him by some as the WPT G.O.A.T. Since that time he’s found plenty of opportunity to record his fifth win, including a runner-up finish right here in Season XX at the WPT Seminole Hard Rock Poker Showdown. However, it hasn’t happened just yet. But during that time, Elias has kept that lead ahead of a handful of challengers: Anthony Zinno, Eric Afriat, Chino Rheem, Gus Hansen, Carlos Mortensen, and Altman.

Altman, sitting third in chips right behind Eveslage, is at his first WPT final table since the last time he took home a title.

“There’s something that feels really nice about having three titles under my belt and being so close, really just one tournament away, from getting number four,” Altman said back in 2021. “That could happen next tournament, it could be years, it could never happen.”

Well, he’s going to have the opportunity to make it happen on Wednesday.

All of that potential history is exciting to think about but here are three other very tough players in contention who are looking to write some history of their own. 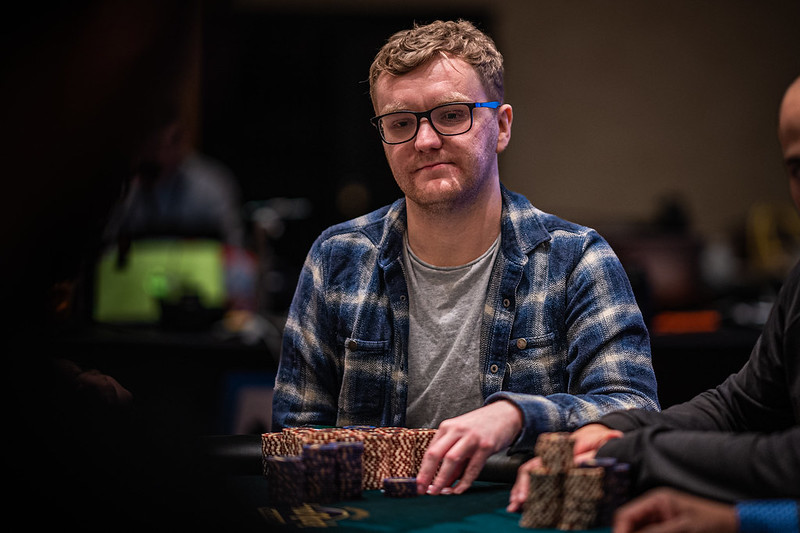 Wilson (above) holds an enormous chip lead over the final six. With more than $620,000 in live earnings, and a healthy online resume to add to it, the UK-based grinder is poised to break through with his first recorded major. He’s finished runner-up for both an online WSOP bracelet and a live one in Las Vegas in the past two years. He scored second again in an EPT side event in 2022, so there’s no doubt he’s looking to advance his position and add his name to the Mike Sexton WPT Champions Cup

Any way you look at it, history will be made at the WPT Seminole Rock ’N’ Roll Poker Open. Tune in to the livestreamed final table at 2:30 pm ET.

Season XIV of the World Poker Tour continued on Friday with Day 1A of the partypoker.net WPT Montreal. A total of 127 players took to the felt and after 10 levels of play, 45 players bagged up and will return for Day 2 on Monday. Leading the Day 1A survivors is WPT Champions Club member…

Day 3 of the partypoker.net WPT Montreal Main Event came to a close with 16 players remaining on Tuesday night, and leading the way is Trevor Delaney with nearly 3.3 million chips. Delaney already has a WPT final table appearance at Playground Poker Club this season, with a fifth-place finish in the partypoker WPT Canadian Spring Championship.…