Hoops and Hold’em: Earl Barron Battles on the Court and the Poker Felt 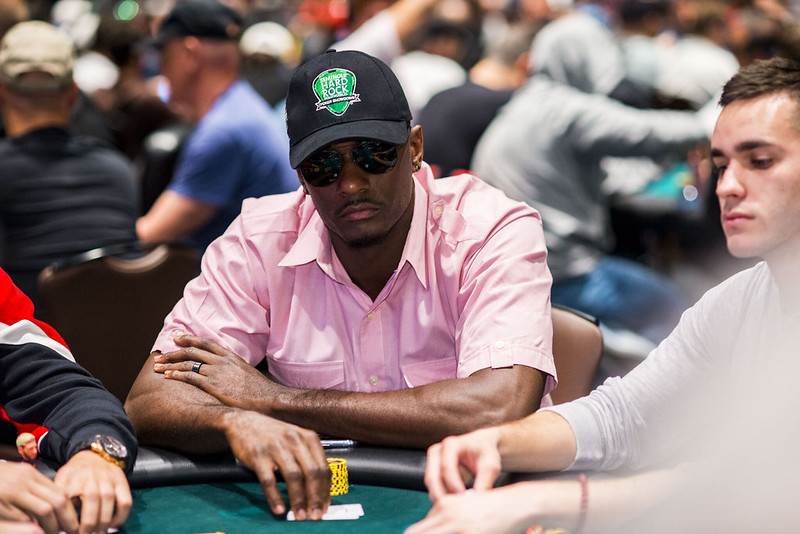 The 13 seasons in professional basketball didn’t come easy. After playing four years and graduating from the University of Memphis, Earl Barron’s name wasn’t called in the NBA Draft. The 7-foot center instead played in Turkey, the Philippines, and the D-League. After plenty of hustle, Barron achieved his goal to play in the NBA in 2005 when he was signed by the Miami Heat.

He spent three seasons with the team, and not only won a title in 2006 but also added something else to his repertoire.

“I actually started playing poker when I was with the Heat,” he says. “I played sit and go’s here at the Hard Rock. This is where I learned how to play. From there it’s just been being around guys who have been around and know the game a lot, watching on TV, asking questions, reading, and watching videos.”

The local basketball star is now among those playing in Day 2 of the WPT Seminole Hard Rock Poker Showdown. Barron found an early double up to grab some momentum before the first break.

“The day is going really well,” he says. “I picked up Aces shortly after you asked me to do the interview – Aces against Ace-King for a nice double.”

At the first break, he was up to about 140,000. Originally from Mississippi, the Showdown worked out well in his plans after his wife was coming into town for a birthday night with friends. Barron tagged along to play in the Showdown.

“I came down to play a satellite and try to plan the main event,” he says. “I played a $150 tournament, made the final table, and won about three grand. So I was like, ‘I’m going to buy-in and give it a shot.’ I’ve been running pretty good lately.”

The NBA playoffs are now underway and a popular viewing option on the screens in the Seminole Hard Rock tournament area. Barron may be the only player in the field who knows the NBA on-court experience first-hand.

Along with the Heat, Barron spent time with the New York Knicks, Phoenix Suns, Milwaukee Bucks, Golden State Warriors, and Washington Wizards as well as teams in Puerto Rico, Taiwan, and Japan.

After ending his NBA career in 2015, he finished with an average of 4.6 points a game with 3.5 rebounds in 140 games. His time here in South Florida is the highlight of his time on the court, but the 37-year-old also enjoyed playing in New York.

“That was my first team to sign a contract with after the D-League,” he says of the Knicks. “That’s always something that stands out, getting an opportunity to play in Madison Square Garden.”

Along with his NBA stops, Barron has had some time to travel after playing for several international teams. It’s given him a chance to experience different cultures. What has been his favorite location?

“I like the Philippines,” he says. “There’s really good weather, but it rains a lot and the humidity is crazy. But there are great people, good food, and it was just fun. They love basketball and we had great fans.”

One might think athletes on long road trips would be ready to strike up an occasional poker game to pass some time on those long road trips. Maybe break out the chips and cards on the next flight to play the Mavericks or Lakers? However, that’s not as common as many might think. A few of Barron’s teammates played, but not too many.

“There were all other card games,” he says. “But this game has too much strategy and some guys don’t have the patience to sit there and play poker.”

However, a few exceptions stand out. Some of the Suns were regular players including Jared Dudley and Grant Hill. While playing in Milwaukee, some on the team, including trainers and staff, got together for an occasional $1/$2 cash game. One player stands out.

“Earl Boykins played and he was a pretty tight, solid player,” he says.

Now living in Arizona, Barron plays about three times a week and some tournaments on the weekend. He loves the game and continues to work on honing his skills.

“It’s just something that I picked up and learned,” he says. “It’s part of my competitive nature.”

After such a long career on the court, Barron now hopes to offer some of the knowledge and skills he’s amassed to others.

“I just got lucky that I was talented enough and had older guys who mentored me, and showed me what they learned in college. I think it’s important for young kids to start at the bottom, learn the fundamentals, and slowly progressively get better.”

He’s taken that same approach himself at the poker felt. Could Barron be the first NBA champion to add his name to the WPT Champions Cup? It’s not out of the question but definitely isn’t a slam dunk. 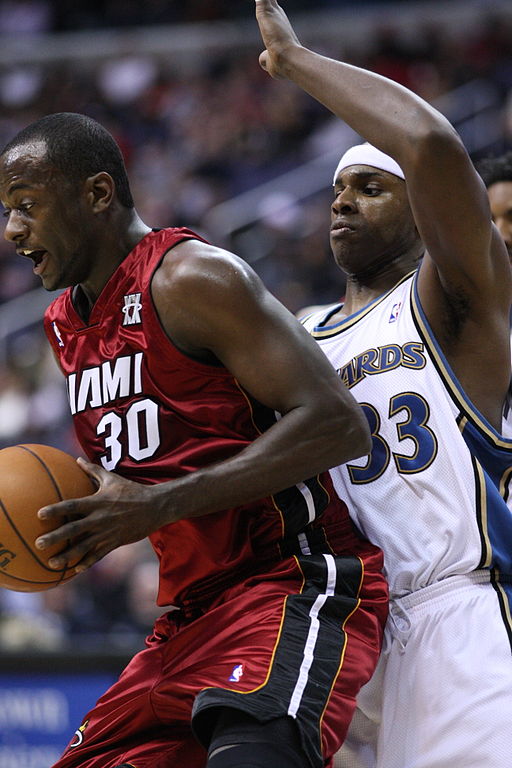