At 7:05 pm (GMT) last night, the table was set for nine players to do their best to campaign for the title of WPT Champion, a huge cash prize, entry into the WPT Champions Club, and qualification to the Tournament of Champions each year. The stakes were enormous, and it took over five hours for a conclusion to be reached, with Great Britain’s Jack Hardcastle the one to go the distance and have their name engraved on the historic Sexton Cup.

Hardcastle’s performance was an impressive one, and all the more so considering the calibre of his competition. First to bust was Upeshka De Silva who had begun at the back of the pack, failing to ladder before his elimination with ace-king versus Rayan Chamas’ ace-king suited. A flush on the turn sealed the deal for De Silva who collected $37,024 in winnings.

Marcel Kunze wasn’t far behind, with less than 20 big blinds, he cold 4-bet jammed with ace-jack suited, only to run into 3-better Andrei Kriazhev’s stronger holding of ace-king. The German walked away with $46,684. Joining him at the rail an hour later was Jakob Miegel. Once again, the short-stack was in behind, opening for almost half of his 11.5 big blind stack with ace-three suited and calling off the rest when Hardcastle set him in with ace-king. The preflop favourite held and Miegel banked $58,650 for his 7th place result.

Charles Chattha had a rollercoaster of a ride throughout the final, ascending into the chip lead early doors after being on the right side of a cooler with pocket-kings versus Chamas’ pair of ladies. That lead was extended when Chattha cracked Kriazhev’s pocket-rockets with a flush and the Brit also made two big laydowns, saving himself valuable chips. He failed to avoid the last hand, which cost him his place at the final table though. Opening king-queen suited on the button, Chattha 4-bet all in over Hardcastle’s raise with pocket-kings and the rest was history. A 6th place finish secured him $74,119.

Then came a spate of outdraws and Kriazhev was the first casualty. For a second time Kriazhev was dealt pocket-aces and this time he got the chips in preflop against Dan Shak who had ace-king suited. A flush on the turn left Kriazhev on the ropes and he was unable to recover, the last of his stack taken by Felix Schulze. Kriazhev’s deep run was worth $95,672, and he went home the last player to leave without a six-figure payday.

Schulze fell next and the WPTDS Amsterdam Champion also got it in good, peeling a 3-bet pre with ace-jack suited and calling his all-in on a jack-ten-five flop against Rayan Chamas’ king-ten of the same suit. The turn bricked but the river brought two-pair and commentator Jeff Gross summed it up perfectly on the live stream: “We have seen some murky rivers here at this final table.” Schulze’s brutal departure would have been somewhat consoled by his $139,163 cash. 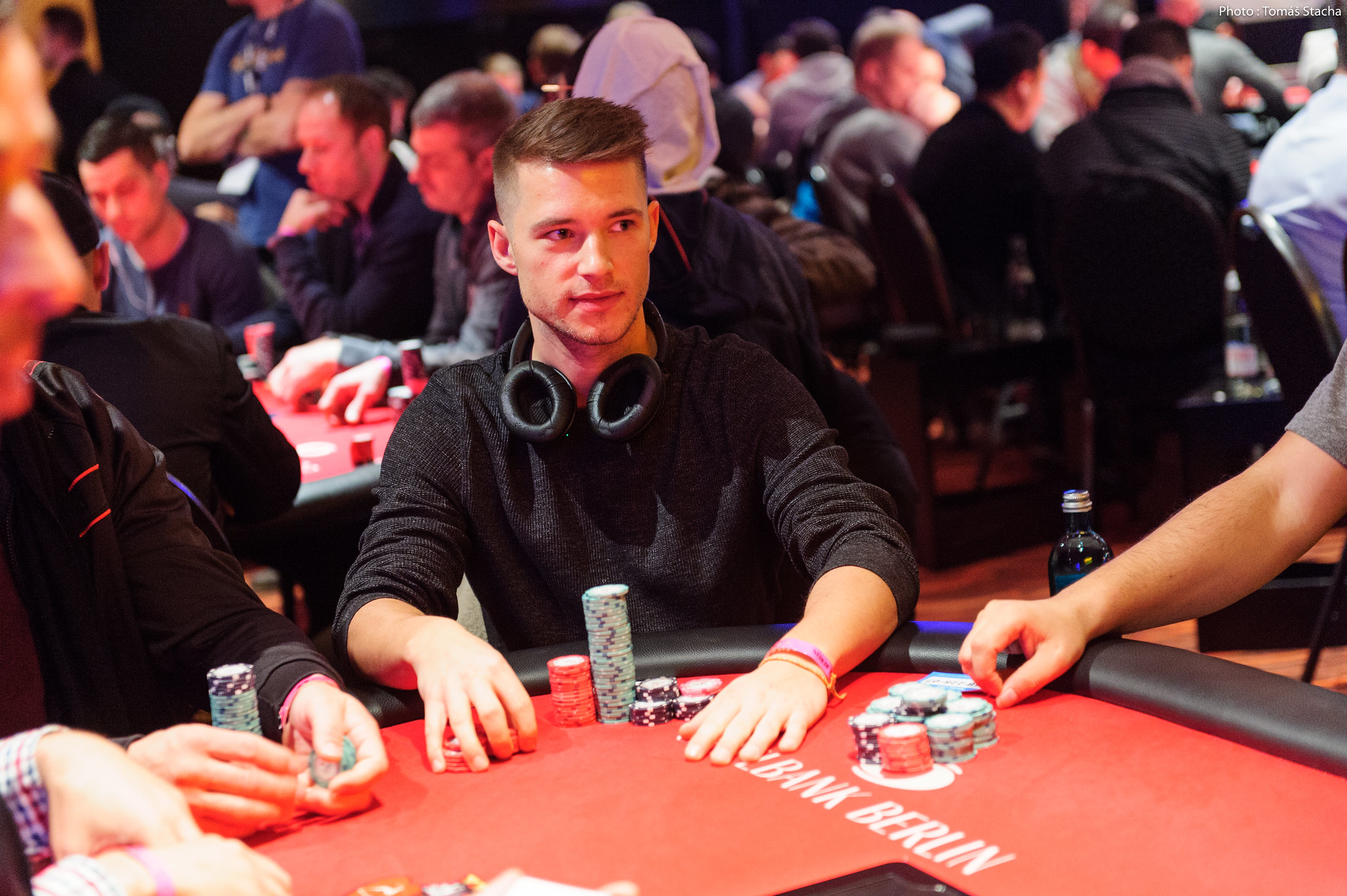 Dan Shak had been going strong, but a three-barrel bluff executed at the wrong time, saw the American fall to the bottom of the chip counts. Hardcastle was the beneficiary, holding a king-high straight and Shak was down to 20 bigs. Just minutes later, Shak called off the rest in the big blind with king-ten suited, after Hardcastle set him all-in from the small with ace-five. The marginal favourite held, and Shak took $212,458 for making it to third place.

Then there were two and both players fought admirably for the title, but the edge was Hardcastle’s as the Brit executed some impressive bluffs, rarely missing an opportunity to put his opponent to the test. The young grinder banked his career-best score just last month (spinning $109 into $270,763) and the momentum of that result was apparent as Hardcastle played with confidence throughout the hour-long heads-up match.

The outcome is a second career-record in a matter of just a few weeks, as Hardcastle collected $447,859 for reaching the top of the 888-strong field and taking the biggest slice of the $2.6 million prize pool in the process. He started with a huge chip lead but two unfortunate runouts dampened his cruise to first place, bringing a 5:1 lead back to almost even. Hardcastle wasn’t prepared to deal, however, and he turned it around, first picking off a bluff and then having the goods to call with two-pair when Chamas three-barrel bluffed in the last hand. 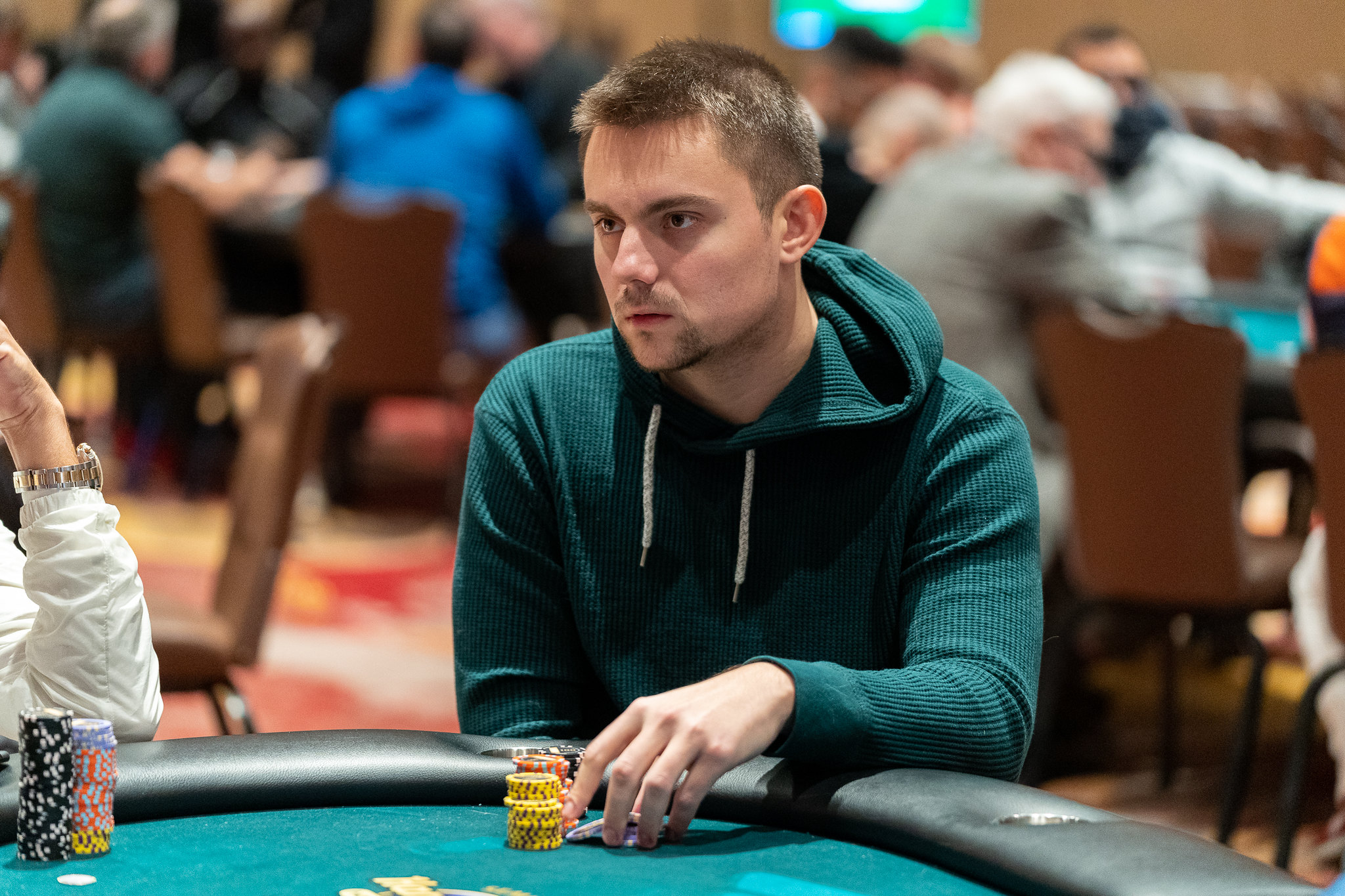 For Chamas, his performance was also noteworthy and the $308,703 was well-deserved for finishing runner-up in a tough and thrilling final table. Want to know more? You can check out the live updates page for full highlights of the final table here.

Running alongside the Main Event were the Mini and Micro incarnations, both of which played to a winner yesterday with the second and final day of the events taking place.

Almost as many entries were logged in the Mini, with 826 stepping up to play and ensuring the guarantee was crushed with $247,800 collected in total. By the time Day 2 got underway only 124 were left and they all returned in the money with $652 the min-cash.

Craig Verbeck busted first, with Will Kassouf (122nd) following him out the door soon after. Bruno Volkmann (104th) also made a min-cash for his early departure. German powerhouse Dominik Nitsche managed a couple of ladders and won $740 for placing 80th, as did Georgios Zisimopoulos (75th) and Michael Sklenička (74th), with Sosia Jiang going one better and netting $836 for 71st place.

The big names didn’t end there, with Jans Arends (37th) picking up $1,174 and Chris Moorman (30th) and WPT TOC winner Ole Schemion (27th) both banking $1,406. They were good results but no doubt each would have been disappointed not to go further.

By the time the last nine had been decided, each had secured themselves more than ten times their initial buy-in. Nikolaos Triantafyllou (9th) was first out for $3,504, followed by WPTWOC Knockout Champion Daniel Smyth (8th) who won $4,411.

That determined the heads-up line up and David Comeron Carrasco would be facing off against Tom Talboom for the top prize and title. It had been a long battle by the time it was decided, with the runtime only 11 seconds away from reaching the nine-hour mark. In the end, Dutchman Talboom went the distance and winning $42,051 in the process. Carrasco did very well too and is $28,994 better off for his runner-up finish.

The field size meant it was inevitable the runtime would be long and in the end a touch over 10 hours was needed to reach the conclusion. Thomas Clucas ($7,686) was the victor after toppling Josef Peterek ($5,241) heads up to round off the two-day tournament.

The day began with all players in the money and Cristian Meckes was out in 242nd place, the first to collect the $65 min-cash.