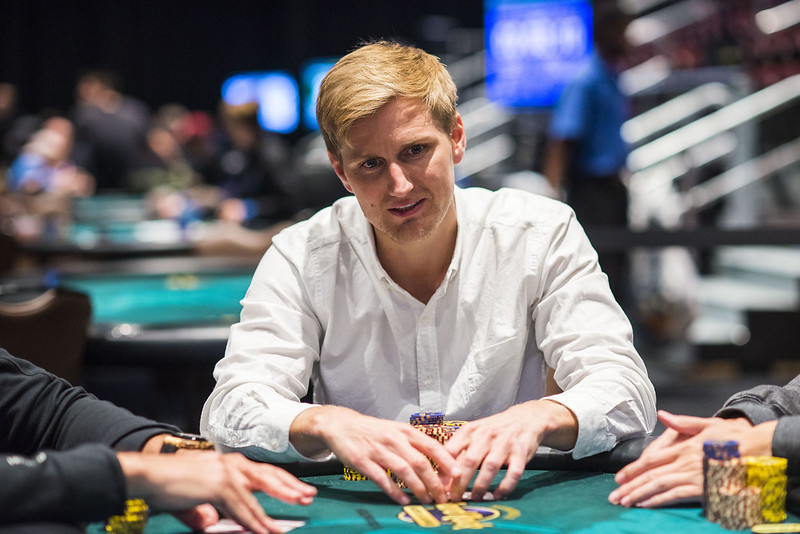 Day 3 of the WPT Seminole Rock ‘N’ Roll Poker Open reduced the field from 52 players to 14. James Rann leads the way with 5.815 million following a strong conclusion to the day. Rann is a veteran of four WPT Main Tour cashes and close to $760,000 in career tournament earnings. The Englishman is in the midst of his first WPT cash outside of California and is a few days away from eclipsing his career-best score of $339,759 for final tabling the 2015 Aussie Millions Main Event.

Regarding his run, Rann said, “It’s a real buzz, it’s very exciting. I’ve been on a bit of a heater since yesterday. I came into [Day 2] with only 19,000 and finished the day with a million. All through yesterday and today, it’s been pretty much like a straight up graph. I’ve not really had many dips at all.”

Rann won one of the biggest pots of the day when he busted Marty Mathis and Phil Hui simultaneously in 17th and 18th place in a flip for Hui’s tournament life. The blinds were 20,000/40,000 when Rann opened to 85,000 on the button with

for 1.645 million. Rann called with his pair and won the pot to climb near 5 million.

From there, Rann coasted to the finish line.

“This would be a real big statement. I’ve felt like I’ve been knocking on the door at the final two tables a lot. To get to the final table and actually do something would mean a lot,” Rann added.

Sitting closest behind Rann is Season XIV WPT Borgata Poker Open runner-up James Gilbert, who holds 5.24 million. Gilbert hasn’t been back to a WPT final table since and is closing in on another top-six performance.

Third in chips is 73-year-old Alan Schein. The business owner from Florida has a chance to become the oldest player in WPT history to win a Main Tour title. The current holder of that honor is Doyle Brunson, who claimed his WPT title at age 71.

There is one Champions Club member remaining and that is Season XI Five Diamond Poker Classic winner Ravi Raghavan, who started Day 3 46th out of 52 players. Raghavan crawled out his hole and is eight places away from his third WPT final table.

Professional soccer player Brent Kallman opened Day 3 second in chips and is in the middle of the pack heading into Day 4. Kallman plays poker as a serious hobby when not in the midst of the Major League Soccer season and is showing well for his club, Minnesota United FC.

Start of Day 3 chip leader John DuBois is hanging in with 1.13 million after an up and down day.

Day 4 starts at 12 p.m. local time and plays down to the final table of six with as many 90-minute levels as it takes. All 14 remaining players have secured at least $31,550 thus far and $504,820 is what awaits the winner along with the Champions Cup.

Keep all tabs locked on WPT.com as the first WPT Rock ‘N’ Roll Poker Open winner is only two days away from being crowned.