By Jennifer Newell Those who don’t know Jennifer Tilly’s history with poker might assume she began playing around the time she began dating Phil Laak, which was nearly 15 years ago. The truth is that her experiences with the game date back a decade further. A glance at Jennifer Tilly might also lead one to… 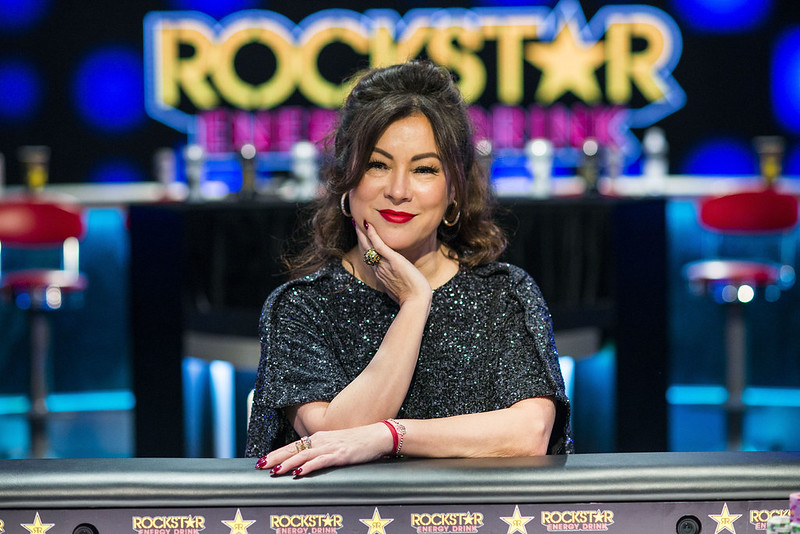 Those who don’t know Jennifer Tilly’s history with poker might assume she began playing around the time she began dating Phil Laak, which was nearly 15 years ago. The truth is that her experiences with the game date back a decade further.

A glance at Jennifer Tilly might also lead one to believe she is in her mid-40s, maybe late-40s. But the official documents say she celebrated her 60th birthday last year.

Obviously, it is about time to get to know her better.

At a time when she and others are celebrating milestones in Jennifer Tilly’s life, it seems like an ideal opportunity to celebrate the 25 years of her evolving relationship with poker.

In 1989, Jennifer’s film career was on the rise, a steep rise. The gambling-centered film Let It Ride was released in August, with Jennifer playing Vicki, a love interest of sorts to the movie’s star, Richard Dreyfus. And two months later, The Fabulous Baker Boys was released with Jennifer as a singing waitress, which many called her breakthrough role in the highly-acclaimed film.

Those events happened 30 years ago.

Seven years later, Jennifer co-starred in a crime thriller called Bound, alongside Gina Gershon and Joe Pantoliano. In an effort for Jennifer’s character to escape a relationship with a boyfriend (Joe) in the mob, she and Gina’s character devised a plan to steal millions of dollars in mafia money, and the women’s relationship turns into an affair. For the lesbian relationship being featured but not central to the plot, the film was widely acclaimed by LGBTQ groups. It won the Grand Jury Prize at that year’s L.A. Outfest and won the 1997 GLAAD Media Award for Outstanding Film.

Just last month, Jennifer and Gina reconnected to be presenters at the 30th Annual GLAAD Media Awards. It was 23 years past the release of Bound, and GLAAD wanted to celebrate their characters in the film – Violet and Corky – and the women who made them so meaningful.

A few years after the release of Let It Ride, Jennifer was dating a man who played in a poker game every Monday night. She was a competitive person by nature, and she didn’t want to be left out of the game. “So, I learned how to play,” Jennifer recalled, “only to find out that I still wasn’t welcome. I think he let me play once or twice to humor me, and that was it. It was very much a ‘boys’ club.”

Jennifer kept poker in her life but without the boyfriend. In her own words, she became obsessed with the game. “I played with the Teamsters on movie sets for my per diem, and every time I went on location, I would bring a deck of cards and teach the cast how to play. Oddly enough, actors didn’t really play poker back then like they do these days.” 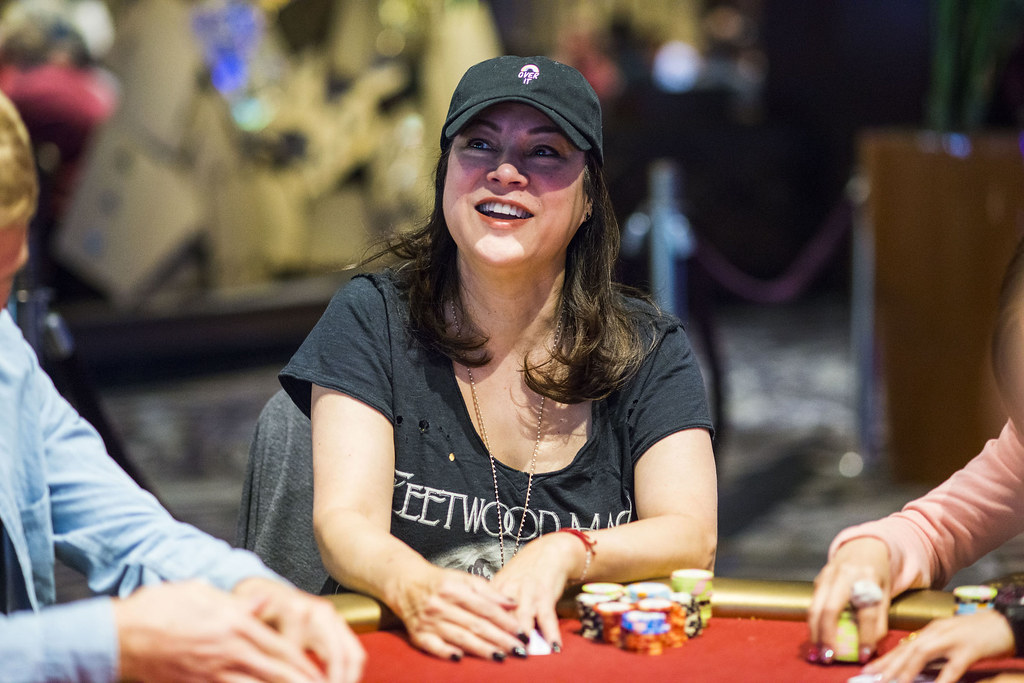 One of those sets was for a 1993 television show called Key West. On location for five months, a group of male and female actors played poker once a week, calling themselves the Key West Poker Club. “We pretty much played Dealer’s Choice (similar to mixed games these days), and we would pride ourselves on choosing the most complicated and obscure version of poker we could think of.” And then she added, “We still get together and play to this day.”

Shortly after that time, Jennifer became friends with Pantoliano, to whom she refers as Joey while filming Bound. “He was responsible for introducing her to her first live poker room, which was at a casino in Lake Tahoe. “I was terrified,” she admitted. “I was the only woman, and all the guys playing were grizzled and gruff. But the funny thing about a poker table: It’s intimidating to sit down, but once you do, you know your place in the world. Once I realized these guys didn’t play any better than my friends, I felt right at home. We ended up leaving when the sun came up.”

Joey also brought Jennifer to the famous Norby Walters home game, that she described as “cycling through a cast of every character actor in Hollywood” for low-limit stud poker. Some of the regulars at the time were Jerry Vale and Charles Durning, and they all played until 10:45 before spending the next 15 minutes telling Frank Sinatra stories. And it was over by 11:00 pm.

That led to Joey taking Jennifer to another home game of sorts, one that played in the back of the Grand Havana Room. And who was in that game but WPT Commentator Vince Van Patten and Gabe Kaplan.

The buy-in there was bigger than what she was accustomed to at the Norby Walters game, so she just watched as the men in the game played pots worth tens of thousands of dollars. Kaplan encouraged her to buy in, but she simply watched. “I was horrified by the stakes,” Jennifer remembered.

Jennifer’s introductions to poker – stud and mixed games, casino, and home games – all started about 25 years ago. And it all intertwined with her acting career.

A little more than 15 years ago, Jennifer attended the 2004 WPT Celebrity Invitational at Commerce Casino in Los Angeles. The tournament combined poker with charity fundraising, with a side benefit of potentially befriending poker players with whom to play live poker on occasion.

Instead, she met Phil Laak. Instead of meeting a poker pal, she met a boyfriend.

At the time, Phil was best known as the Unabomber for wearing a hoodie and sunglasses at the poker table. He was also a popular poker pro when the game was booming, as he had had a great deal of television exposure already. 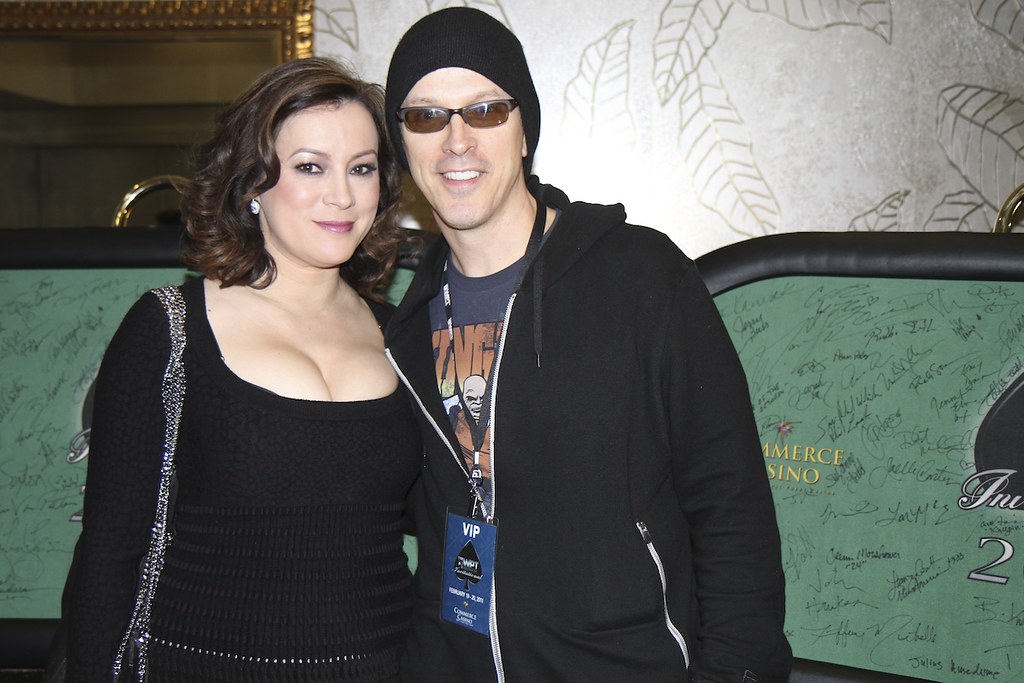 Phil (pictured) and Jennifer met at that tournament, he went on to win it, and they never looked back.

As they began dating, they obviously talked poker. Jennifer recalled that Phil wanted her to improve her game so people wouldn’t “talk smack” at her at the tables. “So, he gave me a bunch of poker books to read and set me up with an online account.”

They then played the WPT Bay 101 Shooting Star tournament together. “When I sat down, I was intimidated,” she admitted. “Charity tournaments and home games at that time were all friendly and chatty, and at that table, everybody wore sunglasses and stared at me without speaking. And Johnny Chan was at my table! Of course, I had seen Rounders! He was friendly, but to be playing against Johnny Chan in my first professional tournament was hard to wrap my head around.”

With Phil at her side and a growing wealth of poker knowledge, Jennifer kept playing – practicing and playing.

During the summer of 2005, she played some tournaments in Las Vegas during the summer. And she not only played the WSOP Ladies Championship that year, she won it.

“It was a strange feeling playing only women,” Jennifer said. “There was a very positive feeling because everybody is rooting for everyone to win. People would actually get sad when they knocked someone out. And when I made the final table, Lupe (Soto) and some of the ladies from the LIPS (Ladies International Poker Series) were cheering me on. There was such a sense of community.”

That win that garnered respect from around the poker world also earned Jennifer a shiny gold bracelet and a $158,335 cash prize. And shortly thereafter, she won the WPT Ladies Night invitational event. 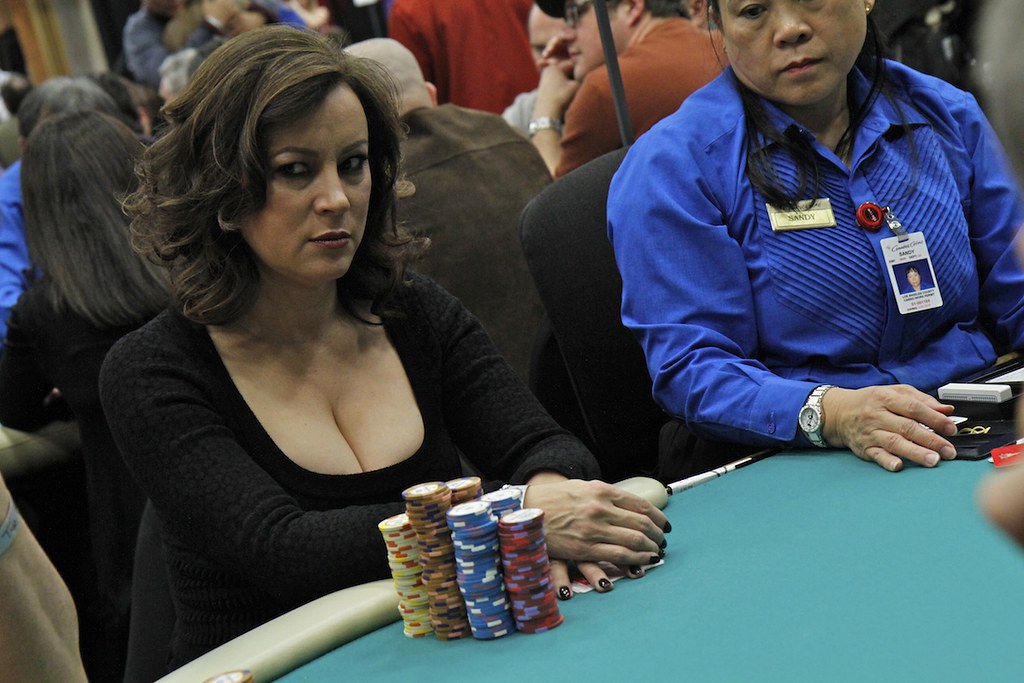 She still plays ladies-only tournaments when possible because of the camaraderie. And she believes the tournaments are just as tough as open events, maybe even more so. “I think women are tougher than men because they are more intuitive.”

Jennifer continues to play World Poker Tour events as well, especially ones like the WPT L.A. Poker Classic. It is one of her favorites, having finished in 12th place in the 2008 WPT LAPC Main Event and doing well in other events at the series over the years, perhaps due to a “home court advantage” because she lives in Los Angeles.

Since she began playing poker tournaments, Jennifer has collected her fair share of victories. In addition to her 2005 wins, she won a 2006 Five Diamond World Poker Classic event at Bellagio and one at the 2010 Bellagio Cup, and she final tabled several Las Vegas tournaments, televised poker events from the likes of PartyPoker, and a 2017 PCA Championship event.

In total, she is close to $1 million in live tournament earnings to date.

It is easy to talk to Jennifer and realize that she has few regrets about her journey through the world of poker. She learned lessons as she moved through the years, but she adjusts and keeps going.

Phil has been her life partner through much of it, and they continue to enjoy the game together.

Jennifer plays more cash games than tournaments, as the stress level is lower for her. “Nothing worse than playing for three days and busting short of the money. But in high-stakes cash games, you can make so much money in one night, and if you get felted, you can always reload. Everyone is more relaxed and making jokes, and for the most part, nobody is playing with money they can’t afford to lose. Also, the guys I play with have a lot of gamble, so that makes it more interesting.”

As a person does when working through a career, a hobby, or something in the middle, she learns and uses those lessons to move forward.

What advice can today’s Jennifer offer to “Home-Game Jennifer” of 25 years ago?

“None. I always had a great time playing our crazy dealer’s choice games and making the same jokes with the same rambunctious gang over the years. After I won my bracelet, I tried to play in a more plus-equity manner in my home game, and everyone yelled at me! So, then I realized I was being ridiculous and reverted to my old self. After all, how can you apply ‘professional play’ to a game that has 19 wild cards and where a ‘big’ pot is $3.75?”

And what advice can today’s Jennifer offer to “Just-Met-Phil Jennifer” of 15 years ago?

Pro Tip: “Skip the ‘learning how to play poker’ part and get straight to the boyfriend part sooner!”

To see how Jennifer fared in one of her cash games, tune in to the World Poker Tour on FOX Sports on Sunday, May 12. The episode will be the first of four featuring Jennifer Tilly in the WPT Rockstar Energy Cash Game.

News Matt Clark What Jennifer Tilly, Barry Greenstein and Others Want for Christmas

During a break from the action yesterday at the WPT Doyle Brunson Five Diamond World Poker Classic, the Royal Flush Girls asked several poker players, including Jennifer Tilly, Jeff Madsen, Faraz Jaka and Barry Greenstein, what's at the top of their wish list this Holiday season.

The Women in Poker Hall of Fame announced four inductees on Tuesday.