The World Poker Tour is no stranger to the state of New Jersey. Players from around the world have flocked to Atlantic City each season. Since the tour’s inception, there have been numerous classic events and massive paydays at the Borgata. With live poker sidelined during the Coronavirus, the WPT has now extended its live and online event partnership with partypoker in the Garden State.

The new WPT Online Poker Open powered by partypoker US Network offers players a bit of the tour experience from the privacy of their own homes. The New Jersey series runs June 21-28 and offers players 12 big events highlighted by the $400 championship on June 28 with $300,000 guaranteed. The event comes from one of the best online poker operators in the world.

Players must be in the state to participate, but it’s a good bet rounders from around neighboring states like New York and Pennsylvania may drop in with laptops in hand. The partypoker US network also includes the BorgataPoker and BetMGM skins, allowing players to participate on those platforms as well.

There will be plenty on the line for players in New Jersey. Along with the nice guarantee, the newly-crowned New Jersey champion takes home a WPT trophy and a shot at even more WPT prestige. The winner also earns a Las Vegas VIP experience (courtesy of partypoker US Network) that includes an $11,000 package for entry into the next WPT Five Diamond World Poker Classic at Bellagio.

With casinos closed during the pandemic and so many players at home, the New Jersey online poker market has experienced record numbers of players and prize pools. Many in the state’s tight-knit poker community are excited about the WPT offering its own unique experience for players. That includes BorgataPoker ambassador Dan Buzgon (pictured). 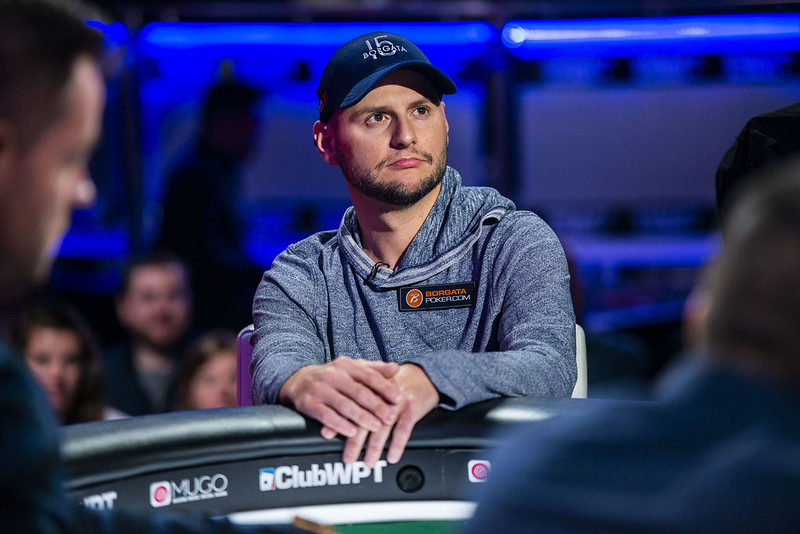 Buzgon believes major events like the WPT Online Poker Open only add to the state’s now growing online poker market as well as efforts at legalization in other states.

“Casinos and live poker tours are in an uncertain time not knowing when they will be allowed to host events, and if players will even show up if and when they are allowed back,” he says. “Having big online tournaments like this gives the players at least something to look forward to.

“It’s also a step in the right direction when two big names in the poker world come together to put on events like this. Poker in the rest of the world has had a lot of big live events and series moved online, and it’s good to see it starting to happen here in the states.”

Buzgon definitely plans on playing in the event and says he’s eagerly looking forward to it. As the state begins opening up, he believes online numbers in the state will begin to decline but hopes there is now at least a bigger group of players in the state.

“Hosting events like this is a key way to keep interest in online poker high here in the states,” he adds.

Beyond the main event, partypoker New Jersey players will find a host of events catering to players of all bankrolls. In total, the series offers players more than $370,000 in guarantees.

Longtime WPT regular Ari Engel plans on playing the event and sees it as a move in the right direction for US online poker. Like Buzgon, he hopes the added attention to online poker in the US leads to more states legalizing the game.

“When looking at this, one sees the urgent need for more states legalizing online poker and compacting with New Jersey. There is a reason the marketing switched to partypoker US Network, and many of us are hoping that is a sign of what’s to come.”