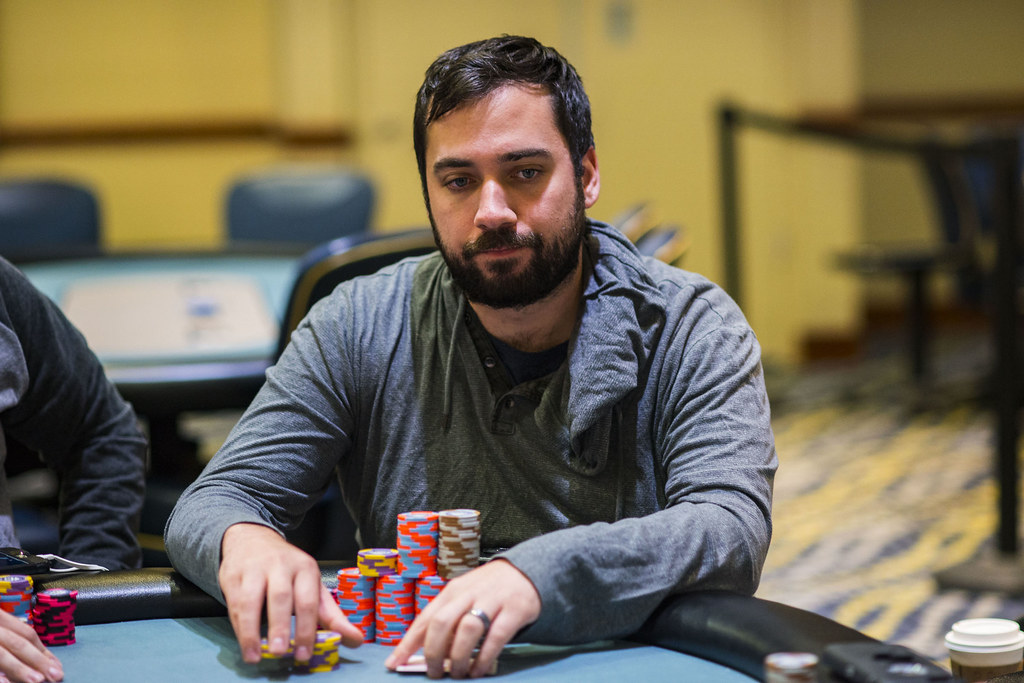 The first day of action in the Season XVII WPT bestbet Bounty Scramble attracted 157 entries to Jacksonville and put a sizable dent in the $1 million guaranteed prize pool. Season XIII WPT Borgata Winter Poker Open final tablist Justin Liberto put together a late surge to bag the chip lead of 301,000. All told, 51 players are moving on to Sunday’s Day 2.

Liberto is well-established on the WPT circuit with 11 combined cashes on the Main Tour and WPTDeepStacks. A 2015 WSOP bracelet makes up the largest portion of Liberto’s $3 million in career earnings that includes two WPTDS final tables.

“I would say it went pretty well,” Liberto said of his Day 1a. “I got it in with a set against a straight and then hit a full house, so I got lucky. I’ve been known to be a lucky player. And then I got about 120,000 on a board that had King-Jack-5-4. I had Ace-King and my opponent had 9-9. That was a nice little present I received.”

Liberto followed-up by saying he had about 50,000 in chips after the dinner break and won most of his chips at a new table. What’s Liberto have planned for his day off?

“I’m going kayaking with my wife. I don’t know where. She’s got it all planned. We’re getting out of the cold of the northeast and in nature a little bit. There’s nothing wrong with that.”

The bestbet Bounties and their respective $2,500 prizes were the main storylines from the day. 20 of the 27 bounty players registered on Day 1a and four of them advanced to Day 2. One who was not fortunate enough to make it through was Season XVI bestbet Bounty Scramble winner Paul Petraglia. The Jacksonville native still has time to get in the action during tomorrow’s Day 1b.

Leading the way among the bounty players is WPT Champions Club member James Calderaro, who was in a jovial mood during the end levels of the night. Calderaro discussed his deep runs in past WPT events at bestbet and is in a good position to advance to the promised land once again with his stack of 256,500.

Also advancing is Super Bowl champion Richard Seymour, who broke down his post-NFL retirement hobby of poker. The two other bounties to advance are Byron Kaverman and Tony Miles.

Additional big stacks from the day include WPTDS Houston final tablist Satheesh Francis (284,500), 2016 November Niner Jerry Wong (273,500), and Matt Glantz (269,000). Glantz was a bestbet Bounty earlier in Day 1a but busted out and made the most of a second attempt.

Jeff Trudeau bagged 150,500 and earned his $5,000 buy-in back via eliminations of bounties Matt Affleck and Sean Winter.

Day 1b kicks off at 12 p.m. local time at bestbet Jacksonville with 10 more 60-minute levels on the schedule. Registration and unlimited re-entry are available until the start of Level 7.

As always, stay tuned to WPT.com for all the latest coverage from the WPT bestbet Bounty Scramble.

By Sean Chaffin Poker players looking to escape some chilly fall weather have the perfect opportunity in October. The $5,000 WPT bestbet Bounty Scramble runs October 19-23 at the property in Jacksonville, FL with a $1 million guarantee and the chance at a major score along with some major poker fun. This marks the seventh…

By Sean Chaffin With back-to-back events at the Borgata and Live Casino & Hotel in the books, WPT players can look forward to the $5,000 WPT bestbet Bounty Scramble kicking off on October 19. The event runs through October 23 in Jacksonville, FL, with a $1 million guarantee and a great poker atmosphere in the largest…

News Matt Clark Back from the Dead: James Baune’s Amazing Journey from Flatline to Final Tables

By Sean Chaffin “Oh my God, you’re back,” the EMT said as James Baune opened his eyes. “I can’t believe you’re alive.” Red and blue police and ambulance lights flashed. Broken glass and twisted metal littered the pavement. EMTs loaded him on a gurney and rushed him to the hospital, still unsure if he’d make…