On the Button: What’s Jared Jaffee’s Biggest Pet Peeve at the Table?

At the WPT Tournament of Champions at ARIA Resort & Casino, longtime pro and WPT Champions Club member Jared Jaffee was in the field. No stranger to WPT success, Jaffee has 21 cashes on the tour, including four final tables. His title came in the Season XII WPT bestbest Jacksonville Fall Poker Scramble when he topped a field of… 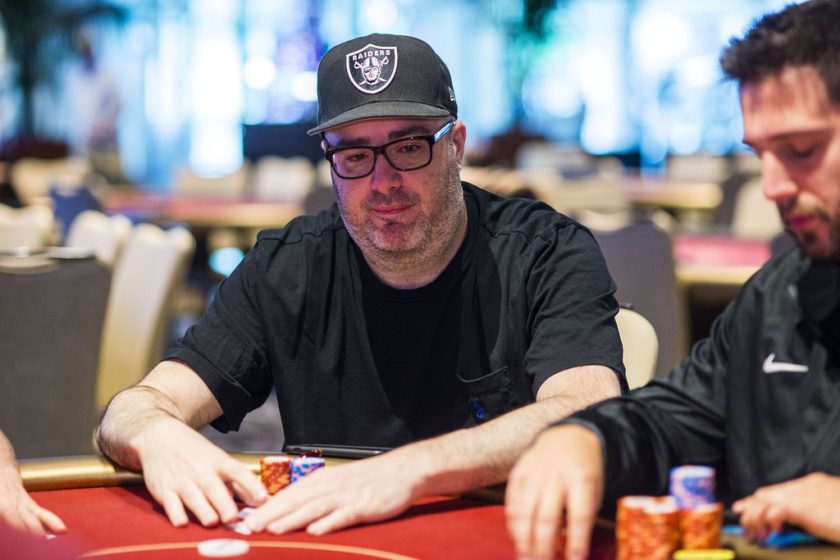 At the WPT Tournament of Champions at ARIA Resort & Casino, longtime pro and WPT Champions Club member Jared Jaffee was in the field. No stranger to WPT success, Jaffee has 21 cashes on the tour, including four final tables. His title came in the Season XII WPT bestbest Jacksonville Fall Poker Scramble when he topped a field of 358 entries to win $252,749.

A native of Brooklyn, New York, Jaffee has more than $3.4 million in live tournament winnings including one World Series of Poker bracelet and one WSOP Circuit ring. He’s the next subject of the “On the Button” series, where we will fire off  quick questions in a simple, question-and-answer format to so you can get to know players, industry members, and more a little bit better.

What’s a good piece of poker advice you’d give an amateur?

“Play within your bankroll.”

If you could travel anywhere in the world, where would it be?

“Australia. I’ve just heard so many good things about it. I’ve never been and I feel like almost every poker player has been there and been saying it’s nice.”

What’s your pet peeve at the poker table?

“People talking about cryptocurrencies. I hate when people just talk nonstop about their coins. I don’t really know what to think about crypto. I’ve heard so many different things, but I just think it’s super obnoxious the way people talk about it nonstop at the tables. Nobody else talks about how much money they have and how much money they’ve made in any other profession around a bunch of other people, but everyone’s doing that with crypto.”

What would someone be surprised to know about you?

“That I was a lawyer for only three days. I quit to do this, and that’s all I’ve been doing since then.”

What’s the weirdest job you’ve ever had?

“It’s not that weird, but I was a pizza delivery guy. I actually loved it. I just drove around and ate pizza, and my friends came with me and I made good money. I had no problems with it.”

How do you stay focused over such long periods of time at the tables?

“It’s not easy. The key to being focused is distracting yourself a little bit. When I feel myself kind of getting out of the zone, I’ll send a few texts or I’ll read an article or something like that or listen to a couple songs. After five or 10 minutes of getting myself out of the zone, I’m then ready to go back in the zone.”

In one of the fastest final tables we’ve seen on tour, Jared Jaffee began the day with the chip lead and finished as the newest member of the WPT Champions Club. Lasting nearly four hours and 100 hands, the final table action got off to a quick start and never slowed its pace with Jaffee…

News Matt Clark Player of the Year Update: The Race is On

When we last checked in on our Season XII Player of the Year race in early January, we had two competitors tied for the lead in what was shaping up to be a very tight contest. Since then, the field has strung itself out a little, with one player, Jared Jaffee, jumping out to small…

Day 3 of the Bellagio Five Diamond World Poker Classic began with the announcement that someone will be taking home $1,477,890 and etching their name on the Champion’s Cup come Saturday at the final table. With 586 total entries and a prize pool of $5,684,200, there is plenty of money up for grabs and plenty…