The WPTDeepStacks London festival has concluded, bringing the last of the three series to a close. Across the three networks, there were 48 events that attracted 8,735 total entries, with $2,280,730 awarded in prizes overall. These incredible numbers illustrate just how successful the inaugural partnership between the WPT and 888poker has been.

The grand finale was last night’s WPTDS London Main Event, and you can read a full recap of all the action below.

The suspense had been building steadily since the first Day 1 flight took place a little over a week ago and last night, the excitement reached its crescendo as the finale took place on 888poker.com. Over the nine days leading up to the final, 973 entries were registered, creating a mouth-watering prize pool of $1,087,000.

At 19:00 (BST), the 177 remaining hopefuls sat down to continue their campaign for a WPTDeepStacks title, trophy, and almost a quarter of a million dollars in cash. There was still a fair way to go until the money was reached, with 100 places paid and that meant fast and furious eliminations at the start. 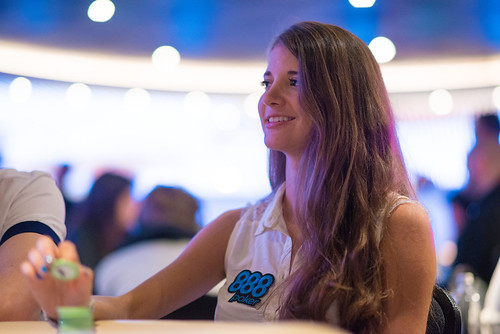 There were three 888 Ambassadors still in contention at this point and Sofia “sofialovgren” Lovgren’s position was the most precarious, returning with the shortest stack. The Swede was unable to spin it up and came unstuck after getting it all-in preflop in with pocket-aces against pocket-jacks and NitGMmator’s pocket-queens. A queen on the flop from the opponent with the biggest stack sent Lovgren to the rail in 119th place.

Another player to leave empty-handed was toastmanQ, who exited on the bubble to become the last player to leave with nothing. Their departure secured the remaining players at least the $1,304 min-cash for cracking the top 100.

The second 888 Ambassador to be eliminated was Chris “888Moorman”. The former online world number 1 started the day with a middling stack and in the end, he finished in the middle of the field, taking $2,717 for reaching 77th place. 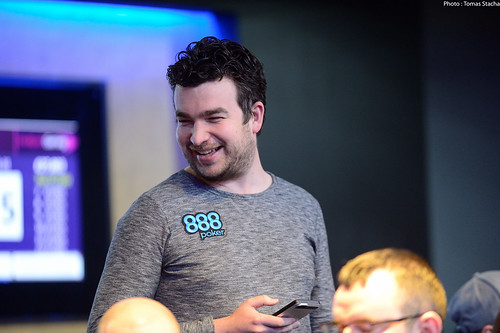 Martin “MJacobson888” was another big name in the field, and Lovgren’s compatriot had a much stronger start to the day, chipping up to a high of second place at one point. Despite that, his big stack started to unravel and the Swede eventually busted in 40th place, winning $5,978 for doing so.

There were some huge hand clashes that took place around this time, and the last 888 representative Dominik “888Dominik” Nitsche was at the centre of a couple of them, outdrawing more than once but the most hand notable of all was cracking pocket-aces with ace-king suited to bust RMC30 ($8,696) in 18th place.

That hand saw the German Super High Roller (who was playing from the UK) exceeded the one-million-chips mark, and was instrumental in helping him reach the final table. The same could not be said for DANNY442, who busted on the outer table in 10th place to bubble the FT. They made a ladder at least and collected $10,870, the first five-figure cash of the night.

That left nine and the first to go was B.Drumond ($16,035), who ran pocket-nines into FranciscoAI’s pocket-kings. B.Drumond’s exit was also noteworthy as the first of the five who were playing from Brazil to bust the final table.

Nitsche had been short again for some time at this point and was doing his best to outlast fellow shortie Kelvin_kerbe. He managed to hold on for half an hour before committing his last eight big blinds with pocket-queens and finding himself in the ultimate flip situation against AllanSheik’s big slick. An ace on the flop was all it took, and Nitsche had to settle for $21,740 and 8th place. 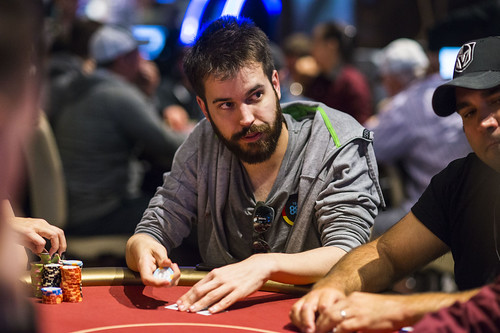 Kelvin_kerbe was out the door mere minutes later. They had to say goodbye after making a move with king-nine suited in middle position and getting looked up by mylly8 who had ace-ten in the hole. The Brazilian banked $32,610 for their seventh-place result.

The next elimination was one of the most dramatic and saw mylly8 go from chip leader to outsider in the space of three hands. The first hit taken was in a hand against AllanSheik. mylly8 raise-called pocket-aces and hit a set on the flop. AllanSheik had made top pair and nut flush draw with ace-eight of diamonds, and they made a small c-bet that mylly8 smooth-called. The turn was another diamond and AllanSheik checked before tank-jamming all-in and mylly8 couldn’t get away nor find a pair on the board to turn the hand around.

That pot saw AllanSheik go into the lead, and two hands later sheeeeeeeeet took the last of mylly8’s chips when they won a flip with ace-ten against the Finn’s pocket-fives. Despite going from hero to zero in a matter of minutes, mylly8 can console themselves with the $43,480 cash prize for 6th place.

FranciscoAI wasn’t far behind, busting in 5th place for $54,350. The Brazilian clashed with SteliosCy after the Cypriot defended their big blind with jack-seven, and then check-jammed on a seven-six-queen flop. FranciscoAI called off the rest with ace-five suited but couldn’t find an ace or diamond to save them.

sheeeeeeeeet’s tournament came to an after as a result of two hands. In the first, they three-bet all in with ace-nine suited but ran into initial raiser AllanSheik’s dominating ace-king. Down to five big blinds and change, they got the last of it in with deuces against SteliosCy’s queen-jack suited and lost the flip.

With blinds at 50,000/100,000K by this point, the action continued to fly and less than ten minutes later it was SteliosCy’s turn to depart. In fact, the tournament could have ended at this very moment, with a three-handed monster clash that had chip leader Allan Sheik holding a pair of aces, versus SteliosCy’s ace-king suited and paulinhoo00’s pocket-jacks. The first card out was a jack and that hand soared paulinhoo00 into the lead, whilst simultaneously ending SteliosCy’s hopes of becoming Champion. The Cypriot banked $84,786, which will likely bring some consolation. 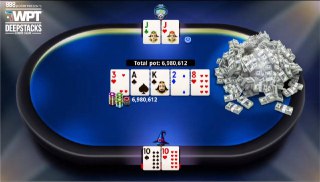 And then there were two and despite AllanSheik closing the gap, heads-up was to be short-lived. The final hand came down to a cooler with both players holding a pair. Chip leader paulinhoo00 had the best of it with pocket-jacks up against AllanSheik’s pocket-tens and this time the underdog didn’t hit the 4:1.

An enormous congratulations go to paulinhoo00, the newest WPTDeepStacks Champion, and their $233,705 result, as well as to runner-up AllanSheik for their incredible performances.

If you want more poker and more WPT news, you don’t have to wait long with the WPT Online Series arriving on partypoker.com in May.