By Sean Chaffin No stranger to poker fans, actor and comedian Kevin Pollak (pictured) has been a regular at the tables for the years. He’s appeared in numerous films and TV shows including The Usual Suspects, A Few Good Men, and Casino, to name just a few. A talented comedian whose impressions are too numerous to list – and come out… 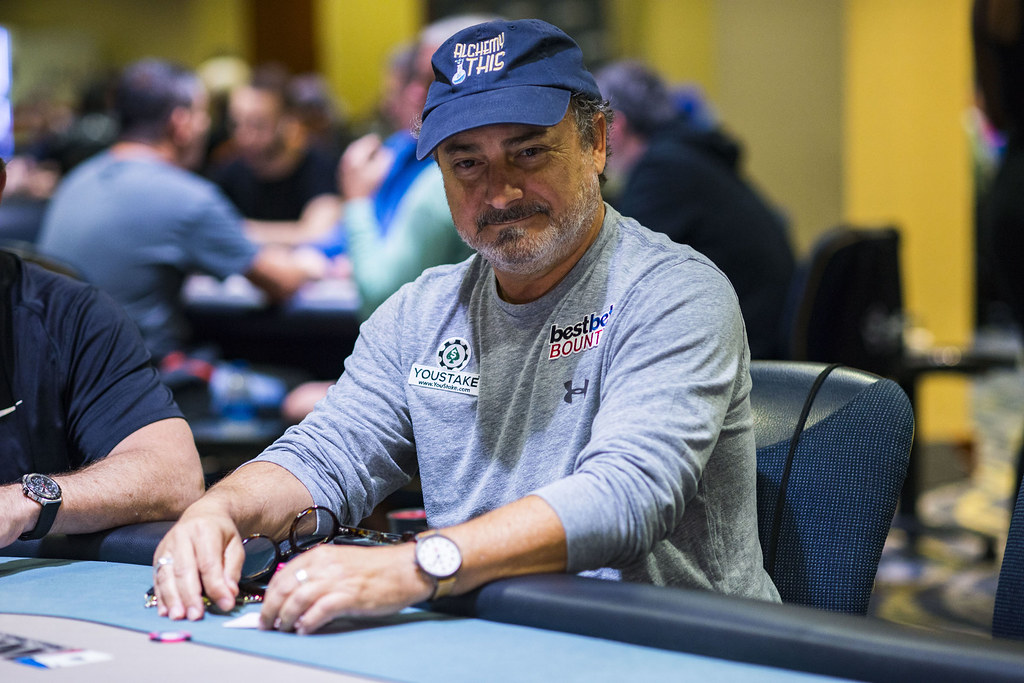 No stranger to poker fans, actor and comedian Kevin Pollak (pictured) has been a regular at the tables for the years. He’s appeared in numerous films and TV shows including The Usual Suspects, A Few Good Men, and Casino, to name just a few. A talented comedian whose impressions are too numerous to list – and come out occasionally at the tables – Pollak is among those in the field on Day 1b as a bounty in the WPT bestbet Bounty Scramble.

A regular at the World Series of Poker, Pollak finished 134th in the 2012 Main Event for $52,718. He currently has a recurring role in Amazon Studios’ award-winning The Marvelous Mrs. Maisel, which has been renewed for a third season.

WPT.com caught up with Pollak before the day’s action got underway about his career, upcoming projects, his poker life, and having a price on his head today.

How does it feel to have a lot of eyes on you in the middle of a field like this?

“Well, I can’t lie and say I’ve never felt anything quite like this before. As someone who’s cried for attention since the age of 10, being the center of attention was kind of the plan. So the fact that I might get some attention today from ‘so-called civilians’ is not an unusual happenstance.”

Ever get to test out any new material at the tables?

“Well, usually when I play in poker events I’m not all gussied up with a big bounty badge so that it’s painfully obvious. And sometimes out of context, people either don’t recognize me or they do and they don’t say anything. The last big event I played that was the case. And then as soon as one of them broke the ice after three or four hours to finally say, ‘Look I don’t want to fanboy out, but … and then he came out with whatever movie he liked.”

“And then everyone else chimed in: ‘Yeah, yeah, I was going to say something too, but I don’t want to …’ and then the whole table’s talking about it. It beats the alternative you know – where I sought this attention and no one cared.”

How many tournaments do you play each year?

“Not many actually, just because of my work schedule. I was thrilled that this worked out. I’m in the midst of shooting some episodes of a television show [he couldn’t yet offer the name of the program]. I’m doing a four-show arc on a very, very popular show that may or may not have had a poker element to it in one of the seasons. It’s a scripted show on one of the cable networks. And that’s all I can say.”

“So I was doing that in New York and because this was a weekend, I was able to come on down.”

What’s your strategy as a bounty with everyone gunning for you?

“Be a nit and not play [laughs]. No, I had a decision to make. Do I want to play aggressive to slow them down in regards to coming after me? So if I push back first and they know, “Oh I can’t just go at him.” Or do I just nit up real tight. And I’m still flipping a coin. But you see my knee-jerk reaction was to nit up, so we’ll see.”

Do you still have a regular game back in Los Angeles?

“I do and some of the pros play in it some too. In fact, two of the winners of the WSOP Main Event ended up playing in my game – Greg Merson and Scott Blumstein. Scott’s actually played several times. I love him. Antonio Esfandiari also plays in my game on occasion.”

Can you tell me a bit about how you started playing poker?

“I’ve been playing since I was 10. My cousin, who was probably 17, came home one night carrying a bunch of things like he had been to a garage sale or a yard sale, but I didn’t know what either of those were. That’s just how I would describe now what it looked like with him and these items. And I said, ‘What’s all that?'”

“He said, ‘I was playing poker with my friends.’ And I said, ‘Yeah but what’s all that,’ pointing to the items he was carrying. He said, ‘They ran out of money.’ He had won their possessions. And I said, ‘You need to show me how this works.’ And he taught me how to play.”

“My dad also had a game. At night when I was trying to sleep, I would hear what my fiancée must hear now upstairs when we’re playing – which is my dad and his friends hooting and hollering and playing loudly on a weekly basis. It wasn’t always at our house, it would shift around, but I grew up with that sound.”

Were you ever asked to sit in your dad’s game?

“I don’t remember that I was ever allowed in. I think by the time I was old enough, it didn’t even cross my mind to go say, ‘Can I sit in?’ I was never invited to the game.”

“I would come down and do impressions and stand-up for the guys. I’d walk by and my dad would say do so-and-so, and I would do a little and then they’d all laugh and I’d go to bed happy.”

Are there any other projects that you’re working on?

“I’m prepping this movie that I wrote that I’m going to direct in January in New Orleans. It’s called Waiting for Helen. Ana de Armas, the love interest of Ryan Gosling in the new Blade Runner, plays Helen in the film.”

By Sean Chaffin Poker players looking to escape some chilly fall weather have the perfect opportunity in October. The $5,000 WPT bestbet Bounty Scramble runs October 19-23 at the property in Jacksonville, FL with a $1 million guarantee and the chance at a major score along with some major poker fun. This marks the seventh…

By Sean Chaffin With back-to-back events at the Borgata and Live Casino & Hotel in the books, WPT players can look forward to the $5,000 WPT bestbet Bounty Scramble kicking off on October 19. The event runs through October 23 in Jacksonville, FL, with a $1 million guarantee and a great poker atmosphere in the largest…

News Matt Clark Back from the Dead: James Baune’s Amazing Journey from Flatline to Final Tables

By Sean Chaffin “Oh my God, you’re back,” the EMT said as James Baune opened his eyes. “I can’t believe you’re alive.” Red and blue police and ambulance lights flashed. Broken glass and twisted metal littered the pavement. EMTs loaded him on a gurney and rushed him to the hospital, still unsure if he’d make…