The $3,500 Seminole Hard Rock Poker Showdown is set for April 23-27 with a $2 million guarantee. This year’s event is even more special, marking the 10-year anniversary of the partnership between the WPT and the tour.

The event has produced some massive fields and great winners adding their names to the Mike Sexton WPT Champions Cup. This is the first part looking back at 10 years of the Showdown in South Florida.

The first edition of the Showdown kicked off with Taylor Von Kriegenbergh topping a field of 433 for $1.1 million. The first year featured a $10,000 buy-in with a prize pool of $4.2 million. The turnout provided a nice start to the series and the final table also included Curt Kohlberg (runner-up), Justin Zaki (third), and Tommy Vedes (sixth).

Von Kriegenbergh, of Stoneham, Massachusetts, entered the final table as chip leader in the inaugural event, but experienced some ups and downs on his road to the title. The win was extra special for Von Kriegenbergh, whose father passed away about a year earlier. The new champion was humble about his victory afterward.

“The win gave me a financial cushion which allowed me to take more risk and explore things I was curious about,” Von Kriegenbergh says. “It also relieved the social pressure from friends, family, and myself that came with being a professional poker player without a major win.

“I love playing at the Seminole Hard Rock and WPT because the staff is pleasant and professional. There are so many people that do things the right way because they care about their craft.”

After a big run to the final table in Season IX, Tommy Vedes scored an even bigger finish a year later. The New Yorker captured his second WPT title after topping a field of 290 entries, which produced a prize pool of $2.8 million.

Vedes entered the final table sixth in chips, but rallied to take the title and $779,520. His previous WPT championship came in Season VIII at Bellagio, where he won the Festa al Lago for $1.2 million. It was certainly a nice few years on the tour for Vedes.

“It was probably the toughest final table I’ve ever played,” he said of the win at the Hard Rock. “These guys were wizards and I just happened to beat them.”

The third edition of the Showdown proved to be a career-defining moment for Kevin Eyster. The poker pro from Lafayette, Louisiana, topped a field of 542 with an entry fee that dipped to $5,000. That still produced a $2.5 million prize pool with Eyster taking home $660,395.

“The 2013 win meant more to me than words can describe,” he says. “It was my first major live win and first live six-figure score. I really felt it solidified my spot in the live arena with the pros.”

A few final table moments stick out in his mind. He won a big coin flip with

to send his opponent to the rail. A couple of other hands were critical in getting to the winner’s circle.

“Zo Karim was playing really well,” Eyster says. “We were actually rooming together on this trip. I got it in versus Ben Tarzia three-handed and he rivered a three-outer to survive. I hit a five-outer on Zo to bust him on the river as well. So those three moments were super key in the ultimate result. Had I not won the flip or Tarzia not hit the three-outer, Zo would have probably crushed me head to head.”

Eyster went on to other big final table appearances and titles. In Season XIV, that included adding his name to the Sexton Cup for a second time after winning the WPT Five Diamond World Poker Classic for $1.6 million. Not only was the Showdown critical in his poker career, but also may have kept him in the game.

“Just a year before that I was thinking about quitting the game forever,” he says. “Nothing was going right, and I was pretty depressed a lot. But friends and family helped me keep a positive attitude, both mentally and physically. I decided to stick with it and it worked out, fortunately. I know a lot of people who it didn’t work out so well for, so I definitely don’t take it for granted.” 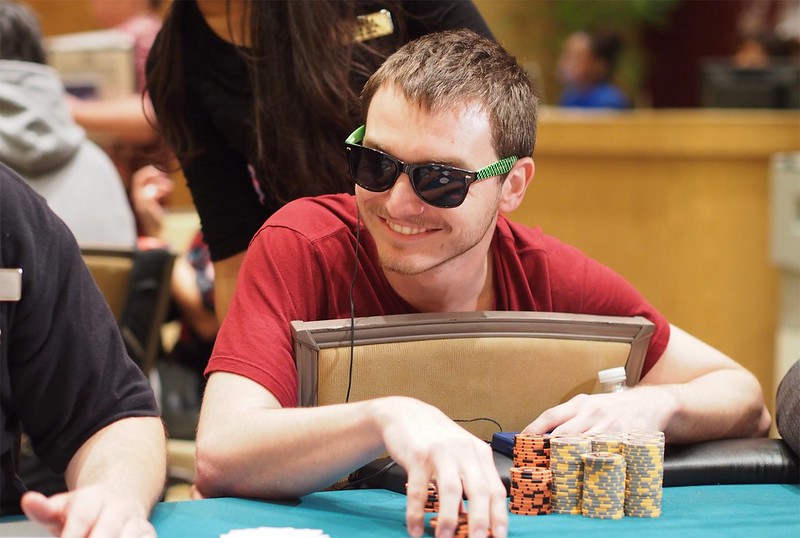 After another adjustment of the buy-in to $3,500, the tournament attracted a massive turnout – 1,795 entries for a $5.8 million prize pool. The result?The largest WPT field in history to that point.

A familiar name rose to the top to take the title. Eric Afriat took down the first of his WPT championship at a tough final table that included Mukul Pahuja, James Mackey, Jake Bazeley, Matt Stout, and Chance Kornuth. The part-time player from Quebec went on to win the Borgata Winter Poker Open in Season XVI for $651,928 and the Fallsview Poker Classic in Season XVIII for $394,120. In Season XVII, Afriat came close to a second Showdown title – finishing runner-up for $465,120.

“Winning the Hard Rock Poker Showdown in 2014 for my first win, and being the biggest televised WPT in history, was really a  dream come true,” he says. “It really was one of the top five best days of my life with having all my family and friends present to experience such a surreal moment at the nicest and best-organized poker room in the world.” 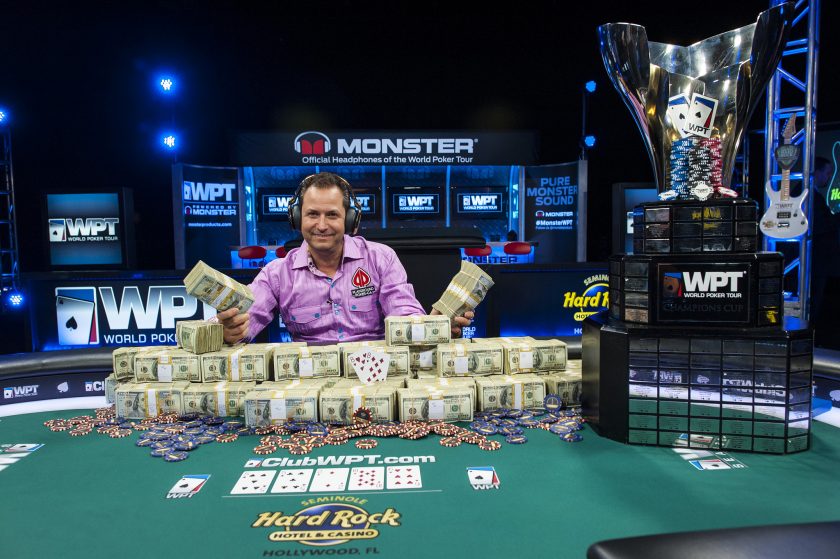 With 50 players left, Griffin Paul faced a crucial turn and river for his tournament life. He was all in with 10-9 on a flop of

and his opponent holding

. His two pair were ahead but Paul had to dodge numerous cards to take the pot. The deck went his way and he went on to his first major title and added his name to the Sexton Cup after entering the final table as chip leader.

“At 22, the win changed my life,” he says. “It gave me the ability to play in bigger games comfortably and take my game to the next level. The event was great and the Hard Rock is one of best venues in all of the WPT.” 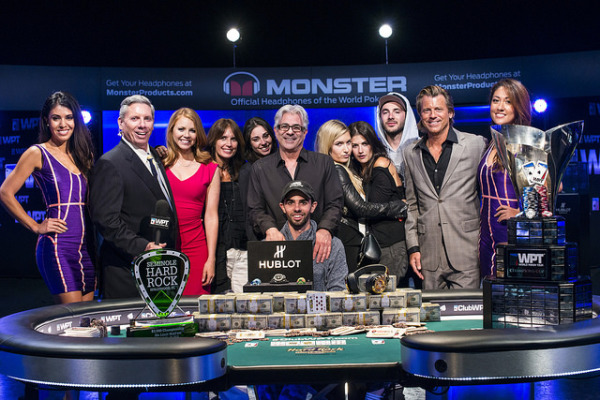