The $3,500 Seminole Hard Rock Poker Showdown is set for April 23-27 with a $2 million guarantee. This year’s event is even more special, marking the 10-year anniversary of the partnership between the WPT and the tour.

The event has produced some massive fields and great winners adding their names to the Mike Sexton WPT Champions Cup. This is the second part looking back at 10 years of the Showdown in South Florida.

Going into the tournament, Justin Young faced some doubts about his game. He had some big wins under his belt and even took runner-up in the WPT Five Diamond World Poker Classic in Season VII for $936,760. He’d been playing tournament poker for over a decade, but things just didn’t seem to be going well.

Young then went on a tear, finishing as the newest member of the WPT Champions Club at the Seminole Hard Rock for $669,161. The event produced a field of 1,222 entries for a $3.9 million prize pool and the win gave Young a much-needed confidence boost.

“The Seminole Hard Rock Poker Showdown means the world to me,” he says. “The win came at a time when my tournament confidence was pretty low. The staff and accommodations are top-notch creating a comfortable environment for the player.”

“The event that stands out is when I called my wife to tell her I made the final table [of nine],” says Young, who now has almost $6 million in live tournament winnings. “She was on vacation with her family. I was coming in seventh of nine in chips and told her not to worry about flying down for something that could take 30 minutes. Not only did she come, but her parents were so intrigued that they also flew down to watch.” 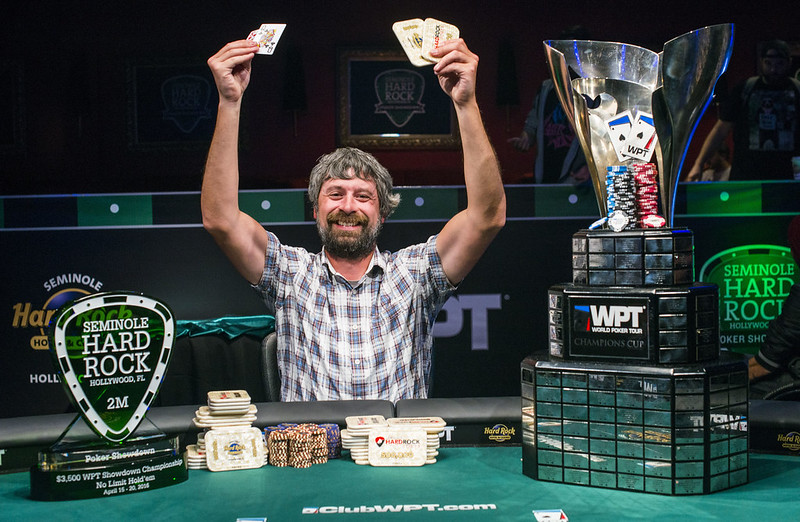 Winning a WPT tournament is never easy. A little luck now and then is usually required and Tony Sinishtaj found some at just the right time.

“I got it all in and behind four-handed versus Dan Colman,” he says. “I put him in a tough spot and he eventually made the call. I needed to catch up in the biggest spot of my poker life. And sure enough, I did.”

That fortunate outcome paved the way for a much deeper run and a score of $661,283. The Showdown brought in 1,207 entries for a prize pool of $3.9 million. The win remains special for Sinishtaj, who added his second tour title in September when he won the $1,060 WPT Online Borgata Series at partypoker US Network for $77,350.

“This was my first ever win in a prestigious event,” says Sinishtaj, who has $1.7 million in live tournament winnings. “For that reason, it means a great deal to me. It’s something I’ll never forget. I’m a much better player today than I was back then, but getting that one under my belt gave me the confidence to take my game to another level.” 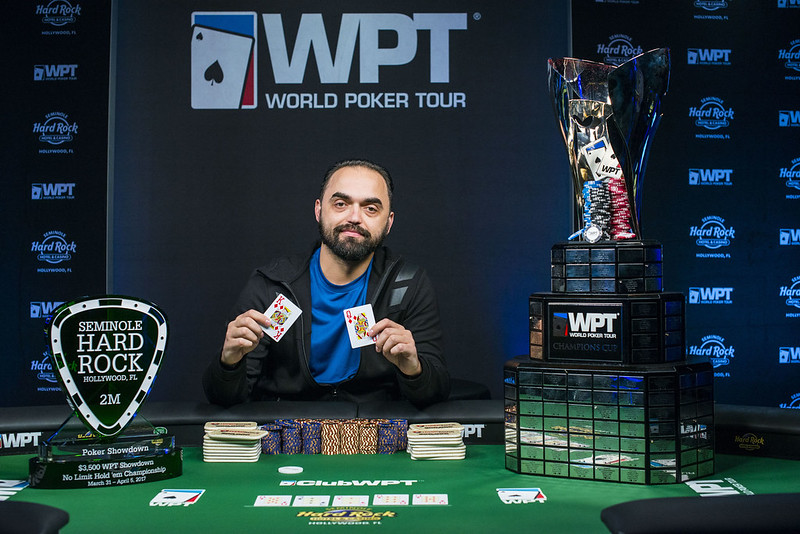 It seemed Scott Margerson was among the leaders throughout the tournament and went into the final table third in chips. An online poker veteran, he had his hands full when play reached heads-up against WPT veteran Faraz Jaka.

If that weren’t enough this player from the United Kingdom had battled a final table that also included Brian Hastings, Joey Couden, Matt Stout, and Jeff Fielder.

In the end, Margerson triumphed over 1,309 entries to take home $696,740 in an event that produced a $4.2 million prize pool. One important result of the win? He said after the win: “I can’t have a losing year now,”

When the action gets underway this month at the Seminole Hard Rock, James Carroll will be looking to defend his title – albeit two years after his first win in the Showdown. The two-time tour champion triumphed over a field of 1,360 entries for $715,175 in an event that featured a prize pool of $4.4 million.

Getting there wasn’t easy as Carroll faced a final table that included Eric Afriat (runner-up) and Maria Ho. His first WPT title came in Season XIII at the WPT Bay 101 Shooting Star for $1.3 million. Carroll also has another shot at becoming a three-time champion when the LA Poker Classic final table resumes in Las Vegas on May 16. He sits third in chips, but is hoping another win just might come before that final table.

The Las Vegas resident with $4.6 million in live tournament winnings is looking forward to heading to South Florida and hopeful for another deep run.

“I’ll be here for the entire series,” he says. “Any tournament win is special and even more so when it’s a major title like a WPT. It’s not easy navigating through a field as large as the Seminole Hard Rock Poker Showdown, so I feel very fortunate to have had things go my way that year. I’m looking forward to trying to make another run in it this year.”