The televised final table was set on Friday night for the Season XV World Poker Tour® Five Diamond World Poker Classic $10,400 Main Event. The remaining six players from a record-breaking field of 791 entries will return to Bellagio in Las Vegas on Saturday to battle for the $1.938 million top prize as part… 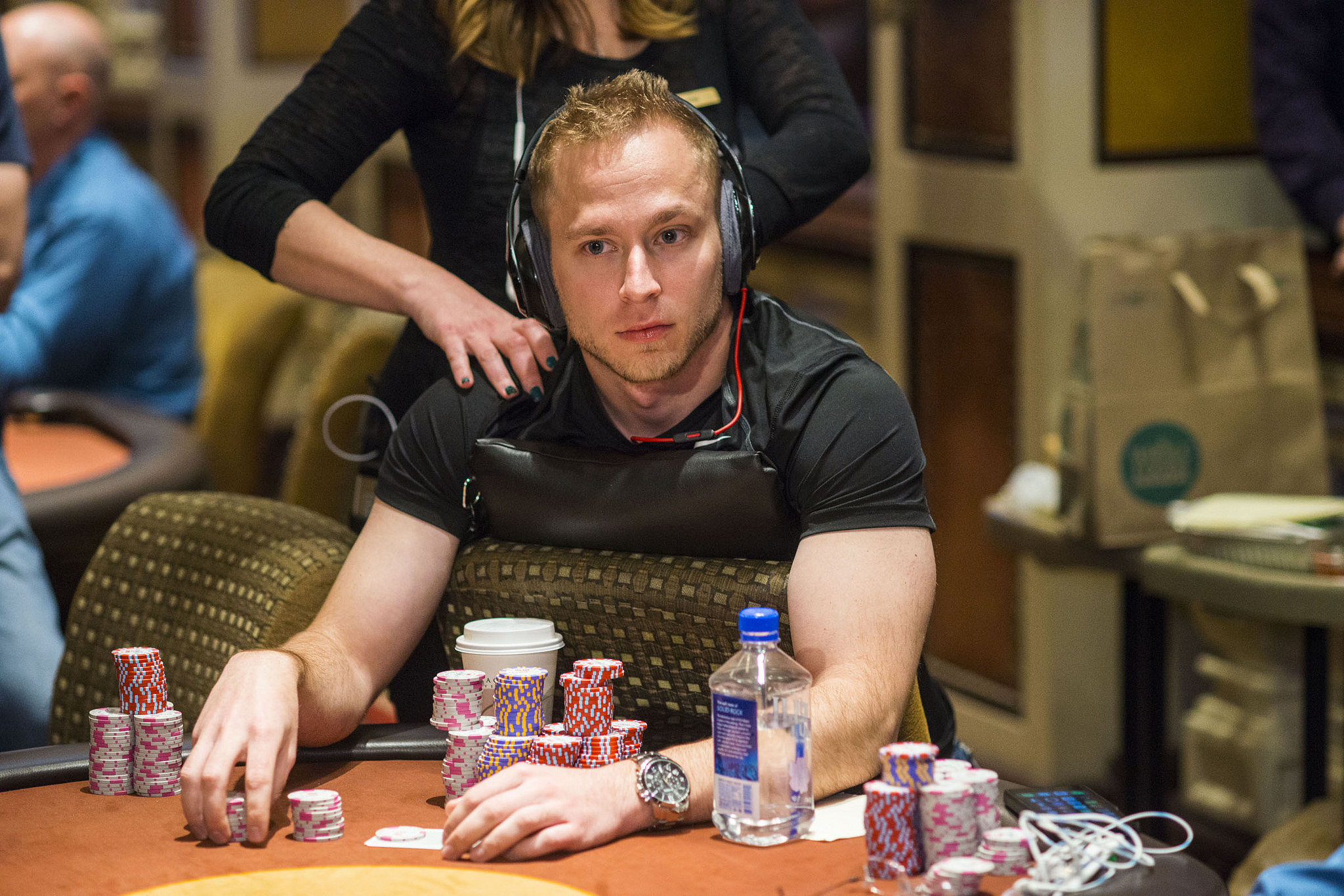 The televised final table was set on Friday night for the Season XV World Poker Tour® Five Diamond World Poker Classic $10,400 Main Event. The remaining six players from a record-breaking field of 791 entries will return to Bellagio in Las Vegas on Saturday to battle for the $1.938 million top prize as part of the $7.673 million prize pool.

Leading the way was James Romero with a commanding chip stack of 9.86 million. The next closest? That was Ryan Tosoc with 4.465 million, or nearly 5.4 million in chips behind Romero. Romero’s stack accounts for 41.5 percent of the chips in play, and each of the remaining six players has locked up $268,545 in prize money.

“It feels pretty good, but to be honest I’ve just gotten really lucky,” said Romero of making the final table in such a dominating position. “I had queen-four versus aces, ten-seven suited versus ace-eight, and I hit really big hands that I flatted preflop against monsters — I’m just running really well. More than the money, I’m excited about just being able to play whatever buy-ins I want from here on out.”

Coming out of nowhere to reach the prestigious WPT Five Diamond Main Event final table, Romero told the WPT he has plays a little bit of online poker and that he doesn’t play much live poker.

“Everyone’s playing pretty well, so I’m probably just going to use my normal strategy against the field,” Romero said of his competition heading into Saturday’s final table.

Romero will have direct position on Schindler, who is the shortest stack remaining, but Yaroshevskyy and Bonomo will occupy the two seats to Romero’s right, and both have a wealth of poker experience. Bonomo, in particular, boasts a poker career with more than $12.5 million in live tournament earnings. As Bonomo told the WPT last night after play wrapped up, WPT events had been a problem for him in his career early on, as he never seemed to get over the hump and reach a final table. He has previously finished in seventh, eighth, and 11th in WPT events, plus a few other cashes in WPT events, but now he’ll have an opportunity to really shine should he go on to win his first WPT title.

Although a win for Bonomo wouldn’t be the largest live score of his tournament career, it’d be right up there and vault him from 16th to 13th on poker’s all-time money list, according to the Hendon Mob poker database. In contrast, Romero, the chip leader, has just $4,700 in live tournament earnings.

You’ll also notice that no WPT Champions Club members reached the televised final table. Taylor Paur was the final one to bust when he hit the rail in eighth place at the hands of Yaroshevskyy. Prior to that, J.C. Tran busted in 10th and Tommy Vedes fell in 16th. Both Tran and Vedes were hoping for the opportunity to win a record-tying third WPT title, but had to settle for paydays of $76,727 and $52,124, respectively. 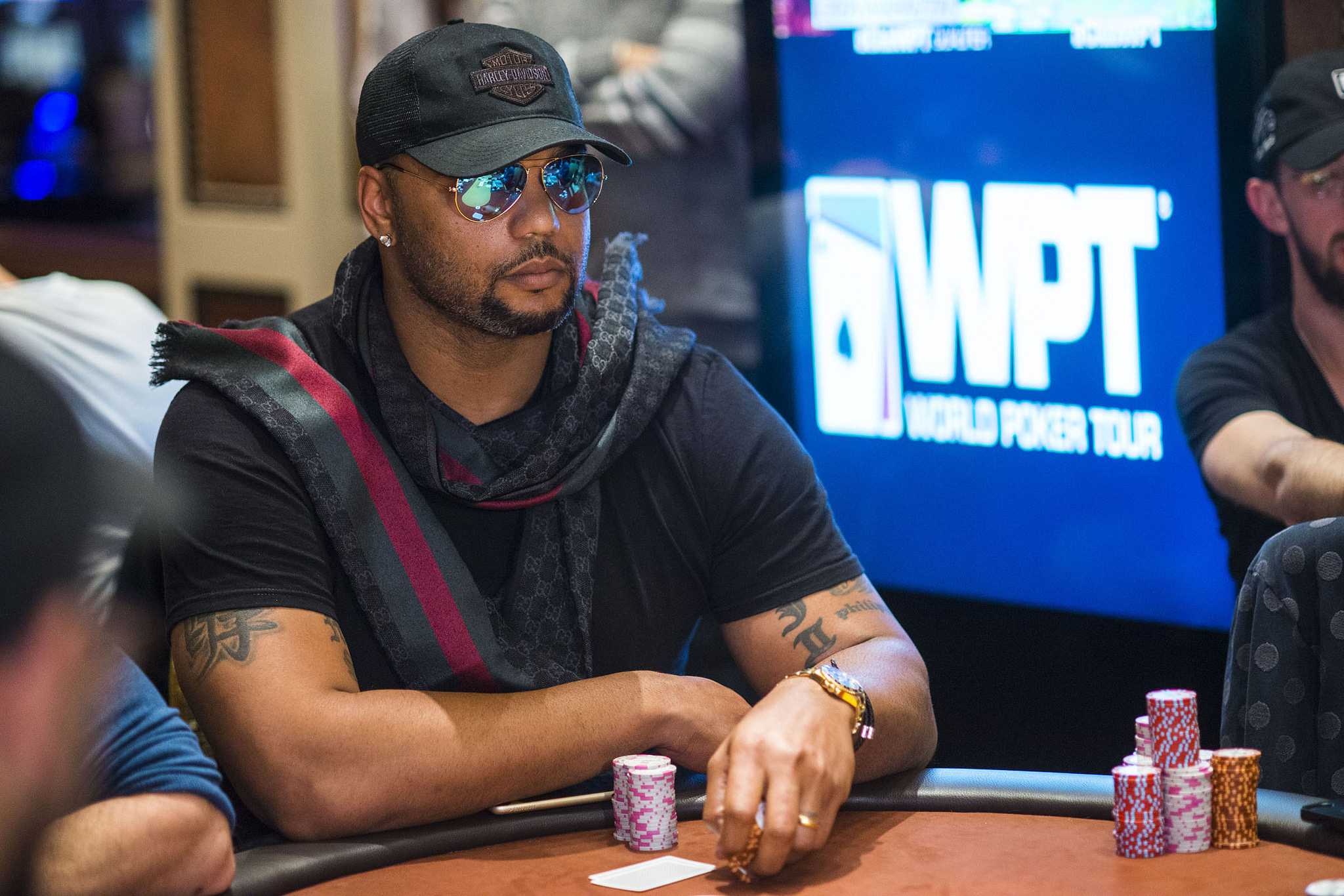 Then there was Richard Seymour, the three-time Super Bowl champion who was a star player for the NFL’s New England Patriots and Oakland Raiders. Seymour entered the penultimate day 16th in chips out of the remaining 19 players. He found his way to the final two tables after the elimination of Corey Hochman in 19th place, but his run ended in 18th.

, but he was unable to hold on when the board came

Seymour’s run was the best WPT finish of his career for his fifth World Poker Tour cash. He won $52,174 for his efforts for what proved the largest live tournament score of his to date. 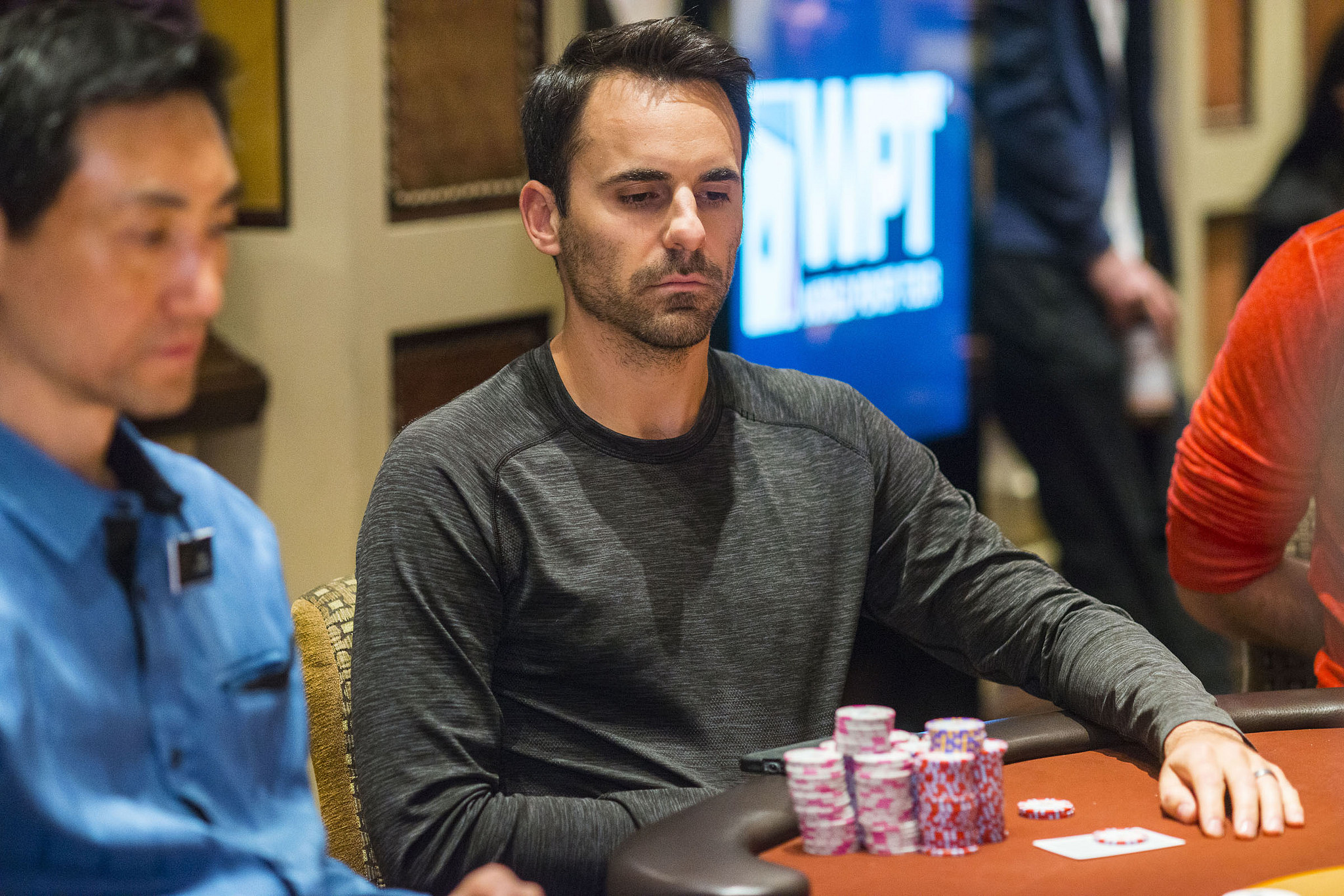 The last player to fall on Day 4 was Chris Klodnicki when he was eliminated in seventh place. Klodnicki went out to Romero, with the hand being a large reason why Romero finished with such a large chip lead heading into the televised final table.

. Klodnicki led out with a bet of 220,000. Schindler called, then Romero raised to 510,000. Klodnicki tanked for a bit, then called. Schindler also called.

for a set of sevens. Klodnicki held the

for top two pair. The river was the

The final six players will be playing for the $1.938 million top prize that includes a $15,000 seat into the season-ending WPT Tournament of Champions.

Saturday’s televised WPT Five Diamond Main Event final table will take place starting at 4 p.m. local time at Bellagio in Las Vegas. Coverage of the event’s conclusion will be available right here on WPT.com with hand-for-hand updates, and the event will be filmed for airing on FOX Sports Regional Networks in 2017.

Day 1 of the Season XV World Poker Tour® Five Diamond World Poker Classic $10,400 Main Event at Bellagio in Las Vegas was a jam-packed, star-studded affair. At the end of the first day’s action, the field size had swelled to an exciting 519 entries, and all signs point to an even bigger field…

With 791 entries, the Season XV World Poker Tour® Five Diamond World Poker Classic Main Event shattered the event’s previous best for field size and generated a whopping prize pool of nearly $7.7 million. On Saturday, Dec. 10 when the legendary tournament comes to an end, the winner will walk away with a first-place payday of…