James Romero, 27, recently won the record-breaking Season XV World Poker Tour® Five Diamond World Poker Classic Main Event and earned himself $1.938 million in first-place prize money. It was the largest score of Romero’s poker career by a landslide, as his previous best was for a mere $3,800, and a true breakout performance. “It…

James Romero, 27, recently won the record-breaking Season XV World Poker Tour® Five Diamond World Poker Classic Main Event and earned himself $1.938 million in first-place prize money. It was the largest score of Romero’s poker career by a landslide, as his previous best was for a mere $3,800, and a true breakout performance.

“It feels great,” Romero said this week, a few days after his life-changing WPT® triumph. “I’m really excited about my future playing poker.”

Excited he should be, as the nearly $2 million Romero won for topping a field of 791 entries at Bellagio in Las Vegas will go a very long way towards traveling the poker circuit, which is just what Romero plans to do next after the win.

“I’m going to be traveling the world and donating the money back to professional poker players from every country,” he said in a tone that could be perceived as humble jest, because no poker player simply sets out to lose.

In fact, for those that followed Romero’s run at Bellagio, his play exhibited someone who is very much going to do whatever he can to win. At Bellagio, Romero worked hard to earn every pot, constantly battling with his opponents in such a way that applied maximum pressure and kept them guessing at the turn of every card. It was his aggressive style that allowed Romero to build a massive chip stack that saw him enter the televised WPT final table with more than 40 percent of the chips in play.

Not only was he the biggest stack among the final six, but Romero had more than double his closest competitor.

At the final table, no one really threatened Romero. At one point, Ryan Tosoc closed the gap a little to within just a couple of million in chips, but Romero’s lead was never in jeopardy, and such, neither was him winning his first WPT title.

But what may look easy, often isn’t, especially in poker.

When it comes to something being easy in poker, the final hand couldn’t have been more of a layup for Romero, but that’s just the cards you’re dealt sometimes. If you were following along with WPT’s coverage of the final table, you’ll know that when Tosoc picked up pocket fives and moved all in for just over 13 big blinds, Romero peered around his towering stack of more than 140 big blinds to see two glorious kings. With the cowboys, Romero made the quick, easy call.

Sitting on the rail, surrounded by his cheering section as he watched the dealer run out the board, Romero and his kings went on to fade the five community cards he needed to. That sealed the deal for him to be crowned champion of the Season XV WPT Five Diamond Main Event. When the river card hit the felt and secured Romero’s victory, he fell back onto the cold aluminum atop the outer rail of the televised stage and was swarmed in the warmth of his supporters, shouting in victory for their $2 million man. 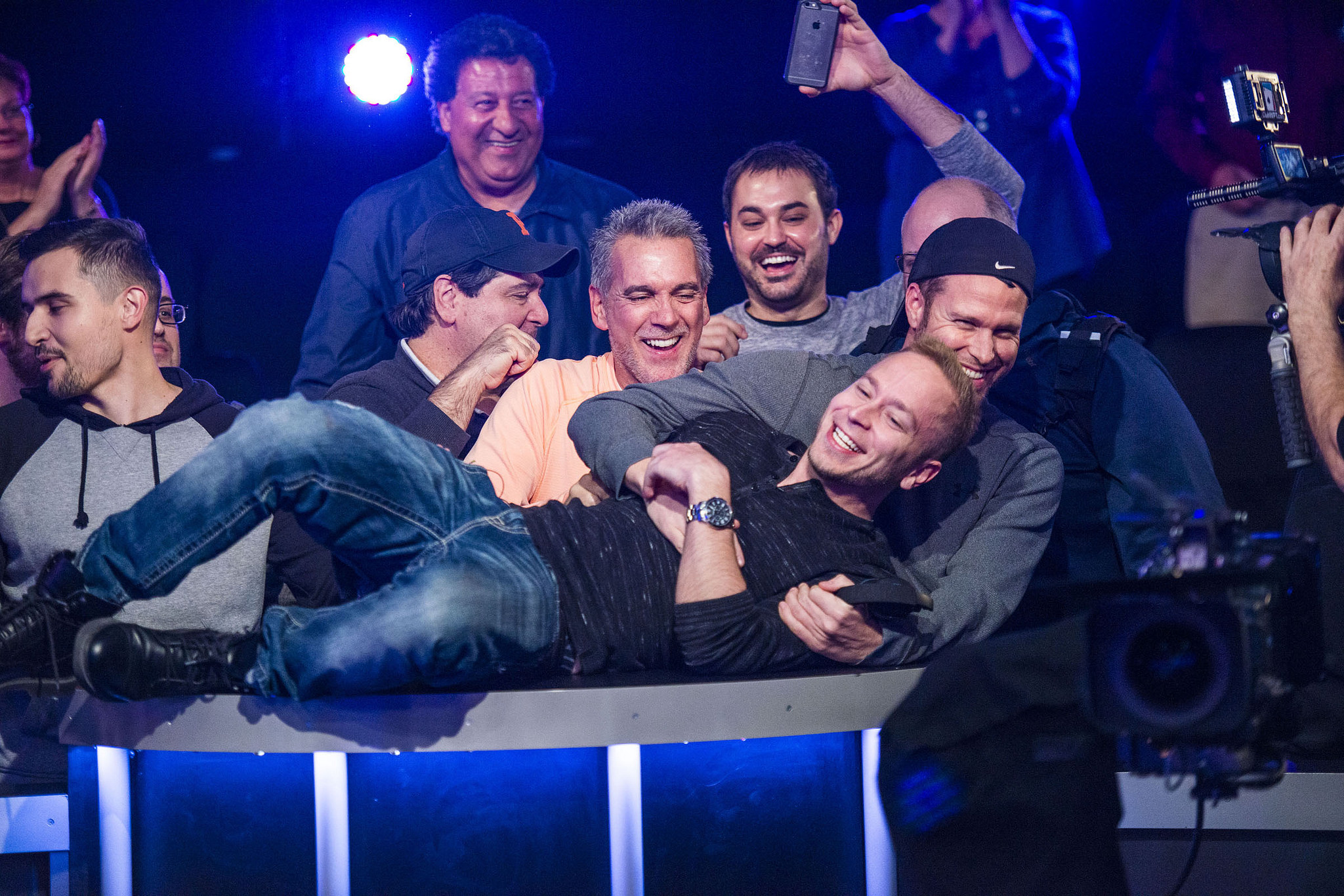 “It was an out-of-body experience,” Romero said of that title-clinching moment. “I felt like I was looking down upon myself as a spectator. It was a very weird feeling, a huge adrenaline dump. I don’t know if I’ll ever feel like that again in my life. I would imagine that this is going to feel more exciting than anything else. I don’t know anything else in life that would feel more exciting than this, just because it was so unexpected. With a wedding or a baby, you move towards that slowly over a long period of time whereas something like this hits within 24 hours. I can’t imagine anything more exciting happening in my life. This could be the pinnacle.”

A pinnacle it could very well be, but let’s not be so quick to say the winning will end here for Romero. Romero proved he has what it takes to put together a strong performance in one of the toughest and most prestigious events the world has to offer, and along with the victory he moved into second place in the Season XV Hublot WPT Player of the Year race and was awarded a $15,000 seat into the season-ending WPT Tournament of Champions. In the WPT Tournament of Champions, Romero will be pitted against the best of the best, but who’s to say he can’t be this season’s Farid Yachou?

“I think that would probably be very unlikely,” Romero said of the possibility of winning the WPT Tournament of Champions in April. “If I did win it, it would be more a factor of luck than skill as I don’t think that I am among the elite of the WPT yet. I think maybe if I keep working hard that I will be, but definitely not yet.”

If you aspire to become a member of the illustrious WPT Champions Club, come compete in a WPT Main Tour stop near you.

For a chance to win a share of $100,000 in cash and prizes from playing poker, check out ClubWPT.com today.