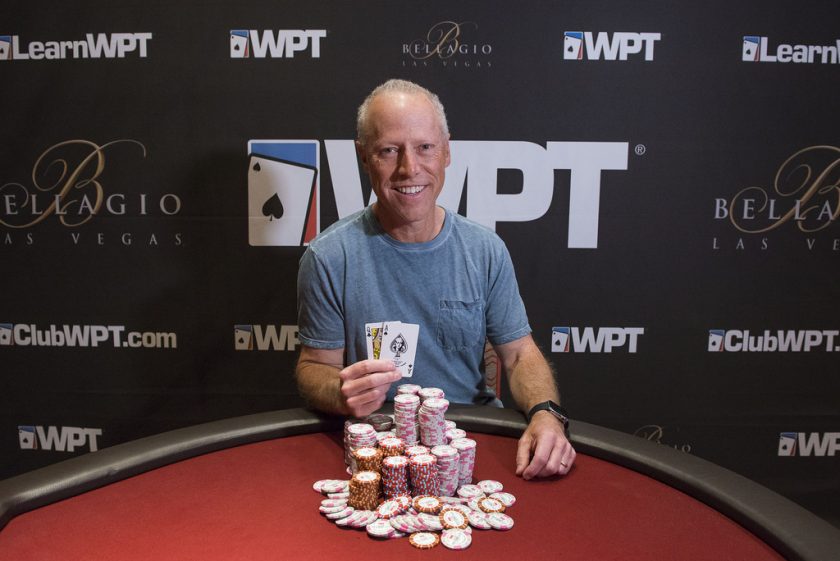 Greenberg topped a field of 126 entries in the first-ever WPT Bellagio Elite Poker Championship to capture his first WPT title and $378,879 in prize money. Included in Greenberg’s prize was a $15,000 seat to the season-ending WPT Tournament of Champions, where he will compete against fellow WPT Champions Club members for the chance to be crowned the true champion of champions.

*First prize includes a $15,000 seat into the season-ending WPT Tournament of Champions.

Greenberg entered the final table second in chips with five players remaining. WPT Champions Club member Ryan Van Sanford was the first player to bust, and Greenberg was the one to send him packing. Van Sanford four-bet shoved with pocket jacks, but Greenberg was holding two aces and quickly snapped him off. The aces held to send Van Sanford out the door in fifth with a prize of $78,221.

With Van Sanford’s bust, a new WPT champion would be crowned. Next to go was Adrian Garduno in fourth place, and then Jim Collopy fell in third place. Both were eliminated by Greenberg to leave Greenberg and Danny Qutami heads up for the title.

Qutami was severely short, though, and the two quickly found the money in the middle. Greenberg had the

and Qutami had the

. The flop, turn, and river ran out

and Qutami finished in second place.

For Greenberg, the score represented the second largest of his live tournament career and pushed him to more than $1.6 million in career live tournament earnings, according to HendonMob.com.