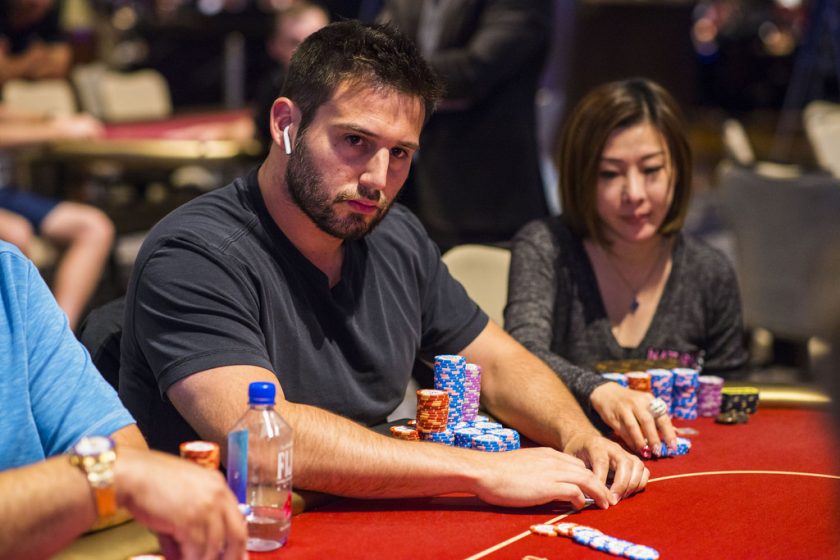 Day 3 of the Season XVI WPT Bobby Baldwin Classic has come to a conclusion with three-time WPT Champions Club member Darren Elias (pictured) headlining one of the most stacked WPT final tables in history, one that features eight WPT titles among the final six.

Eventually, both Ralph Perry (11th) and John Krpan (10th) were eliminated to leave the remaining players combined to the unofficial final table. Stephen Chidwick’s roller-coaster ride on the chip leaderboard would come to an end in ninth place after his

was no match against Dietrich Fast’s

in a blind-on-blind battle. From there, eight-handed play would continue for a long stretch before a short-stacked Ray Qartomy couldn’t win a flip against Fast’s

to be eliminated in seventh place and leave the remaining six players heading to the WPT Bobby Baldwin Classic final table.

Although he started the day right in the middle of the pack, Day 3 belonged completely to Elias on his way to ending the day as the chip leader with 2.127 million; more than double his nearest rival and roughly 44% of the total chips in play.

Elias first leaped up the leaderboard when he doubled holding the

all in preflop on a

run out. When down to 12 players, Elias flopped a set on Qartomy, who eventually improved to trips to double, before eventually capturing the chip lead after making a flush against overnight chip leader Jonathan Little. Elias continually applied pressure on his opponents and eventually took the chip lead to the unofficial final table.

From there, Elias ramped up his aggression and took more than 1.2 million into dinner break. On return, Elias continued to accumulate and steadily took pots off everyone as he crept upwards towards the 2 million chip mark, before bursting through it once he eliminated Hellmuth in seventh place.

Elias is one of five players holding three WPT titles, and with a win here, he can create history in becoming the only player to hold four. Earlier this season, Elias held the chip lead three-handed at WPT bestbet Bounty Scramble before a series of beats ended his run in third place for $135,548. If Elias can capture the inaugural WPT Bobby Baldwin Classic, he will add this stop to his wins that include WPT Borgata Poker Open, WPT Caribbean, and WPT Fallsview Poker Classic.

Asked if anything but a win would be sufficient, Elias stated, “No, no, if I don’t win, I’ll be pretty disappointed. I had a similar situation in Jacksonville earlier this [season] and I wasn’t able to win. Hopefully, I can redeem myself this time.”

However, it’s not going to be a walk in the park for Elias, as this final table features a total of eight WPT titles. Three from Elias, two each from Jonathan Little and Sam Panzica, and one from Dietrich Fast, who will each have strong motivation in capturing the third or second WPT title. Joe McKeehen may have won the 2015 WSOP Main Event, but a WPT title has eluded him after making two WPT titles this season. If McKeehen can finish on top here, he will also win the Hublot WPT Player of the Year race by overtaking Art Papazyan, who only needs to fade a McKeehen win to be crowned Hublot WPT Player of the Year. Rounding out the final table is Kitty Kuo who may not be the most notable of names compared to her other final tablists, but she does have a previous final table appearance at WPT Malta in Season XI.

Day 4 of the WPT Bobby Baldwin Classic starts at 2 p.m. PT on Wednesday with all the action being live streamed on PokerGO with commentators Dave Farra and WPT Champions Club member Jesse Sylvia on a 30-minute delay.

Stay tuned to WPT.com for continued coverage of the World Poker Tour.