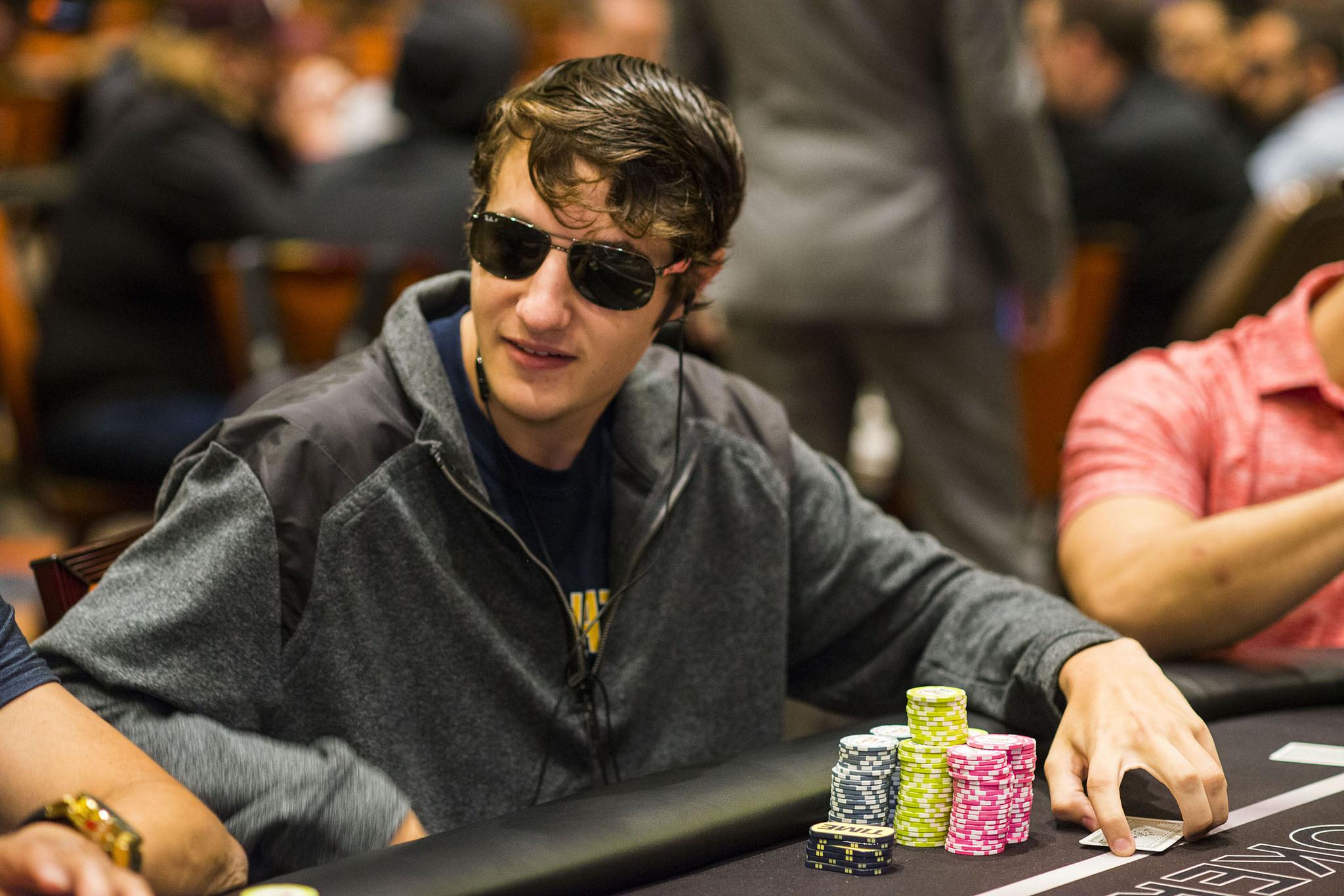 Many 20-year-olds are wrapping up their summers right about now, maybe getting ready for college. Many have worked all summer to save up some cash for buying textbooks, pizza deliveries, or an occasional party, but not Michael Stashin.

Stashin’s summer has been a bit different. He’s become one of the biggest stories at the Season XVI WPT Choctaw tournament.

Playing in his first major tournament, this college student stormed to the front of the pack in the WPT Choctaw Main Event and led the final 24 players as Day 3 cranked up.

At only 20 years old, Stashin ripped through the field at the end of Day 2. While most casinos around the country require players to be 21 years or over, it’s not that way in Oklahoma. Those 18 and over and with money to play can plunk down their cash and get in on the action – something Stashin had researched before making the trip from his hometown on Long Island, NY.

“I just looked it up and wanted to come here and my dad brought me,” Stashin said. “This is my first tournament for over $500.”

The trip turned out to be a major success, and there’s still room for plenty more. As he began play on Monday, August 7, Stashin’s stack was well over 5 million in chips and more than 3 million more than anyone else in the field. His father is certainly pleased with his card-playing prodigy, who only left his teenage years behind in May.

“He’s more nervous than me for sure,” Stashin said of his dad. “He’s just telling me, ‘There’s nothing I can tell you, you know what you’re doing. Just keep playing your game.’”

Crediting his roommate Jordan Schnagel with some of his success, Stashin has been playing poker for a few years, both online and in live cash games.

“My roommate from college actually got me into the game,” Stashin said. “He’s like a really crazy thinker about the game. I always understood poker, but he showed me a whole new level that I never even understood, so I have to thank him.”

Stashin notched a key elimination late on Day 2 near the money bubble. With blinds at 3,000/6,000 and 1,000 antes, Karen Norman put in a raise to 20,000 from under the gun. Stashin reraised to 50,000 from middle position, and that was followed by a four-bet all in for 165,000 from WPT Champions Club member Dylan Wilkerson out of the small blind. Norman proceeded to fold.

With the new Action Clock in play, Stashin used one of his time-extension buttons to contemplate his decision. He then used another extension before calling and tabling [KcKh]. Wilkerson showed [QsQd]. The flop brought Stashin a third king and he raked a big pot to push his stack over 700,000 chips and continued to cruise throughout the day.

In high school, Stashin was on the wrestling team and now enjoys hanging out with friends and playing sports when not studying for class or playing cards.

Now a student at the University at Albany, Stashin is majoring in psychology and hopes one day to open his own practice and help others and even use hypnosis therapy. He also hopes to keep playing poker on the side. Stashin believes his studies of the mind have helped him at the table.

“I think I’m always a really good thinker,” Stashin said. “I think things through and really think I can get inside people’s head with the psychology part.”

A tournament win at this level would be something even more special. With such a big chip stack, there is no doubt Stashin has a nice shot at the $593,173 first-place prize and a chance to etch his name on the prestigious WPT Champions Cup – and he’s working hard to make that happen.

“It would be pretty huge,” he said. “It would definitely be the biggest win of my life so far – it would be the only win. It would be huge.”