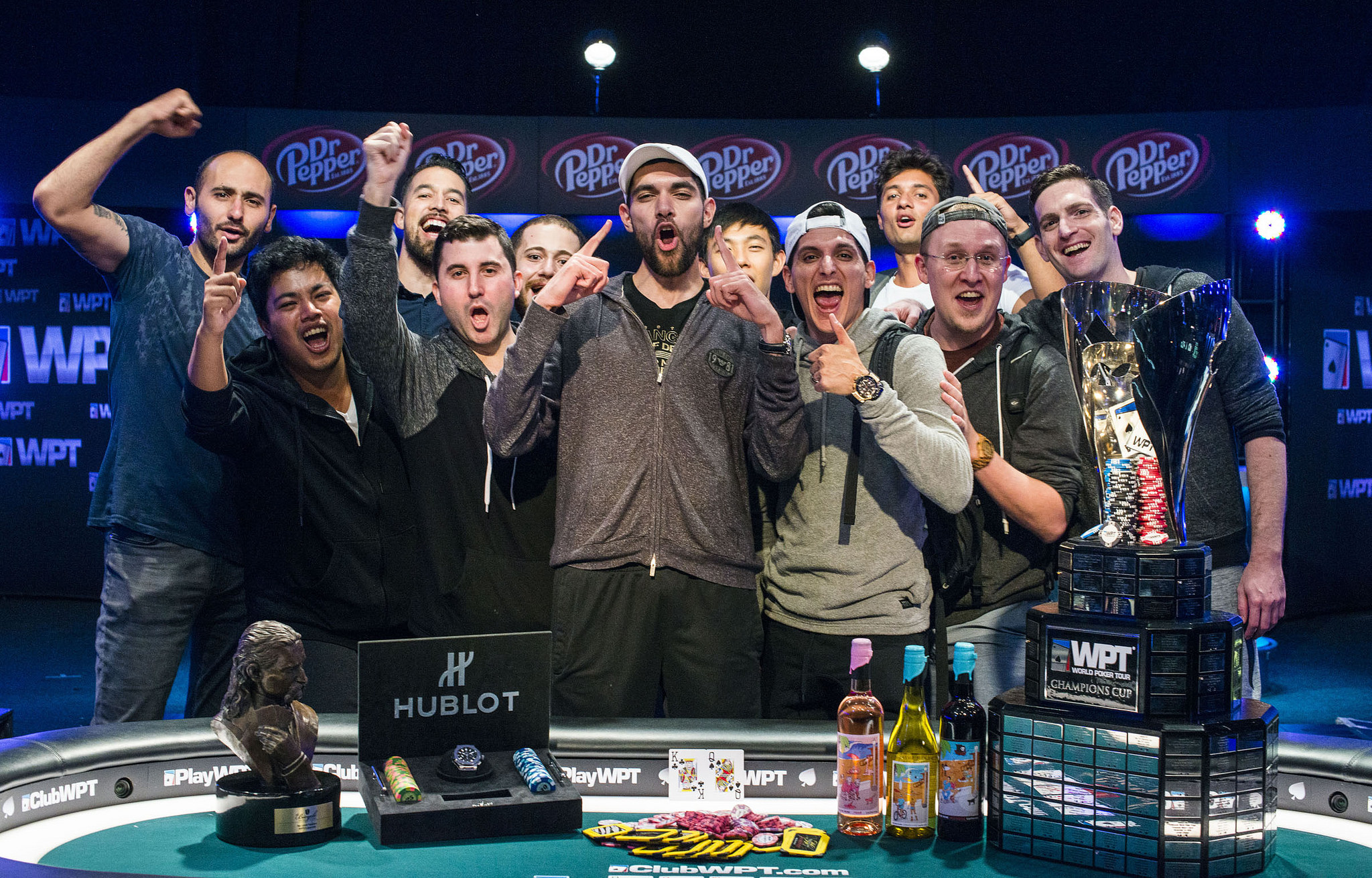 Papazyan’s prize includes a $15,000 seat into the season-ending WPT Tournament of Champions, and he also earned a luxurious Hublot Big Bang Steel watch.

On the final hand, Papazyan’s

were the two hands the players got all the money in with preflop. Papazyan needed to come from behind to secure the victory, as he held the chip lead at the time, and Hellmuth needed to hold on and double up.

flop delivered Papazyan with the queen he needed to take the lead, but Hellmuth wasn’t done yet. Hellmuth could still hit an ace to make a better pair, a jack to make a Broadway straight, or other running cards to win the hand. The

on the turn gave Hellmuth a flush draw to go along with everything else, but the

river missed him completely and it was all over.

*First-prize amount includes a US $15,000 seat into the season-ending WPT Tournament of Champions.

In addition to beating Hellmuth to secure the victory, Papazyan outlasted a very tough final table that included two-time WPT champions JC Tran and Marvin Rettenmaier. Both Tran and Rettenmaier were looking to join the ranks of players with three WPT titles, but Rettenmaier was the second player eliminated, going out in fifth place, and Tran fell in third.

Tran’s elimination came when his

of Hellmuth on a

New Leader in Hublot WPT Player of the Year Race

Not only did Papazyan earn the lion’s share of the prize pool, the title, the Hublot watch, and everything else that the winner receives, but he earned a valuable 1,200 points in the Hublot WPT Player of the Year race. With that, Papazyan now holds the same amount of points in the race as WPT Choctaw winner Jay Lee, but Papazyan has the tiebreaker because he won the most money.

Next Up for the World Poker Tour

Next up for the WPT Main Tour is a trip to the East Coast for the Season XVI WPT Borgata Poker Open. The $3,500 Championship Event boasts a guaranteed prize pool of $3 million and runs September 17-22, 2017 at Borgata Hotel Casino & Spa. This is another televised event on Season XVI of the World Poker Tour and one that always draws a massive field and huge prize pool. Last season, Jesse Sylvia topped a field of 1,179 entries to earn $821,811.

For more information on all of the upcoming WPT Main Tour stops, click here.