Day 2 of the Season XVI WPT Tournament of Champions has come to a close with Darren Elias (pictured) leading the final five players into the Saturday’s televised final table. Starting at 4 p.m. PT, the final five will take to the felt at Esports Arena Las Vegas at Luxor Hotel and Casino to battle for the $463,375 top prize.

The day began with just 29 players remaining from the 80 WPT Champions Club members that started. It would be Season XVI WPT L.A. Poker Classic winner Dennis Blieden riding into the day as chip leader courtesy of a set-over-set hand against Aaron Mermelstein on the final hand of play on Day 1. Once cards were in the air, action played at a furious rate as Stefan Schillhabel, Ryan Tosoc, and Hublot WPT Player of the Year Art Papazyan were all eliminated in the first level. Soon after that, Harry Arutyunyan, Griffin Paul, Pete Chen, Mike Del Vecchio, John Hennigan, and Mohsin Charania had all fallen before the first break arrived.

The tournament quickly progressed down to the final two tables, and from there play reached the money bubble once Noah Schwartz, Erik Seidel, and Eric Afriat were bounced out. Unfortunately for Blieden, his meteoric rise to the chip lead on Day 1 would end with his elimination on the bubble.

Blieden limped in from the small blind for 6,000 holding the

. Matas Cimbolas shoved from the big blind holding the

Justin Young (10th – $39,840) and Nam Le (9th – $39,840) were eliminated before Cimbolas headed to dinner break as the chip leader. When play resumed, all would be quiet for the first level, until back-to-back hands would take the field from eight players down to the final five.

Sam Panzica five-bet shoved all in holding the

and was up against Cimbolas’

. No help arrived for Panzica, and he was eliminated in eighth place. The very next hand saw Ryan Riess shove all in from the hijack holding the

before J.C. Tran shoved over the top from the button with his

. Elias made the call from the big blind with the

to put both players at risk. When the board ran out

, Riess and Tran were eliminated, and the final table of five was set.

“Today was crazy,” Elias said. “Just running really good. Seemed like I couldn’t lose preflop all-ins. I was probably in last with 12 or 13 left on the bubble. I was able to double up. Got lucky in some situations.”

Elias’ first two WPT victories came in Season XIII when he won the WPT Borgata Poker Open and WPT Caribbean back to back. In Season XV, he won the WPT Fallsview Poker Classic, and just two days ago he won the inaugural WPT Bobby Baldwin Classic. No doubt he is on a hot streak, and he is looking for that to continue.

“I hope it keeps going like today,” Elias said. “Wins kind of come in bunches in poker, I think, and when you’re winning, you’re more confident and maybe you’re playing better. Hopefully, I can keep it going tomorrow and get another one.”

Just two days ago, Elias was the chip leader heading into the inaugural WPT Bobby Baldwin Classic final table before he crushed his competition on the final day and became the first player to win four WPT titles and separate himself from three-time winners Carlos Mortensen, Gus Hansen, Chino Rheem, and Anthony Zinno.

Just like the WPT Bobby Baldwin Classic final table was stacked with incredible poker talent, the final table of the WPT Tournament of Champions isn’t going to be a walk in the park for Elias. Sitting below him on the leaderboard is Cimbolas, who has displayed his aggression throughout the later part of the final stages of the day. The other three players – Matthew Waxman, Nick Schulman, and David Benyamine – are also incredibly accomplished poker players.

Below are each player’s WPT career statistics and information leading up to this WPT Tournament of Champions. 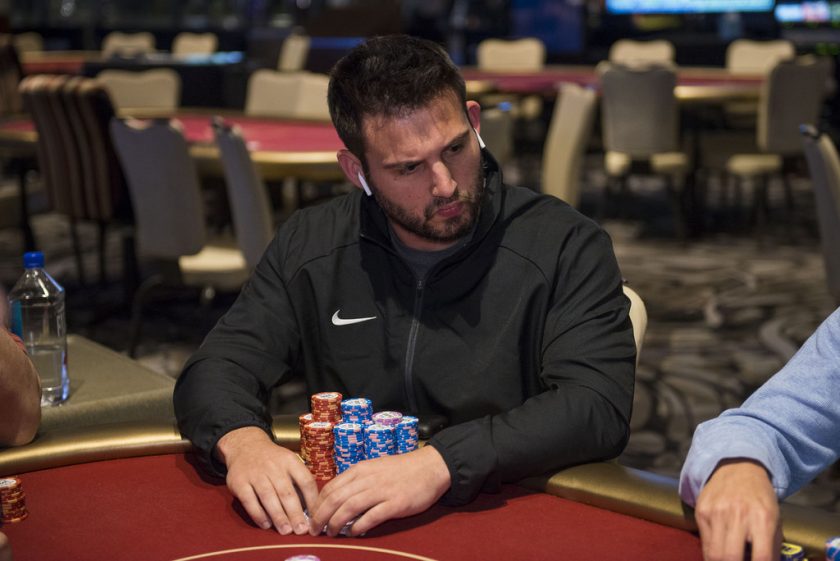 It can be easily argued that Elias is the most accomplished player on the World Poker Tour, as he is the leader in WPT titles, WPT cashes, and is tied with Phil Ivey for most final tables. After winning the WPT Bobby Baldwin Classic for his fourth WPT title just two days ago, Elias will be hoping to ride his hot streak into back-to-back wins to close out Season XVI. 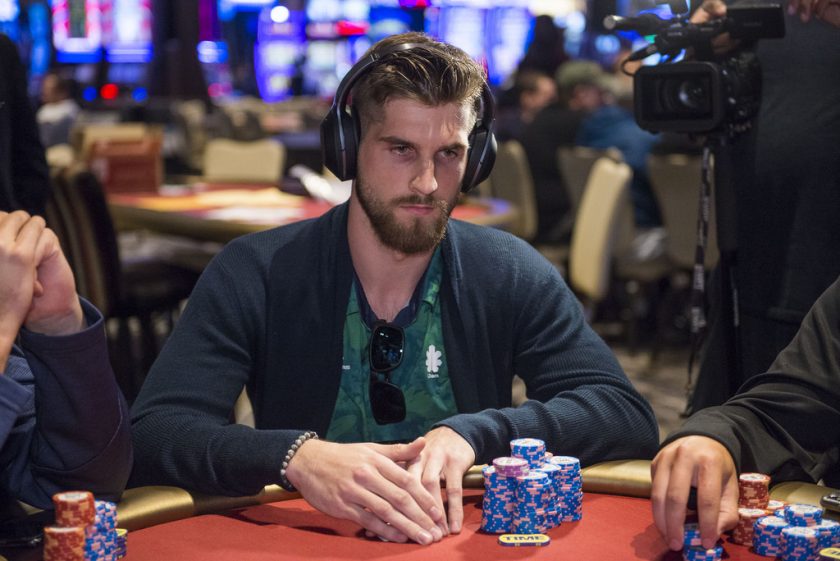 Matas Cimbolas is the youngest player at the final table at just 25 years old and won his only World Poker Tour title in Season XIII at WPT United Kingdom for $313,328 when he defeated a 354-player field. Cimbolas showed bold aggression on play-down day and is right on Elias’ heels. 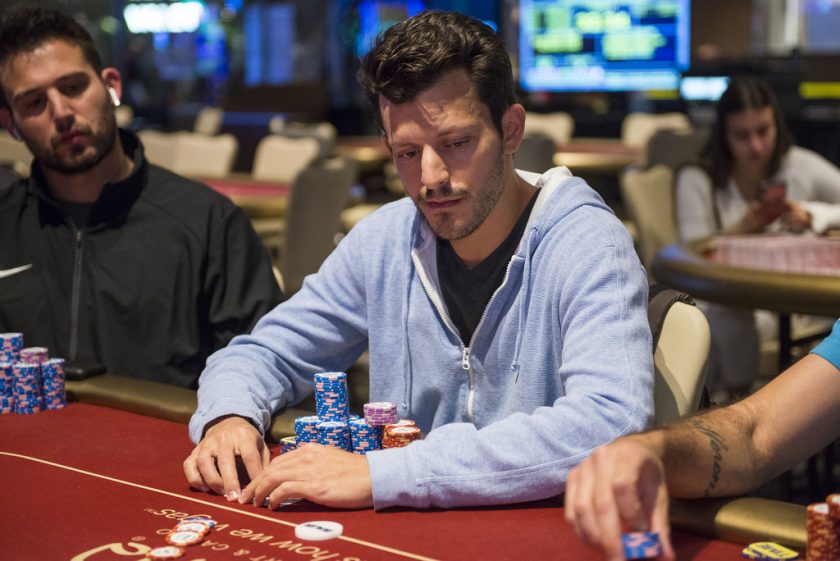 In Season X, Matthew Waxman found himself at the WPT Grand Prix de Paris. There, he bested a 312-player field to capture the $729,886 first prize. A second WPT final table has eluded Waxman since, but he is one of the most feared players on the tournament circuit these days collecting results all across the country. 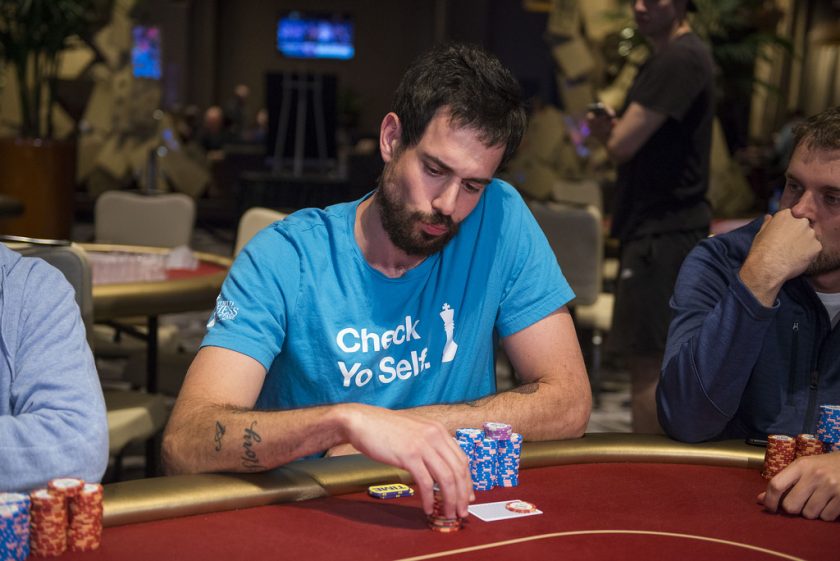 Nick Schulman launched his poker career with a victory in the Season IV WPT Foxwoods World Poker Finals when he captured the $2.167 million first-place prize after defeating a 783-player field. Schulman finished runner-up to Mike Vela in the very same event two seasons later before reaching the Season V WPT World Championship final table. These days, Schulman is known as one of poker commentary’s greats, he is still a regular in high-stakes cash games and amasses tournament results left and right. He will be looking to add another major victory by taking the Season XVI WPT Tournament of Champions title. 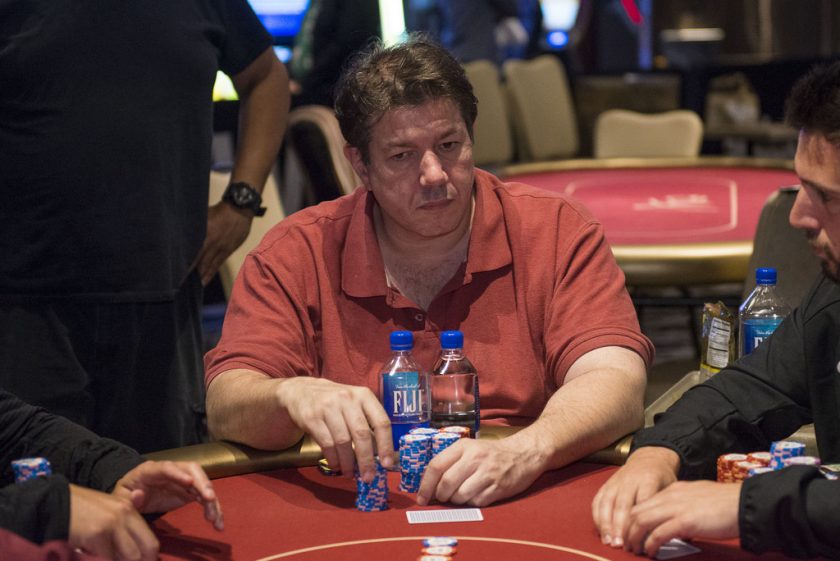 In Season II, David Benyamine outlasted 96 players to win the WPT Grand Prix de Paris for $430,969. Since then, Benyamine has reached three other final tables; two of which were here in Las Vegas on his way to amassing more than $1.8 million in WPT career earnings.

For the final five players, they will be switching venues to the brand new state-of-the-art Esports Arena Las Vegas for the completion of the WPT Tournament of Champions. Cards will be in the air at 4 p.m. PT and you can come down and experience the World Poker Tour in the $20 million, 30,000-square foot Esports Arena at the Luxor Hotel and Casino starting at 1 p.m.