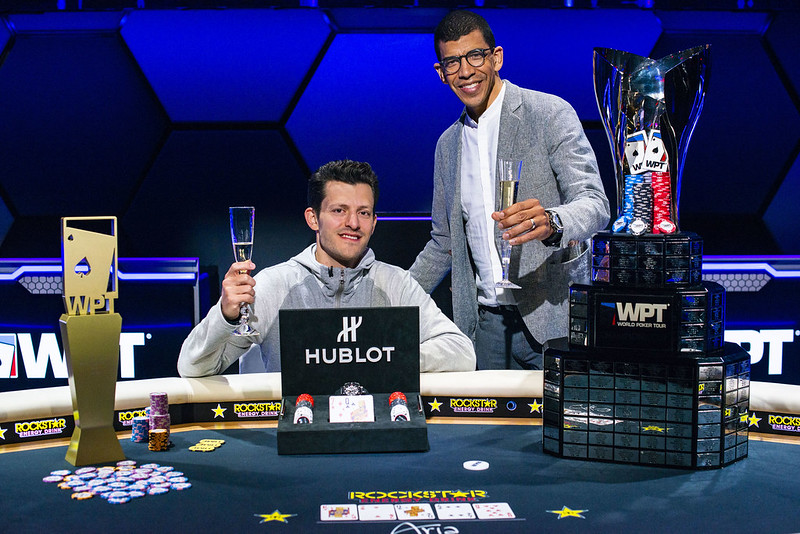 Oddly enough, the first two [WPT Tournament of Champions events] were in my hometown about 15 minutes from me, but then I finally have to come all the way to Vegas and that’s when I win,” Waxman said with a smile. “It was great. I had a lot of fun playing with these guys.”

Waxman admitted he wavered a little bit ahead of the event, thinking whether or not he was going to play due to the combination of a high buy-in, tough field, and indecision on the confidence he had in his game. It’s a great thing he decided to play because in the end, he was the man left on top of the WPT Tournament of Champions mountain.

“I was thinking about not playing because it’s a big buy-in and I wasn’t too confident in my game, but I jumped in there after feeling pretty good lately,” Waxman said. “It’s just a great tournament. You’re playing with a lot of these big faces that you’re used to seeing on TV and you’re just playing these big pots. Although there were only 80 players, the atmosphere – you can just feel the tension. It’s a real treat to play, and to be able to win this thing is amazing.”

*First-place prize includes a $15,000 seat to the Season XVII WPT Tournament of Champions.

Three days ago, 80 WPT Champions Club members took their seats at the ARIA Resort & Casino to play in the largest WPT Tournament of Champions to this date. Previous winners from a wide of array of seasons came out to compete, and it wasn’t just the young guns from recent years. Season II’s Paul Phillips, Season III’s Eli Elezra and Daniel Negreanu, and Season IV’s Gavin Smith, Nick Schulman, and Nam Le, were all in attendance, just to name a few.

Although players began the tournament with a deep 500-big blind stack, it didn’t stop players looking to ascend up the leaderboard on Day 1. When the first day of action wrapped up, just 29 would remain heading into Day 2. The penultimate day of play would be action-packed, with no better example than on the last hand of the day when Ryan Riess and J.C. Tran were eliminated in the same hand by four-time WPT champion Darren Elias. That left the event with just five players at the WPT Tournament of Champions final table.

Players would switch venues to the brand new state-of-the-art Esports Arena Las Vegas for the completion of the WPT Tournament of Champions, and it would be déjà vu for Elias who would hold the chip lead heading into the final table just as he did a few days earlier at the inaugural WPT Bobby Baldwin Classic. In the WPT Bobby Baldwin Classic, Elias captured a historic fourth WPT title, becoming the first player to ever do so.

Once play was underway at the final table, Elias maintained his chip lead as the other players at the table switched places across the leaderboard. It took 48 hands until the first major momentum swing would occur when Waxman got three streets of value holding the

board against Elias to take the chip lead. Just a few hands later, Schulman found himself all in holding the

. When the dealer ran out a

board, Schulman was eliminated in fifth place.

Next to fall was Season II WPT Grand Prix de Paris winner David Benyamine, who was all in holding the

. The dealer spread a

board, and Elias struck a two-outer to send Benyamine out in fourth place.

With Elias now holding a commanding chip lead, he played a tournament-defining pot against Waxman. Elias four-bet shoved holding the

, and Waxman quickly called all in holding the

. It looked like this would be the end of the line for Waxman, but the board ran out

and Waxman spiked a straight to hold half the chips in play. Elias’ run would then end in third place after he shoved holding the

. He was called by Matas Cimbolas’

. The flop brought an ace, and not much after that, and as Elias exited in third as the WPT Tournament of Champions was down to heads-up play with Waxman holding a 2-1 chip advantage over Cimbolas.

Heads-up play saw both players trade some chips back-and-forth before Waxman slowly started to chip away at his younger opponent. Waxman’s approach was methodical, and when it came to the final hand, Waxman check-called all three streets holding the

. Cimbolas had shoved all in with the

, and when Waxman picked off his bluff, Cimbolas was eliminated in second place.

Art Papazyan Honored with Hublot WPT Player of the Year 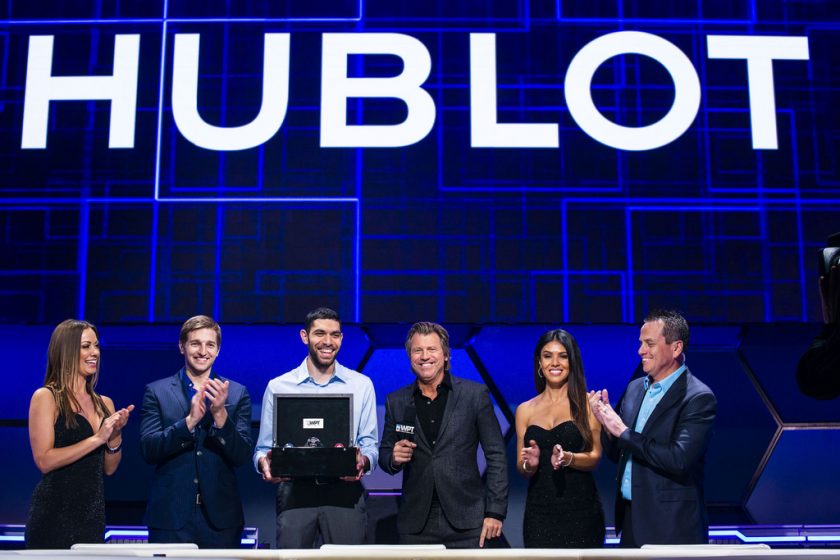 During the second break of the final table, Art Papazyan was officially crowned the Hublot WPT Player of the Year for Season XVI. Papazyan secured 2,450 points, thanks to his two WPT victories and a third cash, and held off a late charge from Joe McKeehen to win the award. For the win, Papazyan earned a Hublot Big Bang Unico World Poker Tour Limited Edition watch, plus complimentary accommodation and ground transportation for any WPT Main Tour stop he wishes to attend in Season XVII.

With the WPT Tournament of Champions now in the history books, attention must be turned to the upcoming WPT500 Las Vegas held at the ARIA Resort & Casino from June 25-July 3, and then the upcoming Season XVII of the WPT that was just announced today and will begin with the WPT Gardens Poker Festival from July 21-26. For more information on the 2018 leg of Season XVII, click here.