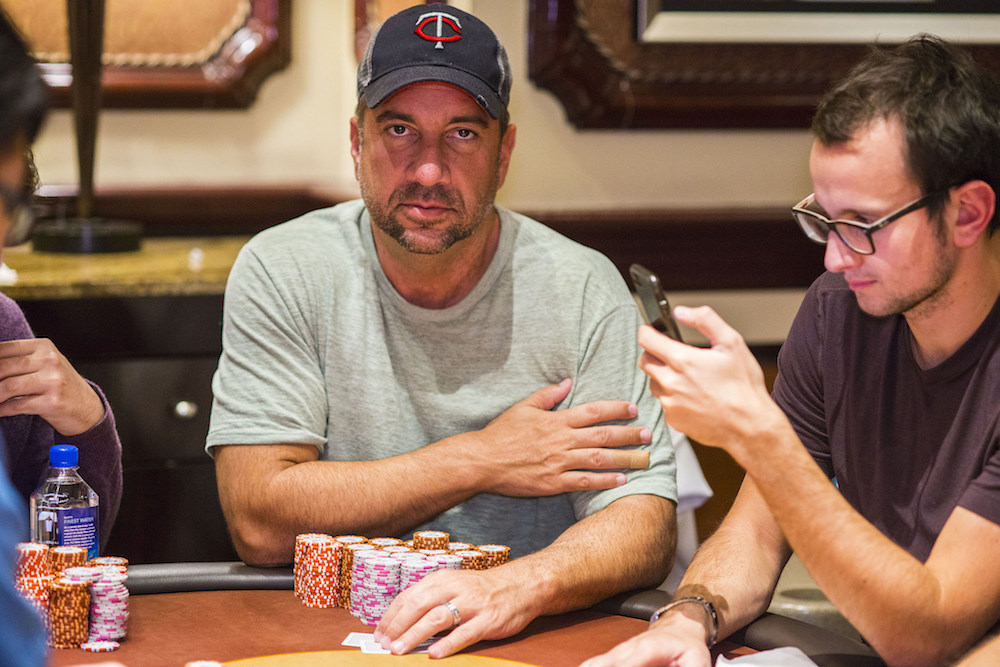 Day 3 of the Season XVI WPT Five Diamond World Poker Classic Main Event concluded with 90 players remaining from the record-setting field of 812 entries. Leading the charge into Day 4 – a day in which the money bubble is guaranteed to burst – is Blake Bohn (pictured above) with a stack of 871,000 in chips.

Bohn has yet to secure a WPT title, but his résumé doesn’t lack big time results. Bohn boasts a career of more than $2.6 million in live earnings, according to HendonMob.com, and he does have a WPT final table under his belt from the Season XIII WPT Borgata Poker Open. In that event, Bohn placed fifth for $213,999.

Bohn has seven career cashes on the World Poker Tour, but he has yet to cash in the WPT Five Diamond World Poker Classic. That said, Bohn has set himself up very nicely to change that come Friday’s Day 4.

Helping Bohn earn the chip lead was a pot late on Day 3 when he knocked out Rainer Kempe with ace-king versus ace-queen. The two got the money in preflop and Bohn’s hand held with ease to push him to more than 800,000 in chips.

Not too far behind Bohn is Daniel Strelitz (pictured below), who bagged a stack of 791,000. Strelitz entered Day 3 with a stack of 310,900 in chips. That put him second overall behind only Brandon Meyers, and from there Strelitz simply built and built and built. Strelitz is known to be a very aggressive player, and his powerful style was on display on Day 3. It also helps when you’re making hands, as Strelitz did, too. 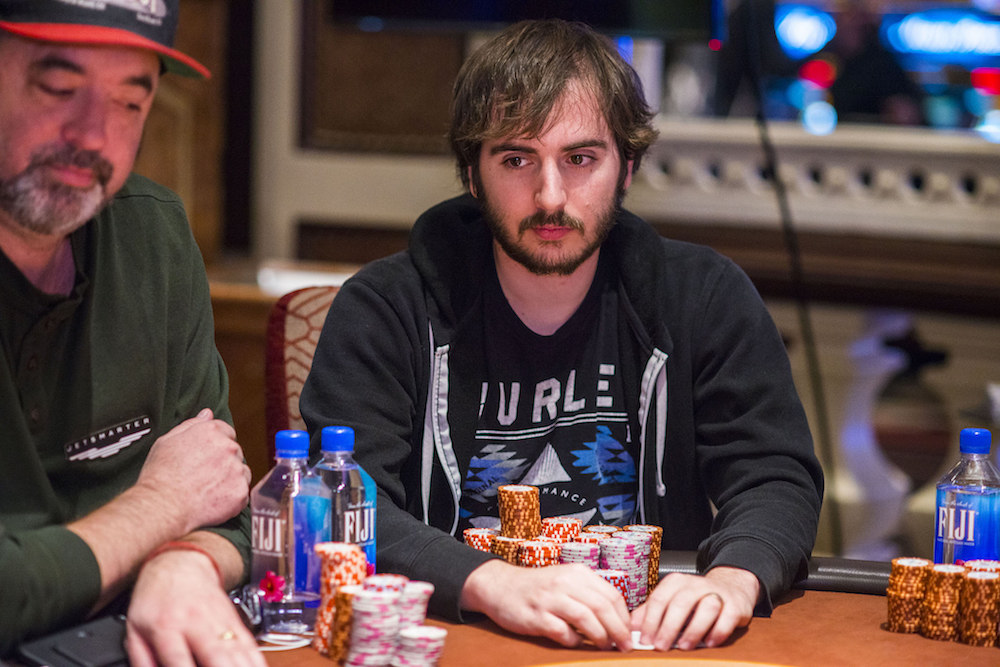 “I’ve been running well all day and for the entire tournament,” Strelitz said.

In Level 15, Strelitz checked and was faced with a bet of 15,000 from Richard Lyndaker on the final board of

that Strelitz turned over for a full house.

Strelitz is no stranger to success on the World Poker Tour, having joined the prestigious WPT Champions Club in Season XV when he won the WPT L.A. Poker Classic for just more than $1 million.

“It just gives me the confidence [to know] it’s possible,” Strelitz said of how his WPT L.A. Poker Classic win can help him. “Also, having a reputation. I think they watched me play at LAPC and that helps.”

A sharp poker mind, Strelitz understands that he can’t always put the pedal to the metal. In fact, there are times he slows it down quite a bit, especially in such a slow-paced structure like the one in play here at WPT Five Diamond.

“I can definitely play a lot tighter,” Strelitz said. “There were a few levels today where I folded everything except five hands. It wasn’t a big deal because the structure is so good. My stack barely moved at all, it didn’t even matter.”

In addition to Strelitz, the remaining field is littered with poker powerhouses, including a hefty amount of WPT Champions Club members. Matt Giannetti, Chino Rheem, Jared Jaffee, and Darren Elias were just a few of those players to advance to Day 4. In regards to Rheem and Elias, both are three-time WPT champions and winning a fourth title would set a new record. There are currently five players tied for the most individual WPT titles with three. Joining Rheem and Elias with that accolade are Gus Hansen, Anthony Zinno, and Carlos Mortensen.

The tournament also lost a lot of top talent, including defending champion James Romero and WPT Raw Deal host Phil Hellmuth. Romero busted back in Level 13 when his ace-jack couldn’t come from behind against the pocket queens of Kempe, and Hellmuth went out at the hands of Lander Lijo. In Hellmuth’s bust, Lijo hit a queen on the river with queen-jack against Hellmuth’s ace-king.

The final 90 players will return to action on Friday looking to reach the money of the top 81 places. A min-cash is worth $19,691 in this event, but it’s the nearly $2 million up top that all the remaining competitors are aiming for. In addition to the lion’s share of the prize pool, the winner will earn a luxurious Hublot Big Bang Steel watch and a $5,000 membership to JetSmarter.

When play kicks off on Friday at 12 p.m. PT in Las Vegas, the Action Clock provided by Protection Poker will be in play, as the field is one table off the money. That means players will have 30 seconds to act with each decision, plus additional 30-second time extensions should they need it. It’s worth noting that Friday’s $25,000 High Roller at Bellagio will also feature the use of the Action Clock.