The final day of the S19 WPTDeepStacks Sochi Festival in cooperation with partypoker LIVE and Poker Club Management has arrived and it will feature the conclusion of the ₽119,000 Main Event. Out of a field of 413 entries, only eight players remain to battle for the lion’s share of the ₽42,432,670 (~$576,815) prize pool at Casino Sochi.

Two Bounty Events will conclude the festival and the final day of Event #9 WPT Closer will see 48 players return to their seats, all aiming to end the festival on a high note. Read more below on what has happened on the penultimate day at the stunning Casino Sochi in the Krasnaya Polyana region, not far away from the ski slopes of the 2014 Olympic Winter Games.

After the conclusion of Day 2, the flagship 2021 WPTDS Sochi Main Event had burst the money bubble and 53 hopefuls bagged and tagged for the night, all guaranteed a return on their initial ₽119,000 investment. The penultimate tournament day was slated to play a maximum of ten levels of 60 minutes each or down to the final eight, the latter of which was achieved after nearly nine and a half levels.

Maksim Skripkin emerged as the commanding chip leader with more than one-third of the chips in play. His 4,255,000 chips are well ahead of second-placed Yuriy Salikaev, who was in the lead after Day 2 and will return with a stack of 2,400,000. Another three players claimed seven-figure stacks to their names in Artsiom Prostak (1,555,000), Artem Vezhenkov (1,320,000), and Vitaliy Pankov (1,140,000). Vitaliy Li, Mustafa Biz, and Narek Arsenyan round up the final table line-up.

Notable casualties on Day 3 included the likes of Aleksandr Denisov, WPT Champions Club member Dmitry Gromov, Sonia-Veronika Shashikhina, Nikolay Fal, Giorgiy Skhulukhiya, and Vladimir Shabalin. Gromov lost the remainder of his short stack in a flop while Shashikhina as the last woman standing failed to get there with suited connectors on the feature table.

Eventual chip leader Skripkin was all but gone in a three-way all-in showdown against Dennis Vitchenko and Giorgiy Skhulukhiya, the latter of which had dominated the early stages of the day. Skripkin’s queens were in dire shape against the kings of a shorter-stacked Vitchenko and the aces of Skhulukhiya. However, fortune was on his side as a queen appeared on the turn. Skhulukhiya never recovered from that blow and eventually departed in 18th place after losing ace-queen to pocket kings.

One short stack after the other ran out of chips during the tense final two tables and Vladimir Lipnitskiy became the last casualty of the night when he ran his ace-queen suited into the pocket aces of Prostak.

The final day will get underway at noon local time with 37 minutes remaining at blinds of 20,000/40,000 and a big blind ante of 40,000. Cards-up coverage and commentary will be available on a security delay of 30 minutes on the partypoker LIVE Youtube and Twitch channels.

Two starting days remained for Event #9 WPT Opener. In the first flight one day prior, seven players out of 41 entries punched their seat for Day 2 of the ₽77,000 (~$1,078) buy-in. The attendance on Day 1b was more than two times of that as another 94 entries were recorded. Only 17 players advanced and WPT Opener finalist Daria Krashennikova emerged as the runaway chip leader.

Her stack of 684,000 is more than three times of second-placed Vladimir Kuzmenko. Notables in the top five include Georgiy Filippovich and Marat Shafigulin, Garik Tamasyan, Sergey Chudapal, and Andrey Danilyuk all advanced as well. Among the familiar faces that failed to bag up chips for Day 2 were Aleksandr Chernikov, Vitaliy Karaivan, Vladislav Naumov, Alisa Sibgatova, Dmitry Gromov, Andrey Andreev, and Andrey Goryachev. 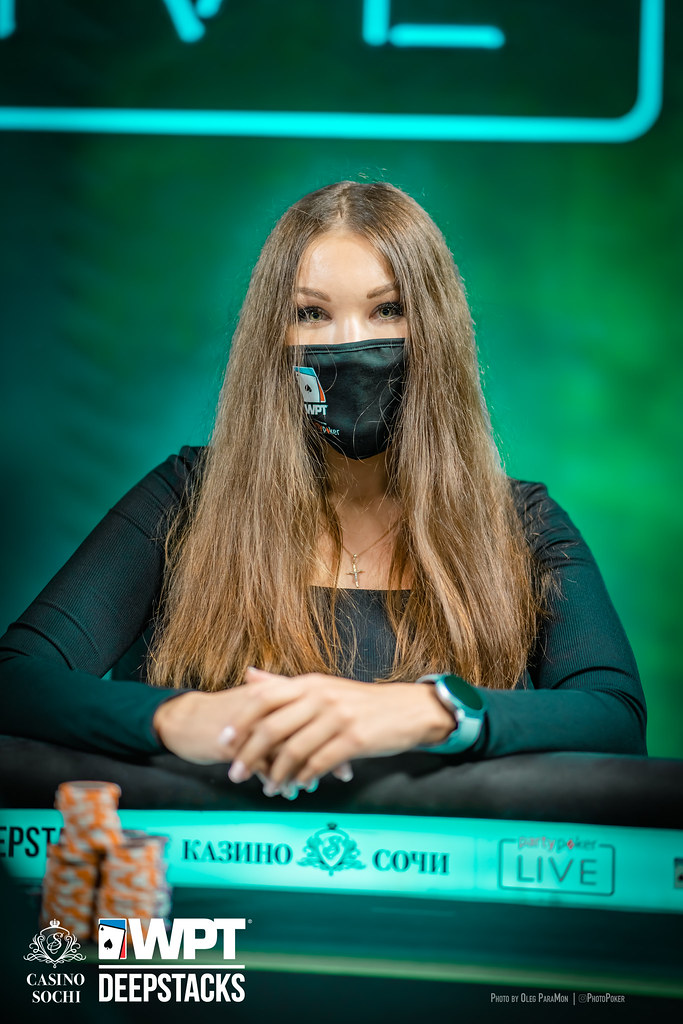 The same day also featured the turbo heat Day 1c which reeled in 57 entries. When the action was stopped in level 14, only 24 players had chips at their disposal. Mark Uzdenov (128,500) and Vasily Grebennikov (128,000) were separated by a single chip, Lidiya Belyaeva (101,000) also finished inside the top five. Nikolay Fal, Dmitry Gromov, Nikita Kuznetsov, and Sergey Pichugin advanced.

Aleksandr Gofman, Anatolii Zyrin, and Andrey Andreev were the final three casualties of the night. Sonia-Veronika Shashikhina, Giorgiy Skhulukhiya, and Aleksandr Denisov failed to make the cut, too.

Two bargain Bounty Side Events will conclude the festival alongside the WPT Closer and the final day of the ₽119,000 Main Event. All final results will be published on the following Monday, the WPT.com live reporting team will also provide conclusive updates for the Main Event final table as well.