BLOG: Savage Says the Poker Room Is Not a Locker Room 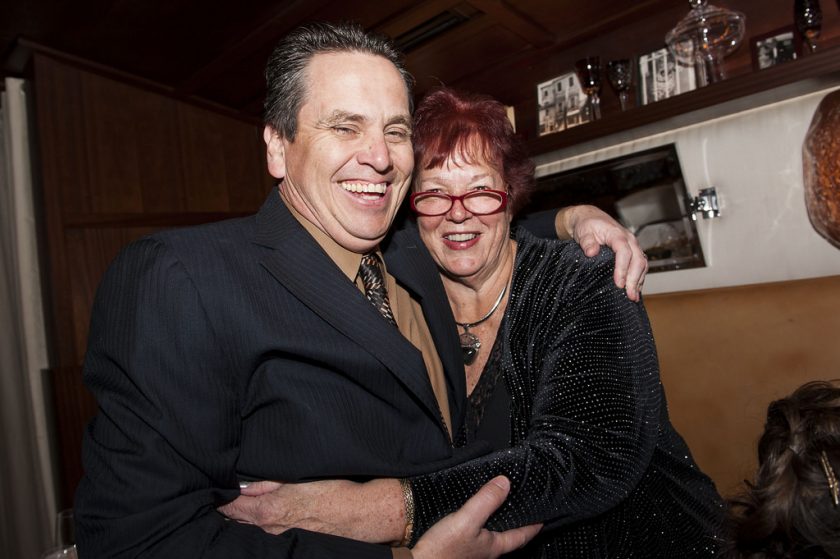 When I was asked by Women in Poker Hall Of Fame (WIPHOF) creator Lupe Soto to speak at the 2018 induction ceremony, I quickly agreed. As the event drew near, I felt an increasing amount of anxiety unlike any I’ve felt before regarding a speaking engagement. I have spoken in front of large groups many times, but this was going to be different. I feared that my speaking to an audience of 120 people that was more than 80% women was going to magnify my inability to do more for women in the game. Don’t get me wrong, I have always been an advocate for women in poker, as I know that getting more ladies into the game will build numbers and provide a big boom for poker, but I could surely do more.

The inductees for 2018 were Lupe Soto and Maria Ho. I’ve known Maria for many years and she is much more than just a great tournament player. Maria is known to excel in cash games, plus she has been a tremendous poker and casino ambassador for many years. When it comes to Lupe, the creator of the WIPHOF, no one has pushed harder or been a bigger activist for women in our game than her. She has worked tirelessly in the 10-plus years I’ve known her, traveling the country pitching casinos with a lot of success but unfortunately not enough.

There has been resistance due to the following factors.

1. Gender is not always a protected class and, in the past, we have had foolish men crashing the party
2. There was always a thought that men and women should be equal at the poker table

Regarding number two, I agree, believe me, I do but we also need to have a realistic viewpoint on the matter. Women’s events make female players feel less intimidated about sitting down at the poker table and that has to be a good thing. Just look at the World Series of Poker as the biggest example of this. Every year, several hundred, if not thousands, of women compete in the WSOP Ladies Championship in Las Vegas. The price point is $1,000 and those same women could win three or four times the money if they played in an open $1,000 no-limit hold’em event at the WSOP.

I should have pushed harder to have more ladies tournaments in the venues that I’ve worked at over the years, and I vow to push harder going forward. One of the things I would like to do at the World Poker Tour is bring back WPT Ladies Night. As WPT CEO Adam Pliska, who was also in attendance at the WIPHOF ceremony, knows, WPT Ladies Night was one of our top-rated shows. I firmly believe that the WPT will begin to make great strides in this area, backed by the support of Angelica Hael, WIPHOF nominee and VP of Global Tour Management for the WPT.

We also cannot forget that poker includes much more than just no-limit hold’em. A bigger percentage of mixed-game events are women when compared to no-limit hold’em events, and I believe this is because mixed games are more social. Playing different poker variants opens up a lot of opportunities to players wanting to expand their games, without the same barrier women feel in no-limit hold’em events. Some of the greatest women in the game, such as Linda Johnson, Jan Fisher, Maria Ho, Shirley Rosario, and Jen Harman just to name a few, are great mixed-game players. Mixed games would provide a great way to grow the number of women playing poker.

Throughout my time of 25-plus years in the poker industry, growing the game has always been a goal of mine, both domestically and at the international level. With my role as WPT Executive Tour Director, I’ve had the privilege to travel the world and that has really allowed me to see poker on a global scale so that I can best work to grow the game all around the world.

My focus on trying to grow the game has always been:

1. Keep poker fun
2. Attract recreational players to this beautiful game
3. Increase the number of women playing as high as possible

Regarding number three on that list, I’ve always said that if we could just get the percentage of women playing to 20%, then that would be a massive difference. It might not sound like a lot, but the current number is around 5% when you look at the WPT and WSOP populations. Women still only make up a very small percentage of poker players. We, as a community, need to work to change that.

Two things I don’t want to be lost in the push to get more women into the game is that there are already a lot of amazing female poker players who are some of the best in the world, male or female, and women make great poker players. Women are known to have better intuition than men, they’re better with bankroll management, and are extremely patient.

Back at the L.A. Poker Classic, I was called to a table for a ruling about a male player that pulled an angle. As I always do, I asked the dealer and then players for more information. The dealer explained that the player in Seat 8 claimed to have a full house and a wheel in stud hi-low. If you are familiar with this variant of poker, you know this is impossible. Carol Fuchs, a well-known and respected player, explained that the player mixed his cards with the cards of the player in Seat 7. What originally was thought to be an angle now became a matter of cheating. As Carol was finishing her explanation, the player yelled at her to, “Shut up and stay out of it!” I am usually really calm, but upon hearing him berate Carol, I knew I had to step in immediately. I screamed, “STOP, you cannot talk to her like that!” I then proceeded to call security and he was removed from the tournament and the casino.

At the time, I just thought of it as another day and another decision, but the outpouring of thank you messages I received from Carol and the other women in the tournament, along with far too many stories of how other women have felt bullied and unprotected in the poker room, was really eye-opening to me. This type of behavior needs to stop immediately.

I played a WSOP event a couple weeks ago and Carol was at my table. I only lasted six hours, but in the short time I was there Carol had to speak up about a well-known player leering at a masseuse. I was also informed other players made inappropriate jokes that made Carol very uncomfortable. I cannot stress this enough, this type of behavior has to stop!

The poker room is NOT a locker room!

I thought about what I should have done. I could have done more, and I should have stepped up at the time. We need players, floor men, tournament directors, and card room managers to not only encourage women to play in their casinos and poker rooms but to be strong and monitor the behavior of people in the games where abuse can and does take place.

Men, imagine your mother or your daughter is the dealer or another player at the table. Would you allow people to be inappropriate in front of them or would you speak up? I must admit, despite the efforts I have made, I need to be much better as an industry leader.

Until we can make the poker environment more player friendly, and women made to feel comfortable and unintimidated, we are doing an extreme disservice to women and our game.

For more blogs from Matt Savage, be sure to stay tuned to WPT.com. Don’t forget to follow Savage on Twitter.