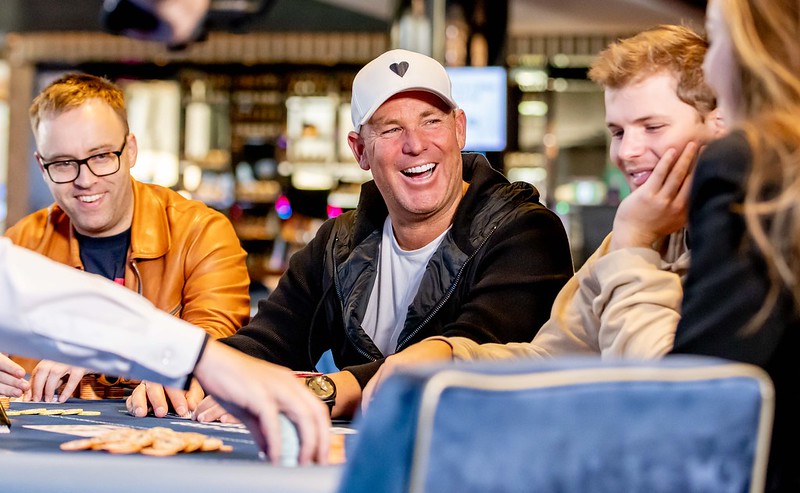 The $1,500 WPTDeepStacks Gold Coast is only days away and one of Australia’s best-known athletes will be turning from the cricket oval to the poker felt. Legendary cricketer Shane Warne (pictured) will be jumping in the action, with the series running May 27-31 at Star Gold Coast.

Warne’s legendary career includes numerous awards and captaining the Australian national team. He’s considered one of the best bowlers to ever play the game. After retirement in 2007, Warne became a popular television commentator. Retirement also left the 51-year-old even more time to enjoy another game he enjoys, poker.

With $151,000 in live tournament winnings, Warne is no slouch and remains highly competitive. In 2019, Warne scored his first tour cash at WPT Australia, also at The Star Gold Coast, finishing 12th for $15,428. Warne and his son Jackson will now both be playing in WPTDS Gold Coast and poker seems to run in the family.

“A lot of people love to play poker here in Australia,” he says. “I grew up with my mum and dad having card night on a Friday night, playing a range of card games.”

Poker was a big part of that and his love of cards continued into his cricket career. Betting and bluffing became a regular habit for Warne and his teammates.

“In cricket we have long bus trips,” he says. “Because we’re a global sport, we play all over the world and there’s so much travel. We’re lucky enough to have nice buses with tables, and as soon as we hop on the bus, bang – the cards and chips would come out.

Warne did well in those games and was signed by 888poker after retirement to travel the world playing cards and representing the brand. He taught Jackson how to play as well during home games.

The two continue working and studying the game and Jackson won third in a tournament in Australia earlier this year. Now with COVID in the rearview mirror, many Australians are pleased to see the live poker scene return. 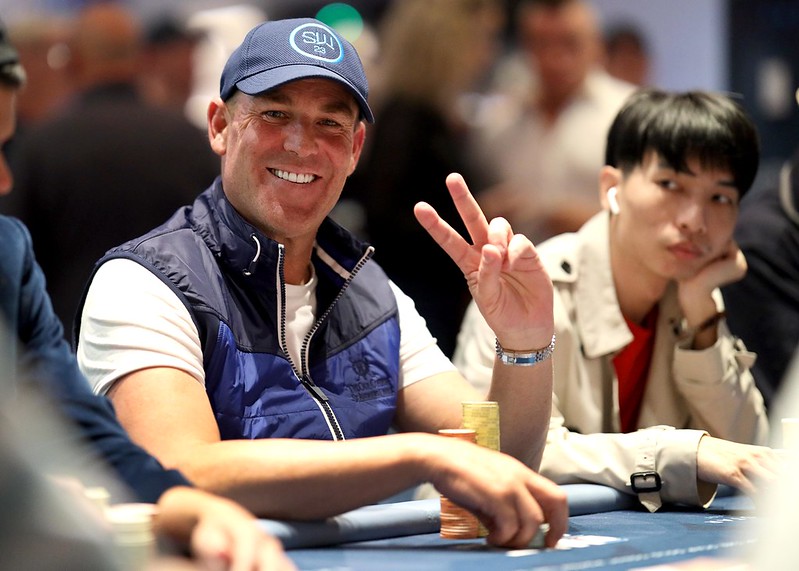 “We’re very lucky in Australia and the world’s sort of envious of Australia at the moment because we’ve been pretty good for the last three or four months,” he says. “We’ve been able to travel around with no masks and everything is pretty much back to normal in Australia. We’re very lucky that we haven’t had it too badly here.”

Through the years, Warne has gotten to know some big names in the poker world including Phil Ivey, Phil Hellmuth, and Antonio Esfandiari. He played in the World Series of Poker Ante Up for Africa charity event in the 2000s with Hellmuth announcing some of the celebrities involved. Cricket isn’t popular in the U.S., but Hellmuth made sure to mention how big a sports personality Warne was everywhere else in the world.

“I’m saving one person until the end,” Warne remembers Hellmuth saying. “His name’s Shane Warne and you guys may not know who this guy is, but he’s got more fans than all of you put together.”

Warne adds: “He came over and embarrassed me in front of everyone. It was quite a funny moment.”

With several final table appearances and a WSOP Main Event cash, Warne is hoping for even more at the Star Gold Coast. Another big run would be nice when the WPTDS lands on the Gold Coast. He’s looking for one major bullet point to add to his poker resumé. A clutch performer throughout his career, don’t bet against this Cricket Hall of Famer

“I’ve made a few final tables, I’ve cashed at the World Series Main Event, I’ve come runner-up a few times in a couple high rollers, but I’ve yet to win the big one,” he says. “I’m hoping 2021 is the start of winning a big one.”