Start Your Engine: ClubWPT’s Don Stocz Reflects on Life by the Track 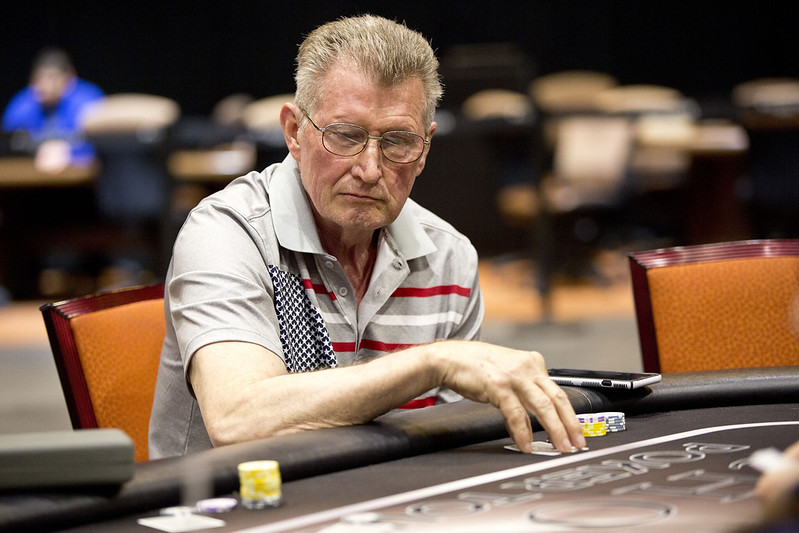 It’s just a typical day for Don Stocz (pictured) – the rumble of engines and the smell of burnt rubber. Thousands of fans are cheering on their favorite drivers. But Stocz isn’t there as a fan necessarily. He played a key role in the race – especially considering the “Gentlemen, start your engines” beginning.

His team at Delphi Technologies built the ignition sets for many of the race cars. What was it like being trackside?

“You just wouldn’t believe it,” says the 71-year-old from Cortland, Ohio. “I went down to the corner one time where those guys would come by, and it was unbelievable.”

The speed and power of the cars were mesmerizing. Being in the pits with four-time series champion Jeff Gordon was all part of his job.

“He was a short little guy,” Stocz laughs, “but had a beautiful wife.”

Now retired, Stocz spends much of his time playing poker on ClubWPT and recently won a seat here at the WPT Choctaw.

ClubWPT is the WPT’s sweepstakes poker site, where players can pay a $27.95 monthly subscription with a chance to win a share of $100,000 in cash and prizes each month. The site offers plenty of action and even chances to win spots in major WPT tournaments.

“It’s fantastic,” he says. “You’re not going to lose any money – and look where I am now.”

About a month and a half ago, Stocz played in a qualifier with 2,000 players and came out on top. Things just seemed to be going his way in the event.

“I had pocket Kings four times and won all four times,” he says. “I hit an Ace-high flush at the end to take out my opponent.”

“He was yelling, ‘Come look, come look,’” says his wife Cathy, who has joined him on the trip this week.

About 10 years ago, Stocz began playing the game with his son Eric, who played three seasons (1996-98) in the NFL as a tight end for the Detroit Lions. He still lives there and works as a personal trainer and keeps in touch with former teammates.

“He hangs out with Barry Sanders all the time,” Stocz notes. 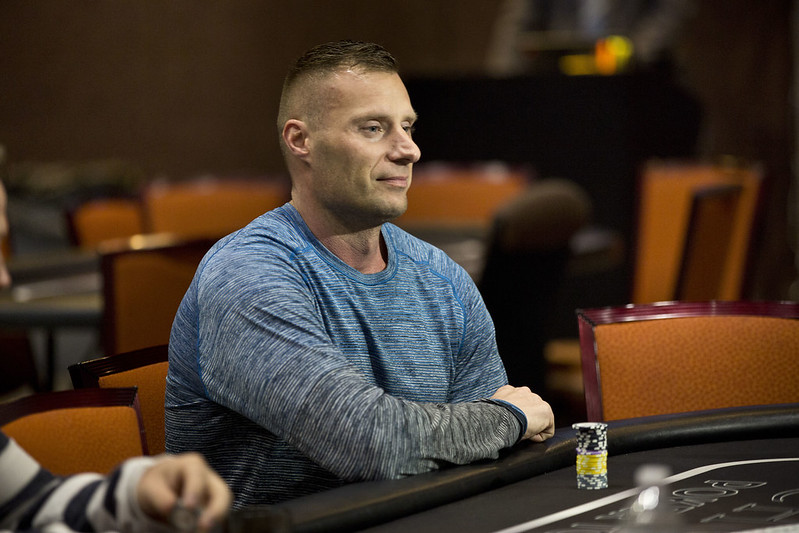 Eric (pictured) has $258,000 in live tournament winnings. His biggest score came in 2010 when he won the $1,650 Heartland Poker Tour Main Event in Mount Pleasant, Michigan.

The Stoczes are now making it a family affair here in Day 1b in Oklahoma with Eric also be playing. So far, they’re having a nice time and enjoying the property.

In past years, Stocz played in the Seniors and Super Seniors events at the World Series of Poker several times and has cashed twice. Beyond the poker table, he’s a Vietnam veteran and served in the country all of 1968 through the Tet Offensive.

With Day 1b now underway, Stocz is hoping for the biggest run of his poker career and also has a longshot goal: “My poker dream is to have my son and I at the final table.”