Step Back in Time: Dietrich Fast Hero Calls for $1 Million at LAPC

Four years ago, Dietrich Fast became the latest winner of the WPT L.A. Poker Classic, or, as it’s known to those who play it regularly, the ‘LAPC.’ Fast, however, had not played it regularly in 2016, in fact, it was the first time he ever sat down in the tournament. Just under a week later, he had won it for his first seven-figure score of a shade over a million dollars.

On his way to victory, Fast faced a pivotal hand at the final table as he held

. Pre-flop, it was Fast who had the chips on his opponent, holding around 3.5 million, a million more than his opponent.

“The big blind was 100,000 and pre-flop he’s checking. I have more knowledge nowadays about that than I used to. Back then I thought he has lots of crap hands, but some of them get raised as well and he could definitely have a four in his range. As soon as he didn’t raise the flop, that was my thinking.”

presented a problem, one that Fast believes he might have dealt with differently if the hand happened today.

“Nowadays, playing 20-25 big blinds, you could easily argue for slow playing a four here and just call. But back then I thought, okay, this guy’s not raising a four. I discounted fours almost completely.”

landed. It’s not a card that Fast wanted to see.

“Nowadays, I check this. My jacks don’t need as much protection, because he doesn’t have king-queen, he doesn’t have ace-king or ace-queen. That’s why we bet on the turn usually – to protect us against high cards. But his range is way more around the eight, the seven or the five. I only have four outs against seven-five.”

Again, Fast looks back four years and views his own play critically.

“Now, I would check the turn. But I bet 225,000 into 470,000 and I dislike that size as well. I don’t know what exact thought went through my head. The ace on the river is a blank. He doesn’t have anything like an ace-five, so it was quite a blank. I was discounting the fours. I went for a little bet against an eight and had it already in my head that he’s capable of pulling the trigger when he has some sort of eight-seven or eight-five, six-five, six-seven. All these hands he could turn into a bluff. Lots of players are not able to bluff there in that spot with the blockers, but he was able to.”

The reason that Fast knew Soverel was capable of this was down to some one-on-one coaching with another great player – Doug Polk.

“I was working with Doug Polk and talked about it. He said, ‘This guy is fearless and he’s always going after every pot.’ I played with [Sam] already the day before and called him down with two pair, and he’d bluffed.”

Fast went for it, teasing his opponent in on fifth street.

“I went for a lower size on the river, half-pot, to allow him to give himself enough fold equity. My hand clearly is as weak as my bet size. I counted out my chips and my game plan was to bet-call. On such a big final table for so much money, however, you always double-check. It took me like 25 seconds to call his shove, you know? But sometimes when the stage is big, you just want to make sure that the strategy you chose is the right one.” 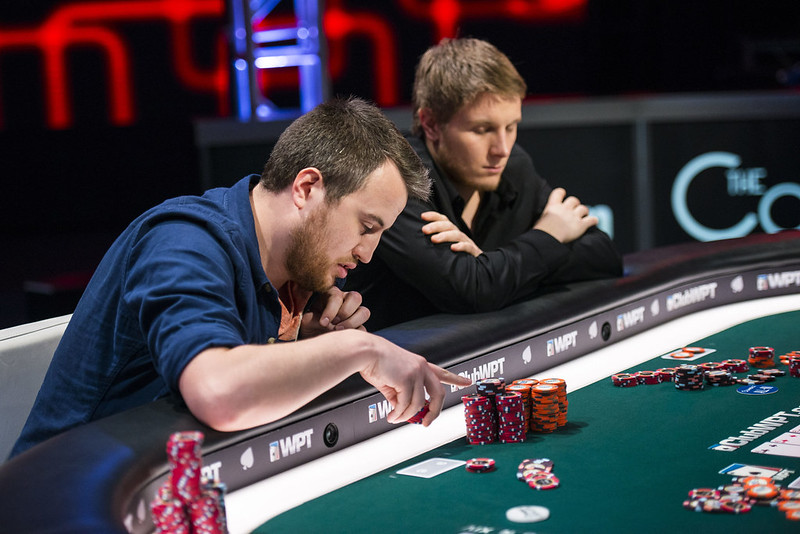 It was, and a crucial hand went Fast’s way shortly before he took the title. What separates him from those players who would be unable to click the ‘call’ button in that pivotal moment?

“Do we want to let our emotions dictate our decisions or our brain and our plan we learned over the years? That’s the difference between a good amateur player and a professional. There are professionals as well, who know they should bluff here, but they’re not able to and that’s part of our job, to detect these players.”

Mastering his emotions had given Dietrich Fast the LAPC title, a moment he would never forget. All the emotion could then come pouring out, having stayed in all tournament.

“Emotion is a big part of poker, which is why 95% of the players are not crushing in most fields because they want to bluff the best player or make the money or survive Day 1 in the Main Event and so on. They have goals and that makes them losing players.” 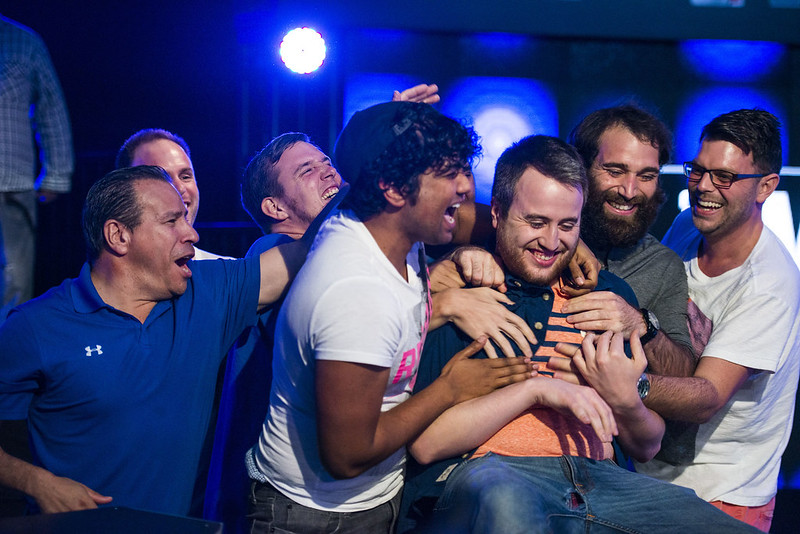 Winning such a prestigious event meant more to Fast that any other. Just speaking with him tells you how much it still means to this day.

“If you go upstairs to the main room, you see all the pictures of players who won before, you know, and that’s when you get a feeling that this is something different. It’s a million up top, so that’s already huge numbers and most of the pros are attending. There’s live coverage from day one. There are cameras everywhere and all the big names you dreamed of playing with are in the same room competing for the same trophy.”

It was Fast’s first experience of the event and took him all the way back to the days when he first started playing the game.

“When I started playing live poker, I realized that I had some kind of talent. I won a tournament in my hometown, then my first time in Vegas, I was there for four weeks and left with profit. Everywhere I went, I ran up some stacks and I wasn’t even very good back then, between 2009 to 2014. Then I started working with Doug Polk.”

It’s fair to say that meeting Doug Polk changed Fast’s poker career. The development was instant, and the rise of Fast was rapid.

“We had a lot of coaching and that gave me confidence and in to like. After Las Vegas in 2015, something changed. There was a moment where I realized I face these moments so often; I saw how I could exploit players and everything went my way.”

Fast played a $25,000 buy-in event, did well and travelled to Prague to do the same thing. Soon, he was on a plane to Melbourne, stopping in his home city of Vienna only to repack. From Melbourne, he went to Dublin then flew directly to Los Angeles to play the WPT L.A. Poker Classic… and won the tournament.

“Back then, it was a matter of time that I would win something big. I’d think, ‘If it’s not this time, it’s the next one.’ I played everything. I went from one tournament to the next one without going home.”

While he got the trophy, flying it home to Vienna was actually an expensive operation that didn’t happen at the time. Fast chose to leave the famous trophy with a famous friend.

“Justin Hammer, the director at Los Angeles, actually went to Las Vegas in the summer of 2016 to bring me the trophy. I was staying at the house of Jason Mo. I stayed with him at his house every summer since 2016.” 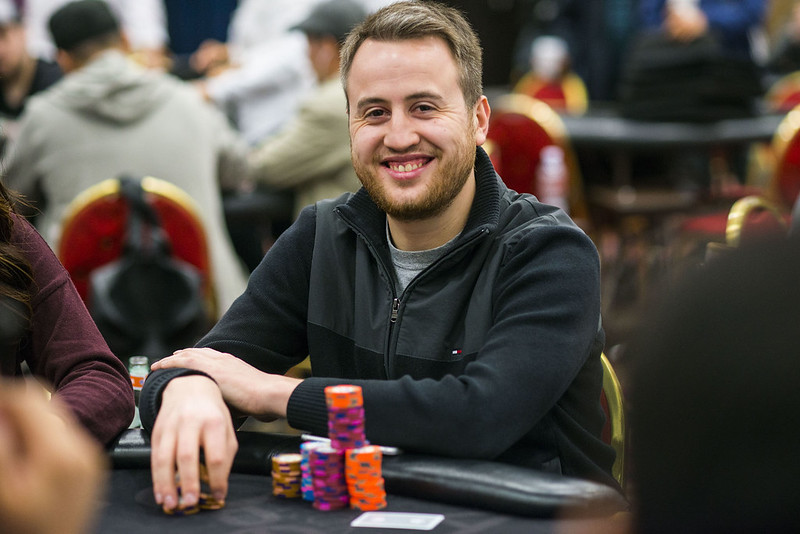 Fast couldn’t get the trophy home as the cost was so high, so decided to leave it at Mo’s house and visit in each subsequent summer as a nice reminder of his L.A. Poker Classic Main Event victory. What he did bring home, however, was the smaller version of the trophy that he won in the Main Event from winning a $25,000-entry event at the LAPC festival in 2017.

“I have its little brother! I just look at it in my office. That’s perfect.”

Four years on from the World Poker Tour victory that signaled Dietrich Fast’s arrival as a poker superpower, he still visits the trophy every summer in Las Vegas just to take a Step Back in Time and remember his first-ever million-dollar win in the live arena. Fast has lived in the fast lane of poker ever since.