By Sean Chaffin The couple that plays together, stays together. At least that’s the case for Scott and Lisa Roberts. This poker-playing pair have been married 37 years and is affectionately known as Team Roberts. The recreational players from Atlanta, Georgia, have been on a tear at the poker tables in recent months – and… 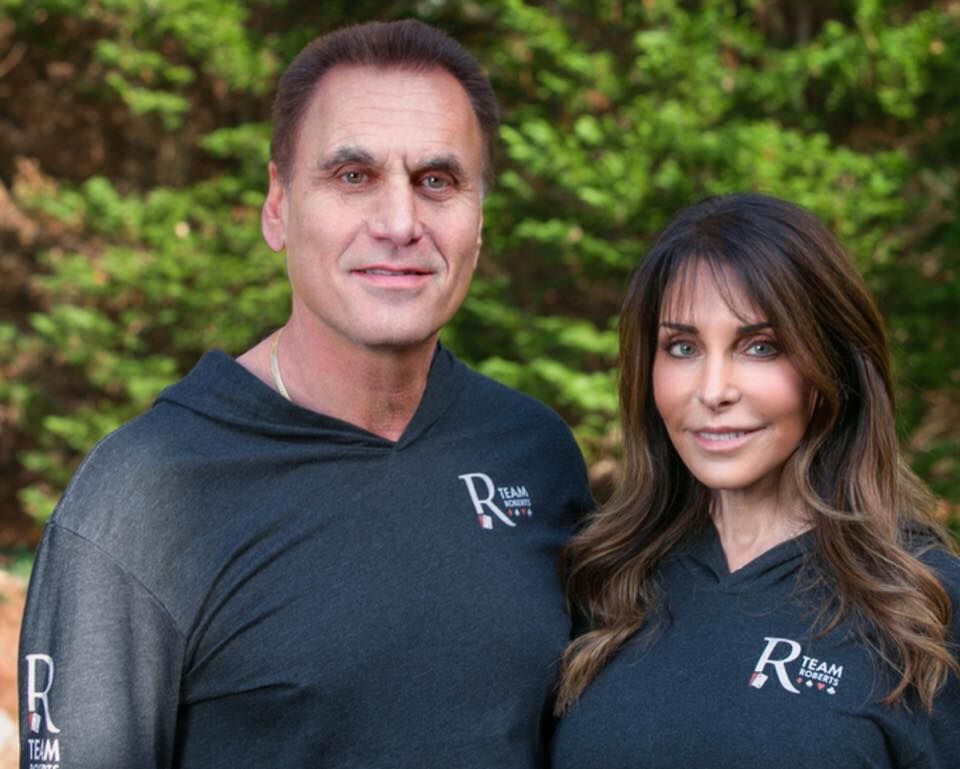 The couple that plays together, stays together. At least that’s the case for Scott and Lisa Roberts. This poker-playing pair have been married 37 years and is affectionately known as Team Roberts. The recreational players from Atlanta, Georgia, have been on a tear at the poker tables in recent months – and credit much of their success to strategies and techniques they’ve learned attending several LearnWPT events.

For Scott and Lisa, working with LearnWPT has definitely transferred to the tables. They now hope to keep that mojo going.

“It was very frustrating coming in second,” she says laughing. “But I was very happy.”

At the turbo final table, Lisa was also joined by Scott and he took runner-up for $8,096.  He followed up the runner-up finish with yet another second-place finish in a $250 DeepStack event for $4,486.

In total, Scott finished with four cashes for $20,182 and was named the player of the series. His background as a LearnWPT student certainly helped, he says, and everything seemed to come together.

“It was one of those times where I was using moves to make moves and running well too,” he says. “When those two go together you can be unstoppable. It was just a really good trip.”

The couple, who have two grown children and a grandchild on the way, have family in the area and spent some time with them during the trip. Scott didn’t even realize he was in contention to be casino champion.

“We didn’t play a lot of the events just because we were seeing family,” he says. “We skipped several events, but if I had known I was in contention I definitely would have played a few more.”

Lisa wasn’t into the game like her husband however, and it took her a while to appreciate poker.

“I’d sit behind him when I was done playing Blackjack after losing money,” she says. “The TV was always on the poker channel [the WPT included], and I wasn’t really watching him play, but I started knowing all the players because of all the little vignettes they ran about them. Scott would come over while he was playing online and say, ‘Look I have such and such hand. What do you think the nuts would be right now?’”

Lisa would answer and often would be correct. She didn’t have much interest in the game but seemed to be picking it up. To her, the game just looked boring with the people looking “all serious and unfriendly.”

One night at a casino, Lisa planned to play Blackjack but her husband convinced her to take a seat at the tables. That first night she played Limit Hold’em holding a card with the ranking of hands.

“I won four hands in a row at one point,” she says. “I couldn’t even stack them fast enough because I didn’t know how to handle chips. I was so excited.”

She left the tables with some winnings, and some confidence. Her poker life took off from there – and that hand ranking card hasn’t been needed since.

Hitting the Books and Crushing the Tables

The Roberts figured out early that working on their game with some outside help would be a good idea. Team Roberts has attended several LearnWPT events, spending many hours with instructors Nick Binger and Andrew Lichtenberger. 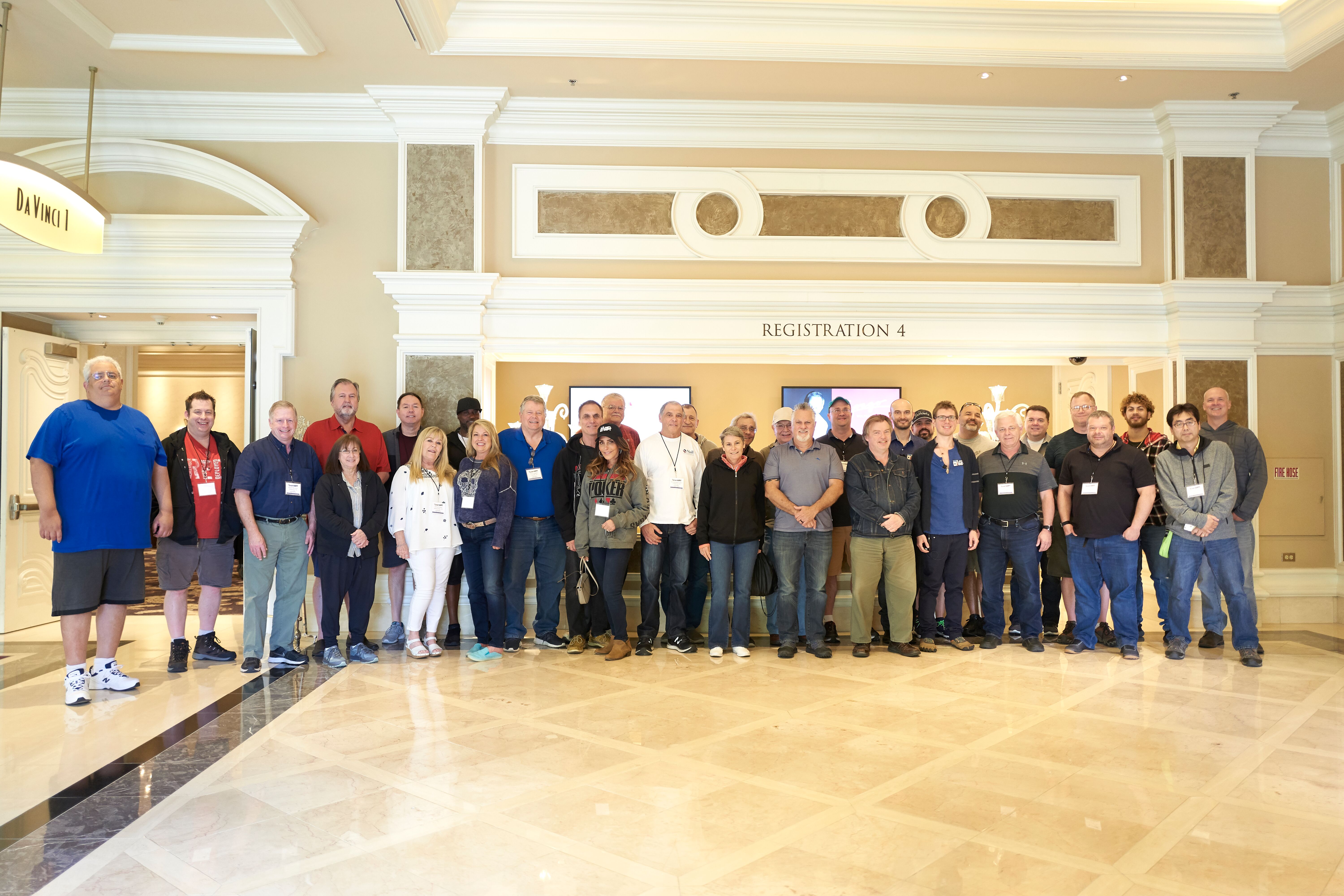 “I took a couple classes and realized how much I didn’t know,” Scott says. “Then we took one together with Nick and it just kind of opened our eyes up. It was just incredible how different the pros play from how we were playing.”

“After the first day, I was thinking, ‘This guy’s nuts. This is not going to work. Why did we take this class?’”

However, they stuck it out for the second day of training. The concepts Binger was presenting began making more sense. They headed to the Venetian that night and used some strategies they’d been taught at the tables. One thing Binger told the couple to practice in a tournament or two was raising on the button every time action folded to them, no matter what cards they had. If one of the blinds three-bet, he told them to four-bet. This overly aggressive strategy would take them out of their comfort zone of passive play.

“I told him I was going to need a few drinks before I played the tournament,” he says.

The coaching worked and Lisa made the final table that night and they won $10,000 playing tournaments that week.

“I was very unaggressive,” Lisa says of her play before attending LearnWPT events. “I didn’t know what to do with anything. I’d limp, call, and maybe I’d raise. For me, I learned when to be aggressive and when to feel okay with being aggressive in the right situation regardless of your cards sometimes. I didn’t have any of that in my arsenal – I had no arsenal.”

For Scott, opening hand ranges was an idea he had never much considered. He may have put a player on a certain hand but had trouble adjusting his game to those kinds of scenarios.

The new concepts made his game more complex. Team Roberts also learned more about playing in position to maximize profits. They’ve gone on to take more advanced classes with each session building on others. The lab days are a particular favorite of theirs, where a group plays at a table and break down hands played with instructors.

“It ties everything together from what you learned the two days before in the class,” Scott says.

Would they recommend LearnWPT to other players?

“If they’re people we play against, definitely not,” Scott says laughing. 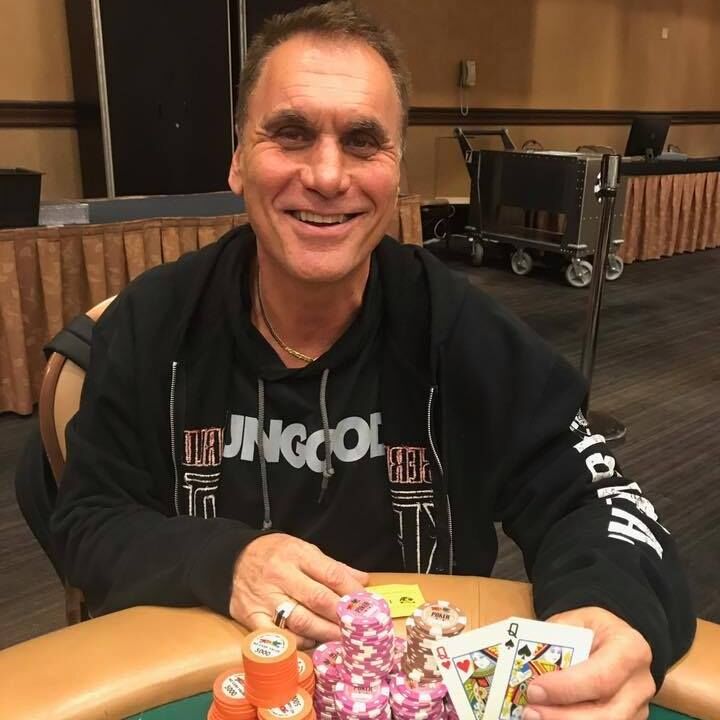 Lisa adds: “I think it is the best poker money that we’ve ever spent. I know we were hesitant the first time, but it made major changes for us as far as winning. It’s an incredible class. You don’t really know what you don’t know until you take it.”

As recreational players, they try to find events that fit in Scott’s schedule running his real estate business. He plans to retire within the next five years and then the Roberts will play even more including some WPT tournaments. In the meantime, they plan on keeping their recent success going, and continue working on their game with LearnWPT sessions.

Sean Chaffin is a freelance writer in Crandall, Texas, and his work appears in numerous websites and publications. He also writes feature stories and tournament coverage for WPT.com. Follow him on Twitter @PokerTraditions. For story assignments, email [email protected]

This December, join LearnWPT™ [email protected] for a two-day Tournament Strategy Workshop that provides a clear game plan to tournament success and the ultimate VIP Final Table Experience. The workshop will take place Dec. 10-11, and players will learn a comprehensive approach used by pros to win tournaments, make deep runs, and maximize their tournament…

By Sean Chaffin Eric Persian (pictured) knows his way around a courtroom. The 59-year-old attorney knows a lot about motions, briefs, and contracts, but he also has plenty of skills at the poker table. And when it comes to poker, the cards and bets make the final decision, not a judge or jury. As players battle…