The Season XIX World Poker Tour Five Diamond World Poker Classic comes as the tour celebrates its 20th anniversary in 2022. The tournament was the first event in Season I when the television show debuted on the Travel Channel in 2003. Longtime professional gambler Steve Zolotow, 76, has been along for the ride for most of those events at Bellagio and entered the field again on Thursday.

Zolotow’s poker career dates back to the 80s, before the poker boom and before tournaments were even considered an interesting concept. But Henry Orenstein’s invention of the hole card camera allowed viewers to see the players’ hands, changing the game and made poker tournaments riveting TV for many Americans. Orenstein passed away this week, but his contribution to poker remains and changed the game for players like Zolotow who scratched out a living at the poker table. He believes the WPT not only helped revive poker but also saved the game of Texas Hold’em.

“No Limit Hold’em was a dead game,” he says of those early days of the WPT and televised poker. “It was dying out at the World Series and the combination of hole card cameras and Moneymaker resurrected it, brought it back from the dead.”

Life at the Poker Table

Originally from New York, Zolotow now lives in Las Vegas and has $2 million in live tournament winnings including almost $500,000 on the WPT. He began playing at The Mirage and later moved to Bellagio as more action began heating up at the property. However, before televised poker added more cachet to the game, there just wasn’t as much interest in the tournament version of the game, Zolotow says.

“The tournaments were boring, nobody cared,” he says. “See that guy over there, that funny-looking guy Phil Hellmuth? He was the only guy who thought winning the gold bracelet meant anything. Most of the other good players in the early days of the World Series, if there was a $500 buy-in and a good $400/$800 game or a good $25,000 buy-in PLO game, you’d blow off your chips as fast you could to get a seat before they filled up with a live one in the side game.

“I still think all the big money winners come out of the cash games aside from a few people, and you don’t know how much of their own action they really have.”

Zolotow retired when he turned 70, but found he had nothing to do during the pandemic. He began studying tournament poker again and jumped back into the action this summer, scoring some nice finishes in several high roller events at Aria.

“I guess I’m back playing tournaments again,” he says.

Despite his success at the felt, Zolotow’s gambling exploits go well beyond just playing poker. He describes himself as a “degenerate and gambler” from his earliest days.

For a while however, a normal career track seemed like his path in life. He worked for a publishing company and went to night school to earn bachelor’s and master’s degrees in business.

“Then I won a backgammon tournament and went back to full-time gambling,” he says.

Gambling may not be the exact fit for how Zolotow likes to hit the casinos. He prefers to have an edge of some sort. That included using technology to find a successful strategy to pick winning teams at the sportsbooks.

“We had the first or second good computer model for betting pro sports,” he says. “We got arrested and accused of being bookmakers, which we weren’t. We were bettors.”

Counting Cards and Getting Barred

Counting cards at the blackjack table became another form of “gambling” for Zolotow. Those who can master the count can tip the edge in their favor.

“I played blackjack until I got barred everywhere and then I’d always play a little bit of poker, but it wasn’t a primary focus,” he says.

Counting cards is a legal strategy, but casinos can decide not to take a player’s action and send the suspected counter packing at any time. Zolotow describes two methods casinos used to get rid of card counters and he’s experienced both first hand.

“There are two different ways they can bar you,” he says. “One is the polite way, which they call ‘backing off,’ where someone comes over and says, ‘Mr. Z, we love having you in the casino, but you’re too good for us at blackjack. You’re welcome to roulette or craps, but no more blackjack.

“Then there’s the nasty way, where two big security guards come over and say, ‘Cash in your chips and if you ever come back on these premises you’re going to be arrested.’”

Zolotow says at one point Caesars Palace accused his counting team of bending cards, but he argues that wasn’t the case. He says WPT co-founder Lyle Berman intervened after selling his casinos to Caesars.

“He wrote a letter saying I was just a counter and that it was okay to let me on to the premises,” he says, “or I could never have played another World Series event because they had picked up the World Series by then.”

Back to the Tables and Getting Hitched 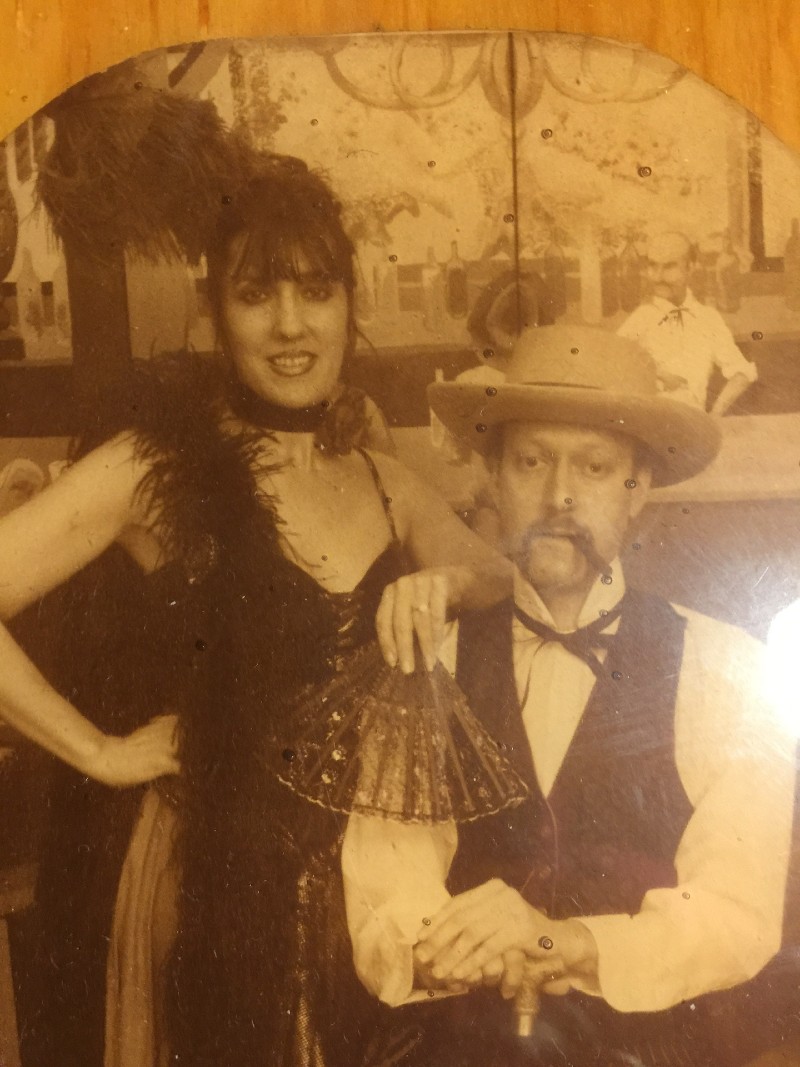 When online poker boomed in the 2000s, Zolotow was also involved in that part of the gambling industry as well – at Full Tilt Poker. What seemed like a gravy train didn’t quite work out that way.

“I thought that was a guaranteed income for life and I didn’t have to worry,” he says. “I stopped studying or concentrating and I’ve gone back [to poker] now that Full Tilt is gone.”

Recently Zolotow checked off another major accomplishment in life – getting married to his longtime girlfriend Grace. After 45 years together, the two finally decided to tie the knot. But something else beyond simply love also motivated Zolotow to finally end such a long courtship.

“I think we had no real reason to get married,” he says. “But as we’re getting older there are questions of health and financial things. And I don’t get along with my sister so it was much easier to set everything up and be married and have someone I trust to make decisions for me.”

SIDE NOTE – The Write Stuff

With such a long history as a gambler, Zolotow has often been told that he should write a book about his unique career. He’s considered it but has yet to make it happen. However, he comes from a family of writers.

His mother, Charlotte Zolotow, authored numerous children’s books including Mr. Rabbit in the Lovely Present, which was illustrated by famed artist Maurice Sendak.

His father, Maurice Zolotow, wrote for numerous publications and also authored biographies of Marilyn Monroe, John Wayne, and others. Steve Zolotow originally considered trying something in the arts himself.

“I actually decided to be an actor, but I couldn’t support myself,” he says. “So I turned to gambling because acting was too unsteady.”

Sean Chaffin is a freelance writer based in New Mexico and Texas. His work appears in numerous websites and publications. Follow him on Twitter @PokerTraditions.