The Games We Play: Dan Smith and a Rekindled Appreciation for Chess 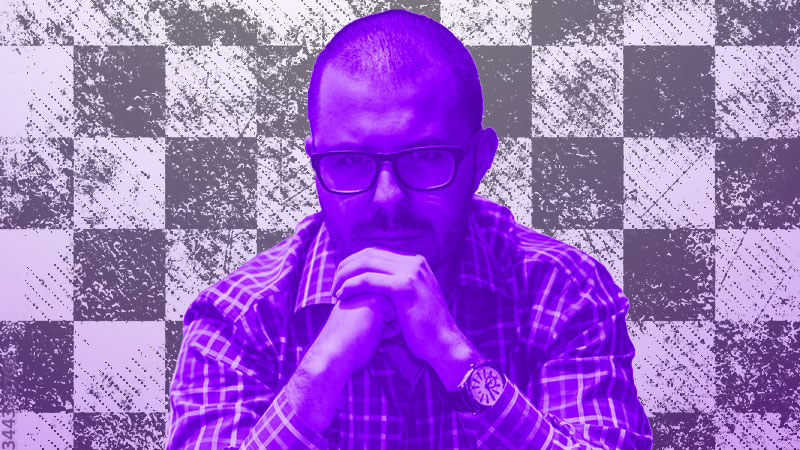 The game of poker has pulled its stars from every corner of the world and every facet of life. A consistent winner could start anywhere, and with enough work and, perhaps, a few key breaks, it’s off and running toward poker stardom.

One common trait among players who rise to the top is a voraciously competitive nature. Fostered in any number of different ways prior to picking up the game of poker, and stoked in later years as a change of pace or release valve long after poker becomes a major part of their lives.

Take Dan Smith, for example. The 33-year-old New Jersey-born pro with nearly $40 million in career live tournament poker earnings as of October 2022, according to Hendon Mob. Smith found his first competitive outlet at a young age in one of the oldest and most popular games in the world, chess. But the start of Smith’s adventure came together in a roundabout way.

“I got a checkers set for Christmas when I was six, and I enjoyed it,” Smith recalled. “And then shortly after that, one day I wanted to play against my sister.”

A similar-looking board and some common letters combined for an error that would actually alter Smith’s trajectory in life.

“It was C-H-E — [had to be a] checkerboard,” Smith said. “This must be it. But given I was six and I couldn’t read yet, I got the chess set [out instead]. Even though she was four and a half years older, I beat her the first day that we played. And then two days later, I beat my dad.”

Smith’s knack for the game was apparent, and within a short period of time, he was poised for an even greater challenge. Fortunately, another opportunity quickly presented itself.

“My parents felt that I was skilled at this thing. Well, it turns out the town I was in had a good chess scene,” Smith said. “Every Saturday, I would go to the Manalapan chess club, and from the age of seven, I started competing in serious tournaments.”

Those early games and study helped put Smith on a path upon which he’d become an accomplished chess player at an early age. But as Smith progressed into high school, another love was bubbling to the surface — poker.

Poker was both a new challenge and quickly became a profitable enterprise, as online cash games brought in a steady stream of money. Even as Smith’s efforts in the chess world paid off in the form of a scholarship to the University of Maryland, the combination of poker success and chess fatigue combined to change his narrative.

“I played chess quite seriously for maybe eight or nine years, and I kind of just hit a plateau,” Smith said. “And I got to a point where I decided it just didn’t feel particularly fun for me anymore.” Smith returned home to New Jersey the summer after his first year at Maryland, and never went back. Chess shifted to the back burner and Smith began to build his reputation in poker. A year later, his first major career tournament cash was a six-figure HPT title at Turning Stone Casino in Verona, New York at the age of 19.

“I played chess quite seriously for maybe eight or nine years, and I kind of just hit a plateau.”

From there, Smith’s trajectory in poker continued to grow. He won the WPT Five Diamond World Poker Classic in 2013, along with two subsequent World Series of Poker bracelets and numerous high roller championships. Online, he’s won the PokerStars Sunday Million and a WPT Online Series title.

With all of that success and attention paid to poker, chess became little more than an afterthought. Outside of the occasional online game of “Blitz” chess — a fast-paced variation with a short shot clock — Smith largely left the game behind until one day it slowly started creeping back into his life.

“There was a day where I had Ike Haxton come by,” Smith recalled. “And we were just hanging out, drinking some beers, and I was just casually playing online. And [Ike] was commenting something like, Hey, you’re reading some strong players.

“[After that night], I started playing the occasional tournament again. And, something I never did when I was younger, I watched the high-level chess games. That was the year [2013]  that Magnus Carlsen won the Candidates tournament. I started watching the streams. I kind of enjoyed it, and I think watching the streams, watching good players play was something from my game that had been missing.” As Smith continues to stoke his interest in chess, he’s also ingratiating himself with some major names in the chess world.

Smith also featured in a video with chess players and major social media influencers Alexandra and Andrea Botez, as they battled in a few rounds of Blitz chess.

Since rekindling his passion, Smith has played a handful of major chess events, including a trip to the Reykjavík Open in 2019. In a field that featured seven Grand Masters (the highest rank achievable, outside World Champion designation) and a litany of other world-class players, Smith finished 14th in a live Blitz chess event. And as he moves forward, the faster-paced, aggressive form of the game appeals to Smith in a lot of the same ways that poker suited him.

“I prefer the quicker time controls than the slow games,” Smith said. “The slow games are really about playing a serious game and winning, just calculating the best move [for long stretches of time], and I won’t say that’s necessarily fun. The quicker games you just don’t have to think so hard — when in doubt, the aggressive move gets you on a pretty good trail.”

While chess has re-entered Smith’s life, and remains an outlet he’s passionate about, the reasons why poker eclipsed chess in Smith’s life are clear.

“I think learning chess from a young age taught my brain how to process patterns. I think the competitiveness of chess was a great carryover to someday playing live poker tournaments. But chess is super draining, and you don’t get [to take] any moves off. In poker, very often, you will be abstaining from the hand, and you kind of have the opportunity to recharge, and while sometimes during your opponent’s time you don’t have to think as actively, most of the time, you are quite engaged.”

Most poker players go their entire career without claiming three separate million-dollar scores, but most poker players aren’t Dan Smith. He won the World Poker Tour Five Diamond World Poker Classic tonight at Bellagio and can now make that claim at the young age of 24. The $1,161,135 he took home for first place –…

As the first full work week of 2014 kicks off and we all struggle to make it to the gym while we starve ourselves at our desks, poker players all over the world will be focusing on their own work and felt-covered desks as the second half of WPT Season XII looks to get started…

News Matt Clark Player of the Year Update: The Race is On

When we last checked in on our Season XII Player of the Year race in early January, we had two competitors tied for the lead in what was shaping up to be a very tight contest. Since then, the field has strung itself out a little, with one player, Jared Jaffee, jumping out to small…