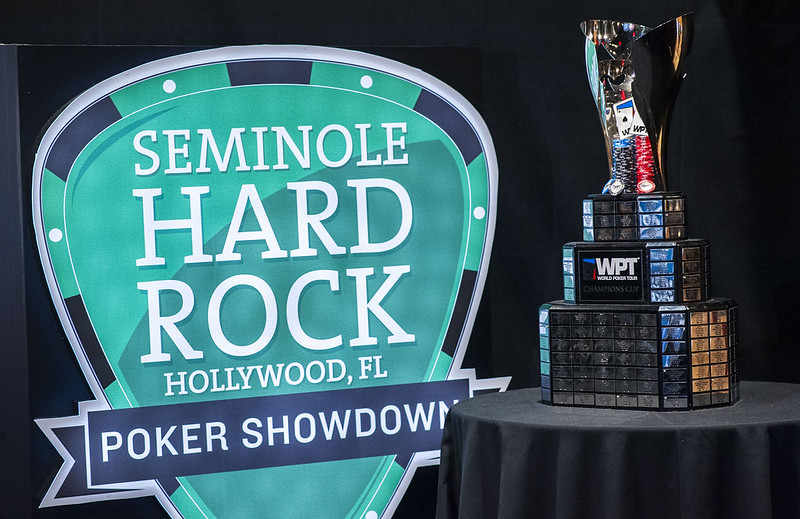 Spring has sprung and South Florida makes for a great warm-weather getaway. WPT players can also throw in some poker with the $3,500 Seminole Hard Rock Poker Showdown on tap for April 23-27 with a $2 million guarantee

The event is the tour’s fourth live poker tournament in the post-COVID environment. If January’s WPT Lucky Hearts Poker Open is any indication, players should expect another big turnout and prize pool. That event featured a $1 million guarantee, but produced 1,573 entries for more than a $5 million prize pool.

“The draw back in January for the Lucky Hearts Poker Open was amazing and drew record-breaking numbers,” Hard Rock tournament manager Jason Heidenthal says. “We absolutely crushed every guarantee that was offered.

“What’s most important is we were able to offer clean and safe tournament poker to our players under our Safe+Sound protocols. I expect the same kind of turnout this time around for the 10th anniversary Poker Showdown, and this could be the largest WPT Main Event in history.” 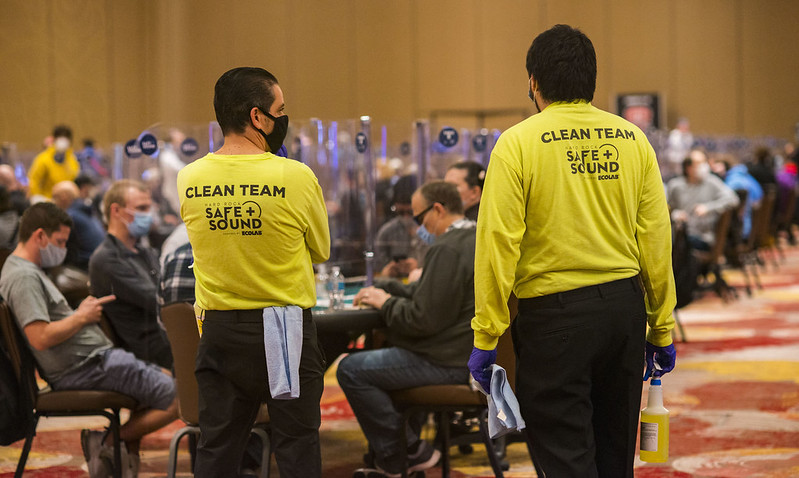 Many players will welcome the continuing return of live poker, but also now have an opportunity to jump in a special event. Heidenthal says seeing so many players back in action at the property in January was a special moment.

“After such a challenging 2020, having the players back in a safe environment and back to playing live poker was something truly wonderful,” Heidenthal says. “After such a long time away from the felt it was great to see all the friendly faces and people enjoying themselves playing for over $800,000 and the chance to be a WPT champion.” 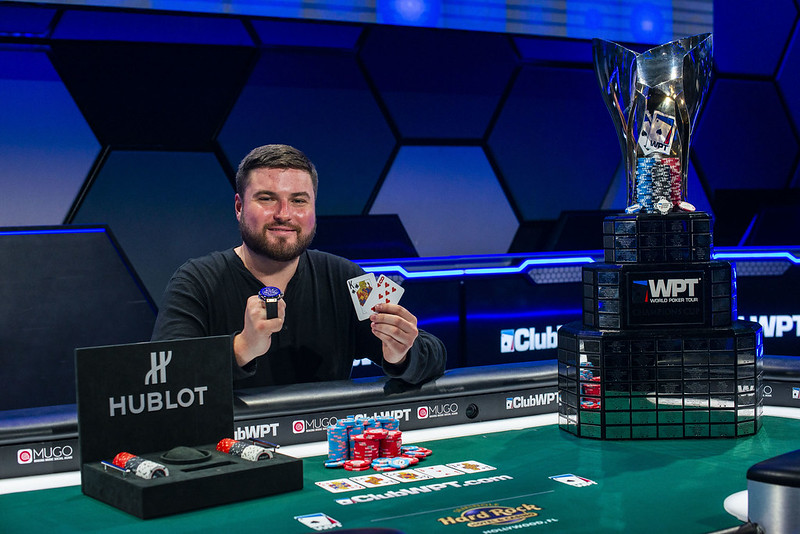 The last Showdown was held in May 2019 with two-time WPT champion James Carroll (pictured) coming out on top for $715,175. Not only does this season’s event mark the continuing return of live poker, the tournament also celebrates a 10-year partnership between the WPT and the Seminole Hard Rock. The property has become one of the most popular stops on the tour.

“The buzz around the upcoming Poker Showdown series is tremendous,” Heidenthal says. “It feels like the whole poker world is talking about this series and making travel arrangements to come to Hollywood, Florida. It’s a great feeling knowing that Seminole Hard Rock Hollywood is such a desired destination for tournament poker.”

Players will find plenty of action beyond the WPT championship event. The series runs April 15-28 with 29 Trophy events as well as a packed satellite schedule. Here’s a look at some of the highlights from the series:

$600 Deep Stack No Limit’ Hold’em (April 15) – This event kicks off the series with six starting flights and a $500,000 guarantee. Only one re-entry is allowed per flight.

$2,200 Deep Stack No Limit Hold’em Re-Entry (April 22) – This event should produce a nice field right before the WPT championship gets underway and features $200,000 guaranteed.

Players will find satellite events for the championship event throughout the series beginning on April 17. There are numerous qualifiers for other events as well starting on April 15.

Live poker has returned and WPT players have plenty to look forward to at the Hard Rock Seminole – the poker, the pool, the rock ‘n’ roll, and plenty of fun.