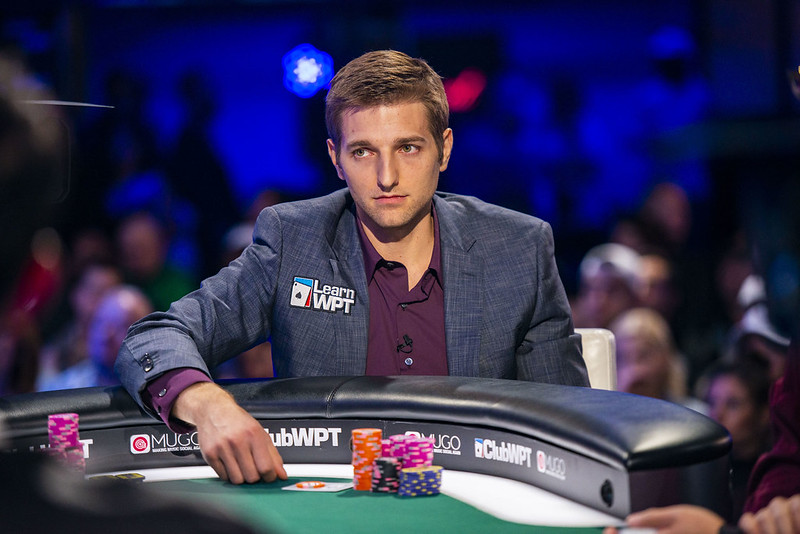 With a big summer of poker throughout Las Vegas, Tony Dunst will be one of those rounders hoping for a few big scores. With an appearance at HyperX Esports Arena in the Baccarat Crystal WPT Tournament of Champions, things are already starting off on a nice note.

“It’s an awesome start to the summer,” he says. “This is easily the biggest buy-in tournament that I’ll play for the summer. So it seems very likely that it’s going to be a profitable summer and we’re only on event one.”

The winner will be taking home quite a haul: first-place money of $440,395, which includes an added $50,000 in prize money; a $15,000 entry into the same event next year; a special edition Hublot watch; a handcrafted Baccarat Crystal Tornado Vase; a Baccarat Crystal Champagne Flute set; and a custom-made BBO Poker Table.

A regular on the high-stakes tournament scene for years, the 34-year-old Dunst has more than $2.9 million in tournament winnings.

While he lives in Las Vegas, much of his life the last few years have been spent living out of a suitcase playing poker and working as part of the WPT as a commentator along with Vince Van Patten.

Dunst took over those duties from Mike Sexton in Season XVI, and being part of the WPT has allowed him to play poker and play a major role in broadcasting the game he’s so passionate about.

“I love to mix playing and talking about poker,” he says. “It keeps you refreshed on either side of where you’re spending your time.”

A native of Madison, Wisconsin, Dust has a background in theater and begin playing poker professionally after college. That background has helped with his life in front of the camera. He hosted the “Raw Deal” segment for seven years before jumping in the booth with Van Patten.

“While I have substituted for Mike and Vince several times over the years, getting the call to take a position in the WPT commentary booth full time is an incredible opportunity,” Dunst said at the time. “Mike Sexton set the standard for what it means to be an ambassador, and the positive impact he had on my career and the broader poker community cannot be overstated.”

Hyped for the HyperX

There’s a lot on the line and Dunst was feeling good about playing in HyperX Esports Arena.

“It feels super cool,” he said at the completion of Day 2. “I’ve just run really well this whole tournament and it was very tense today. At this point, I’m just grateful.”

Even before becoming part of the WPT broadcast team, Dunst was a regular on the tour. This becomes his 19th WPT cash and seventh final table appearance. Before today’s action, that included $1.1 million in winnings.

Just days ago, this broadcaster and poker shark posted his feelings about this event on Twitter.

“Excited to start a big summer of poker with the WPT Tournament of Champions at Aria today!” he wrote. “Now please don’t let my next Tweet about it be a bustout.”

He certainly avoided that.