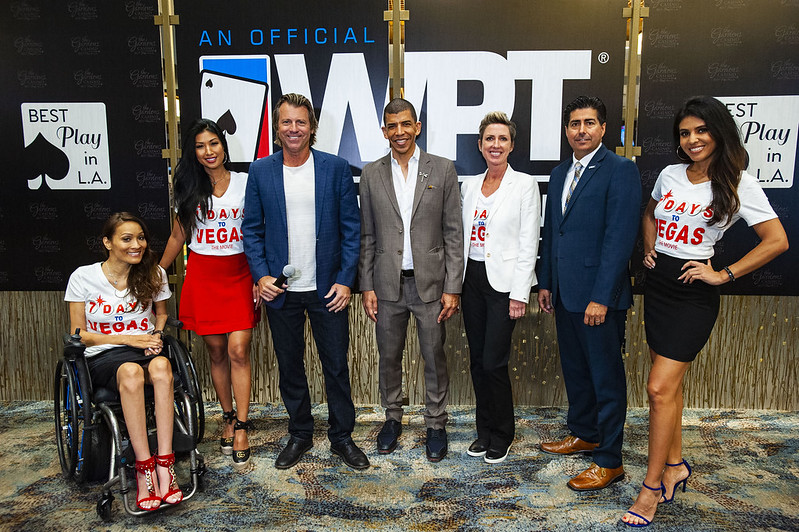 The film is a fictional take on Van Patten’s own life. For years, he ran some major home poker games in Hollywood with some big-name stars getting in on the action. That included a host of interesting characters and some crazy wagering along the way.

Of course, the biggest wager had Van Patten put some big bucks on the line with a seemingly impossible task ahead of him – walking from L.A. to Las Vegas as the name of the movie implies. With all his poker friends betting against him, Van Patten pounded the pavement to try and make the wager a winner. How did it turn out? You’ll have to wait for the movie to find out.

7 Days to Vegas captures a bit of that action and Van Patten tried to bring a slice of the gambling life to the screen that many films don’t – a positive, fun, and humorous side. It’s set to debut on September 20 in major cities across the country including L.A., New York, Las Vegas, Chicago, and others. It will then be available on September 24 on video on demand on several platforms including iTunes and Amazon Prime.

The WPT has come on board as a co-producer of the film and is helping promote the film. Here at the Gardens, that includes showing the trailer for the film and giving away some T-shirts. There is also a 7 Days to Vegas Bounty Tournament set for tomorrow featuring Van Patten. Also playing are his brother Jimmy and Kara Weinraub, wife of L.A. businessman and WPT Champions Club member Adam Weiraub (pictured below who is also a co-producer. 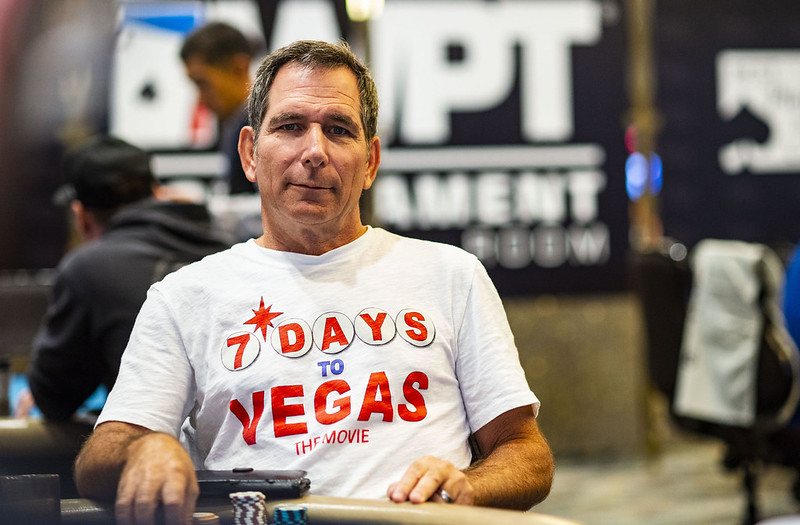 “She made me play with her last night so she could brush up,” Adam said just before Day 1a got underway. Karen plays the role of a poker room manager in the film.

The Gardens also selected three VIPs to participate in the bounty tournament and the winner earns a special screening of the film in Los Angeles.

Van Patten is pleased to see the promotion for the film come together. He’s been doing interviews for print publications in recently and also has some radio and TV appearances planned in the coming weeks. After a screening at the Palm Springs International Film Festival, the movie received some nice reviews including from critic and poker player Richard Roeper.

The WPT is also heavily promoting the movie and even has some commercials planned as part of the tour’s coverage on FOX Sports regional networks starting soon. So far, the buzz for the film has helped. Among pre-ordered movies on iTunes, 7 Days to Vegas has moved among the Top 40 films – not bad for an independent production.

“It feels great,” Van Patten says of seeing the promotional campaign underway as the film’s premiere approaches. “The World Poker Tour is really helping out and that’s exciting. That’s how you market a movie. I’m going to show the trailer today for players and tell them a little bit about it. Hopefully, the word just keeps getting out.”

There will be a similar promotion at upcoming stops before the debut including the WPT Legends of Poker at the Bicycle Casino (Aug. 31 – Sept. 4) and the WPT Borgata Poker Open (Sept. 15-20).

A walk to Las Vegas may be more than most would want to do, but Van Patten is just hoping plenty of poker, gambling, and movie fans make the walk to theaters – or simply pre-order.