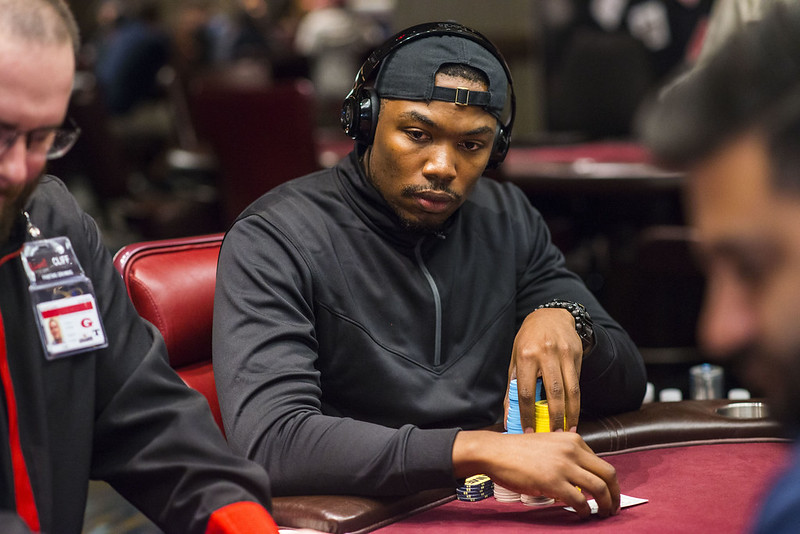 Day 3 of the Season XVII WPT Maryland $3,500 Main Event has concluded here at Live! Casino & Hotel in Hanover, Maryland, with the final table of six players set. Will Givens (pictured above) leads the way with 6,215,000 in chips, while Tony Ruberto is eyeing his second WPT title and the lead in the Hublot WPT Player of the Year race.

Givens and Ruberto are joined at the final table by Jeremy Ausmus, Shankar Pillai, Mark Sandness, and Aaron Pinson. Each player is currently guaranteed $69,609, while all eyes are set on the $344,755 first prize which includes the $15,000 entry into the season-ending WPT Tournament of Champions, as well as an inscription of their name on the WPT Champions Cup.

Givens hails from Colorado and has been a regular on the tournament trail for many years amassing over $1.7 million in tournament earnings. Givens has collected big wins on several poker tours, and here on the World Poker Tour, Givens has won two side events and cashed five times on the Main Tour for over $150,000 in earnings. If Givens is able to carry his final table chip lead to victory, it will be the biggest tournament score of his career.

Willing to play pots in the final stages of the day, and unafraid to get aggressive to assert his dominance, Givens was responsible for the final two eliminations of the day which catapulted him into the chip lead as he bagged 6,215,000 in chips.

The only player that joins Givens with over 100 big blinds is Season X WPT Jacksonville Champion Tony Ruberto (pictured below). Ruberto was the runaway chip leader for a vast majority of the later stages in the tournament and surpassed seven-million in chips before he eventually ended the day with 5,230,000. The major storyline surrounding Ruberto is his positioning in the Hublot WPT Player of the Year race.

After finishing in 41st-place on Day 2, recent WPT Borgata Poker Open winner Erkut Yilmaz separated himself from Simon Lam and Brady Holiman to sit alone on top with 1,250 points. Following a fourth-place finish at WPT Choctaw for 800 points, Ruberto is in prime position to not just make a steep climb up the Hublot WPT Player of the Year leaderboard, but to also take the lead. If Ruberto can finish in fifth-place or better, he will launch into first-place overall, and any result after that will just further his lead over Yilmaz. 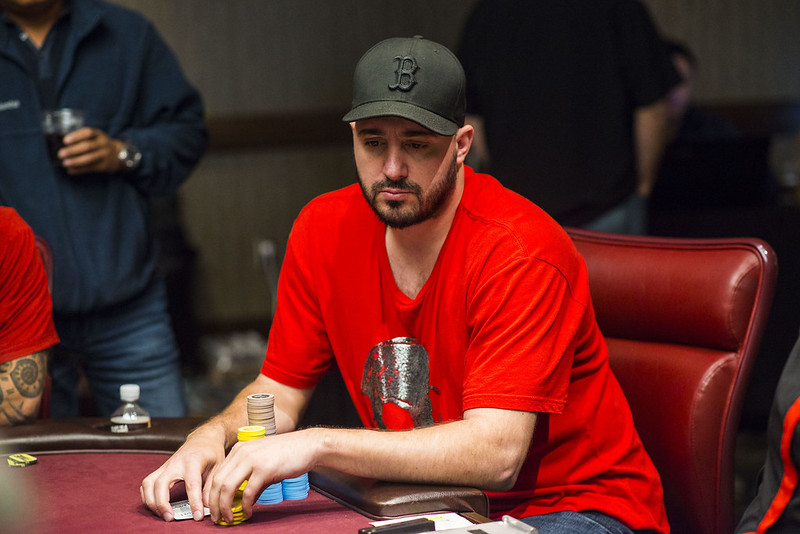 Shankar Pillai is the only other player at the WPT Maryland final table that has reached a WPT final table previously when he took sixth-place in the Season XVI WPT bestbet Bounty Scramble. Pillai is also sitting third in chips with 4,465,000 and will be looking to improve on not just his previous best of sixth-place, but also his total WPT earnings of over $180,000 as he has already registered his best biggest WPT cash with this result.

Known for grinding cash games in Las Vegas and being a family man, Jeremy Ausmus has six WPT cashes to his name for close to $190,000 in WPT earnings along with a WPT side event win in his home casino of the Bellagio back in Season XI. Sitting with 3,730,000 in chips at the final table, Ausmus is in a great position to make a run at capturing his first WPT Main Tour victory here at Maryland.

Mark Sandness and Aaron Pinson round out the final table, and although regarded as the short stacks, with a player-friendly structure, they both still have plenty of room to try and ladder up and make a run at capturing the WPT Maryland title.

Day 3 saw many notable players fall short of the final table as the likes of Brian Altman (27th), Ping Liu (26th), Christian Harder (25th), Richard Kirsch (24th), Paul Volpe (22nd), and Brock Parker (8th) all eliminated throughout the day. Andrew Crookston added a ninth-place finish at WPT Maryland to his ninth-place finish at WPT Choctaw to see him shoot up the Hublot WPT Player of the Year rankings into 22nd-place.

and be picked off by Givens in the big blind with

, and Murzi was eliminated in seventh-place leaving the WPT Maryland final table of six players.

The final six players will return on Tuesday, September 25, to play for the $344,755 first-place prize as the WPT Maryland final table action gets underway at 12:00 pm ET. As always, keep your browsers locked right here to WPT.com for continued coverage of the World Poker Tour.

Looking to win your way to a World Poker Tour event for your shot at becoming a WPT champion? Play for your chance on ClubWPT.com, where eligible VIP Members can