Los Angeles, CA (September 6, 2020) – The World Poker Tour® is saddened to announce today that its longtime commentator and namesake of the WPT® Champions Cup, Mike Sexton, passed away. Adam Pliska, CEO of the World Poker Tour, said, “It is with great sorrow that I announce the passing of my friend and the… 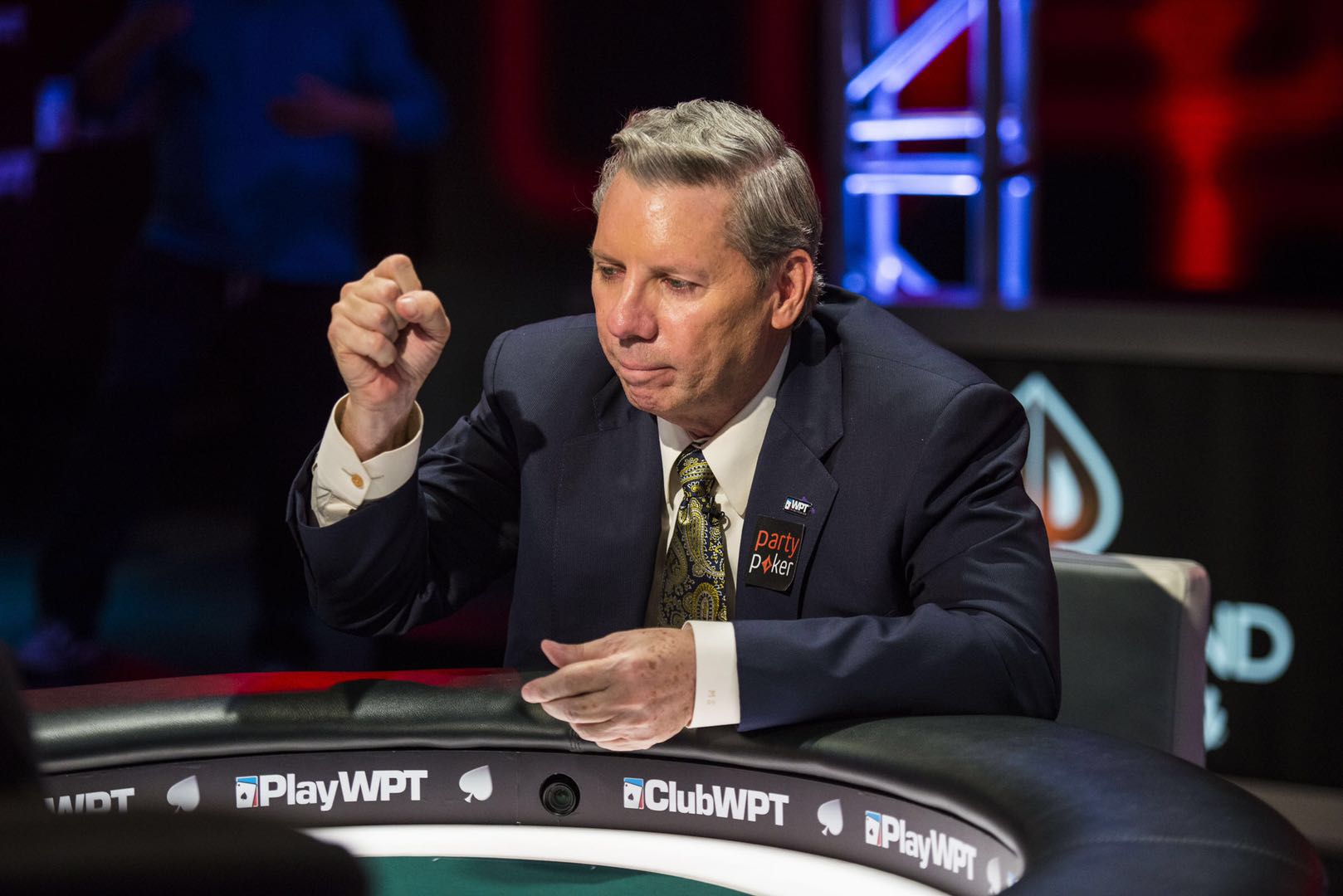 Los Angeles, CA (September 6, 2020) – The World Poker Tour® is saddened to announce today that its longtime commentator and namesake of the WPT® Champions Cup, Mike Sexton, passed away.

Adam Pliska, CEO of the World Poker Tour, said, “It is with great sorrow that I announce the passing of my friend and the greatest ambassador in poker, Mike Sexton. Mike served as a WPT commentator for 15 seasons and spent a lifetime growing the game of poker around the globe. His glowing presence resonated with players and fans of poker alike, who will all miss him onscreen and at the table. Mike’s legacy will forever be a part of poker’s history. The WPT Family joins the entire poker community in sending our thoughts and deepest condolences to the Sexton family, including his young son Ty.”

Mike Sexton, age 72, served as a WPT commentator starting in Season I of the World Poker Tour in 2002, which debuted at the WPT Five Diamond World Poker Classic event in Las Vegas. Sexton won his WPT title in 2016 at the Season XV WPT Montreal event at Playground Poker Club at his fourth career WPT final table.

Sexton raised the profile of the game of poker for many years both before and after joining the World Poker Tour, leading him to be called the “ambassador of poker.” The Poker Hall of Fame called Sexton’s name in 2008 as their 39th inductee for both his accomplishments on the felt and his lifetime of stewardship of the game.

In 2017, Sexton was named a recipient of the WPT Honors, the WPT’s highest distinction awarded to the most vibrant and vital members of the poker industry, in celebration and appreciation of his exceptional contributions to the World Poker Tour and the poker community as a whole. 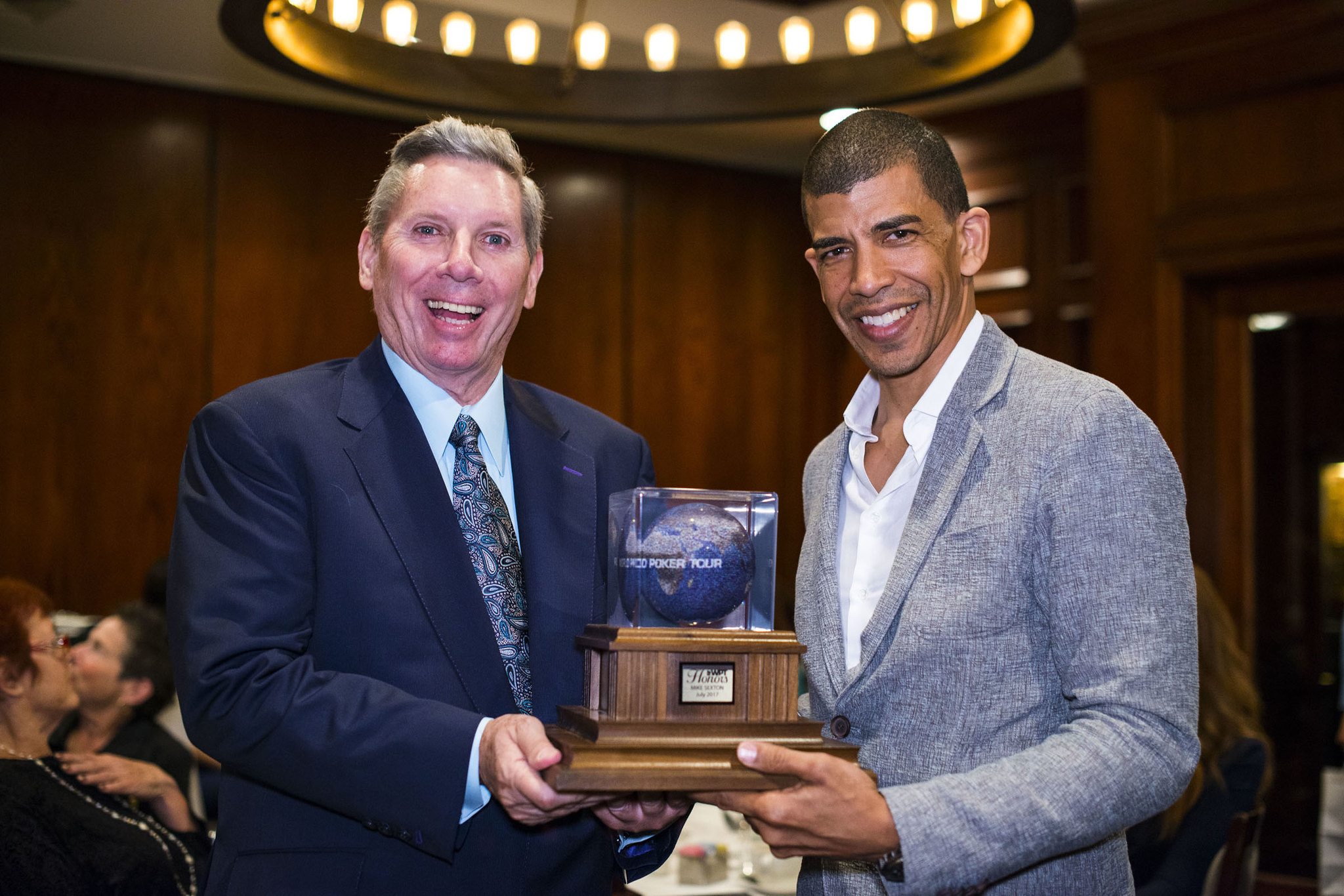 Sexton is survived by his son Ty. As a devoted father, Sexton cheered Ty at his baseball games and proudly shared photos at the table of Ty and their treasured moments together.

World Poker Tour (WPT) is the premier name in internationally televised gaming and entertainment with brand presence in land-based tournaments, television, online, and mobile. Leading innovation in the sport of poker since 2002, WPT ignited the global poker boom with the creation of a unique television show based on a series of high-stakes poker tournaments. WPT has broadcast globally in more than 150 countries and territories, and is currently producing its 18th season, which airs on FOX Sports Regional Networks in the United States. Season XVIII of WPT is sponsored by ClubWPT.com. ClubWPT.com is a unique online membership site that offers inside access to the WPT, as well as a sweepstakes-based poker club available in 43 states and territories across the United States, Australia, Canada, France and the United Kingdom. WPT also participates in strategic brand license, partnership, and sponsorship opportunities. For more information, go to WPT.com. WPT Enterprises Inc. is a subsidiary of Allied Esports Entertainment, Inc.

This communication contains “forward-looking statements” within the meaning of Section 21E of the Securities Exchange Act of 1934, as amended, and the Private Securities Litigation Reform Act of 1995. Forward-looking statements may relate to future results, strategy and plans of Allied Esports Entertainment, Inc. and the World Poker Tour (collectively, the “Companies”) (including certain projections and business trends, and statements, which may be identiﬁed by the use of the words “plans”, “expects” or “does not expect”, “estimated”, “is expected”, “budget”, “scheduled”, “estimates”, “forecasts”, “intends”, “anticipates” or “does not anticipate”, or “believes”, or variations of such words and phrases or state that certain actions, events or results “may”, “could”, “would”, “might”, “projects”, “will” or “will be taken”, “occur” or “be achieved”).  Forward-looking statements are based on the opinions and estimates of management of the Companies as of the date such statements are made, and they are subject to known and unknown risks, uncertainties, assumptions and other factors that may cause the actual results, level of activity, performance or achievements to be materially different from those expressed or implied by such forward-looking statements.  These risks and uncertainties include, but are not limited to, each Company’s respective revenues and operating performance, general economic conditions, industry trends, legislation or regulatory requirements affecting the business in which it is engaged, management of growth, its business strategy and plans, the result of future ﬁnancing efforts and its dependence on key personnel, and the ability to retain key personnel. Readers are cautioned not to place undue reliance upon any forward-looking statements, which speak only as of the date made.  These forward-looking statements are made only as of the date hereof, and no Company undertakes any obligation to update or revise the forward-looking statements, whether as a result of new information, future events or otherwise, except as required by law.