Life in lockup meant day after day of waiting for 32-year-old Ilyas Muradi. Would someone be able to help him? When would he get to see his wife and kids? Would he be shipped back halfway around the world, to a country his family fled two decades earlier. During those agonizing days of boredom during two years of immigration detention, his emotions ranged from frustration to anger to disgust.

But there just wasn’t much he could do. But poker began to occupy much of his mind, however. Muradi studied the game and watched others in his same situation play while in detention. It was a welcome respite from the daily boredom he faced.

That unlikely journey back to at least a semblance of his normal life reached its apex on Jan. 26. After four days of play, Muradi won the WPT Lucky Hearts Poker Open for $809,515. Even after bagging his chips on Day 1, something just seemed different about the tournament and he told his wife and kids he was going to win. 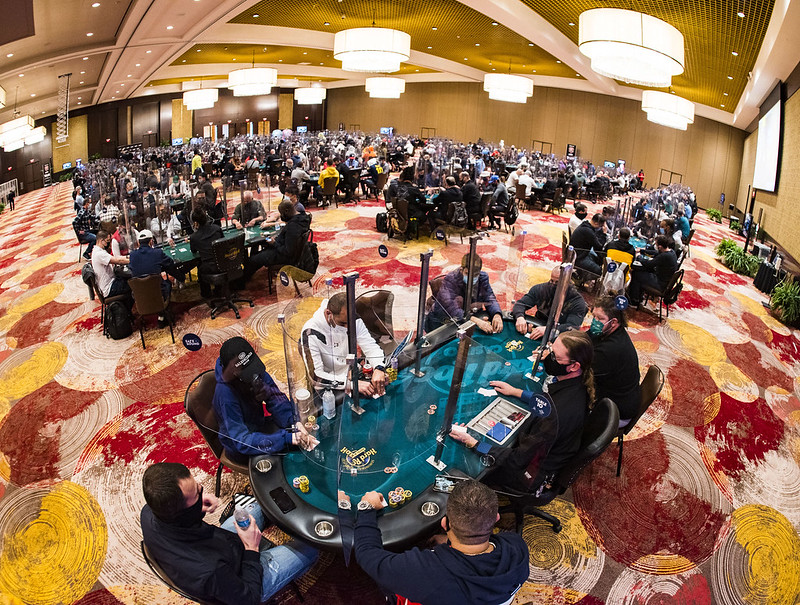 “I had just had that feeling,” he says. “The adrenaline, the energy, it was just so positive. Once I got to that final table, I just wanted to close it.”

Landing in the US

Originally from Afghanistan, Muradi came to the U.S. at age 12 with his family as refugees. They fled after 9/11 after his father had been killed by a bomb. The adjustment to the US wasn’t easy. He didn’t speak English and was dropped into a completely new culture and way of life.

“At that time 9/11 had just happened, and I was getting really mistreated in school,” he says. “It was crazy, people weren’t liking us because of what happened on 9/11. I can’t blame them but every country has its good and bad.”

Everyone in the Muradi family pitched in to help survive and adapt. His mother went to work as did his sister and Muradi himself as he got older. The family eventually found some footing and built a new life in the U.S. In 2006, a single decision would have a deep impact on his life. He was 16 years old and sold someone some marijuana – not realizing the possible repercussions.

The person he sold to was a police informant and Muradi was later convicted of a marijuana charge. That changed his immigration status, but he successfully fought being sent back to Afghanistan, where he may have faced torture.

While he wasn’t deported, Muradi remained in a state of limbo. He couldn’t leave the country but didn’t have a green card. After staying out of trouble for five years, he reapplied for a green card in 2017 after speaking with an immigration lawyer.

Two weeks later, Muradi had an immigration appointment in Indianapolis. Officials took his picture, fingerprints, and eventually extended his previous green card. Things seemed to be going his way, but that wouldn’t last.

Working as a truck driver at the time, Muradi delivered a load from Chicago to Laredo, Texas, in August 2017. After making the delivery, he stuck around waiting for another load to transport. Some fellow drivers in the same situation asked him to come across the border. 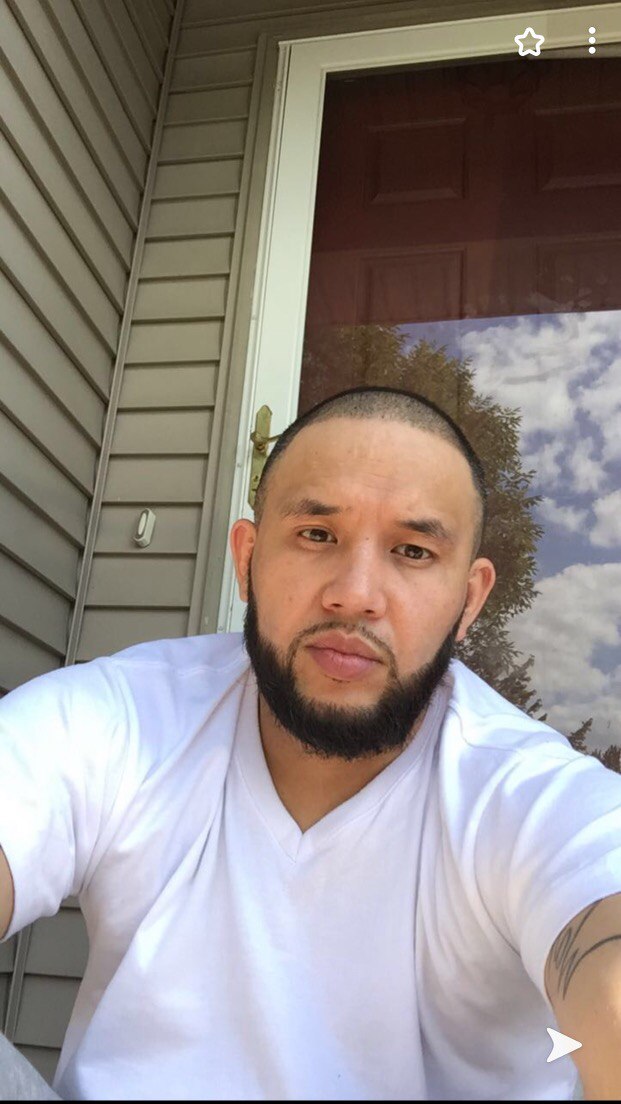 “Let’s go, we’ll party in Mexico,” he remembers a driver telling him.

Muradi declined at first but eventually gave in. With his green card reinstated, Murado believed there shouldn’t be any immigration issues at the border. After grabbing a taxi, the men hit a few bars for some cervezas. After calling it a night, they headed back to the US but were stopped at an immigration checkpoint. That’s when things went south.

“They told me I self-deported myself to Mexico,” Muradi recalls. “He told me the government made a mistake of approving me and accepting my applications.”

Officers took Muradi into custody and moved him to an immigration detention facility in San Antonio, where he simply waited to be released or get deported. After 10 months, he was transported to different centers in Dallas and later Oklahoma.

Finally, a helpful immigration officer believed his story and got him in touch with the Afghan embassy. That put some wheels in motion and he was released a week later when the government of Afghanistan had no record of him being born in the country. He’d been in detention just over two years when he was finally released in October 2019.

He’s now hoping one day to be a US citizen, but that brush with the law as a 16-year-old has remained a hindrance.

“I was a child around the wrong crowd. That’s what made my status really bad and now I’m suffering.” 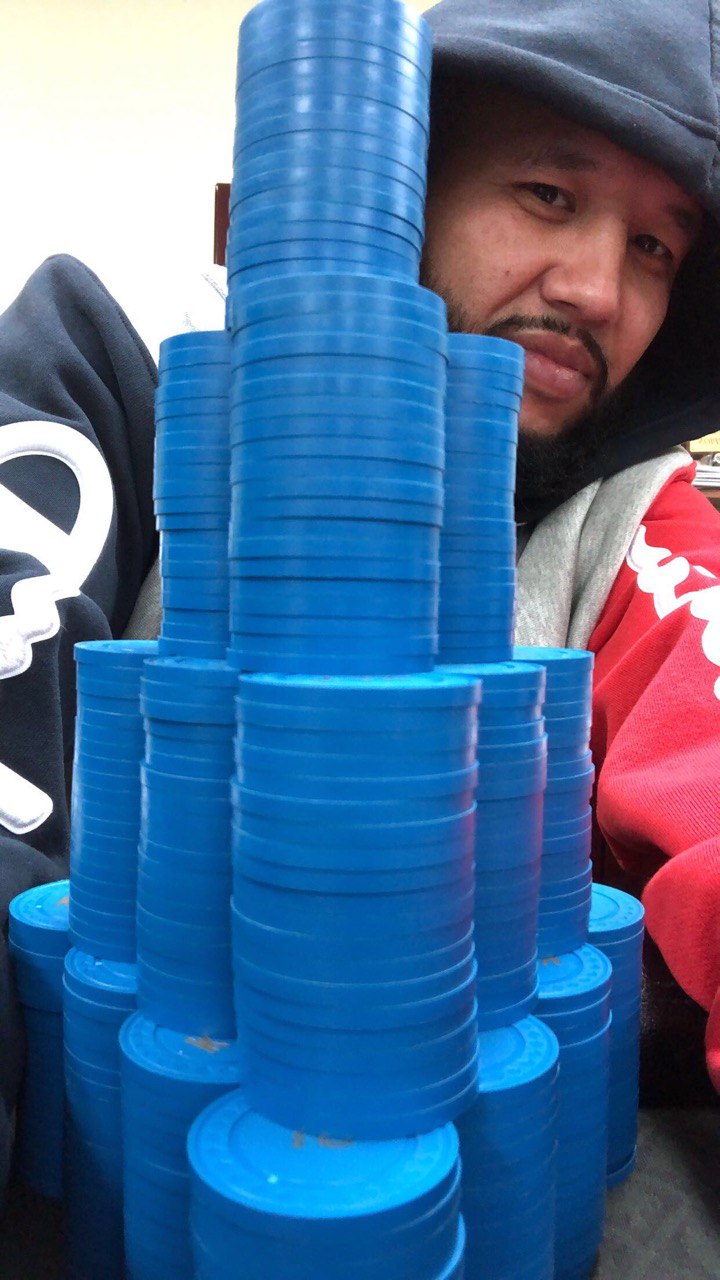 Despite so many challenges, Muradi looks back and feels grateful he made it to the U.S. and that his mother did so much for his family. He’s glad things worked out the way they did.

Enduring so many months in custody wasn’t easy. He had his own family in Fort Wayne. With his wife and two children so far away in Indiana, Muradi felt helpless and frustrated. There just seemed to be no end date in sight and he was at the mercy of the system. 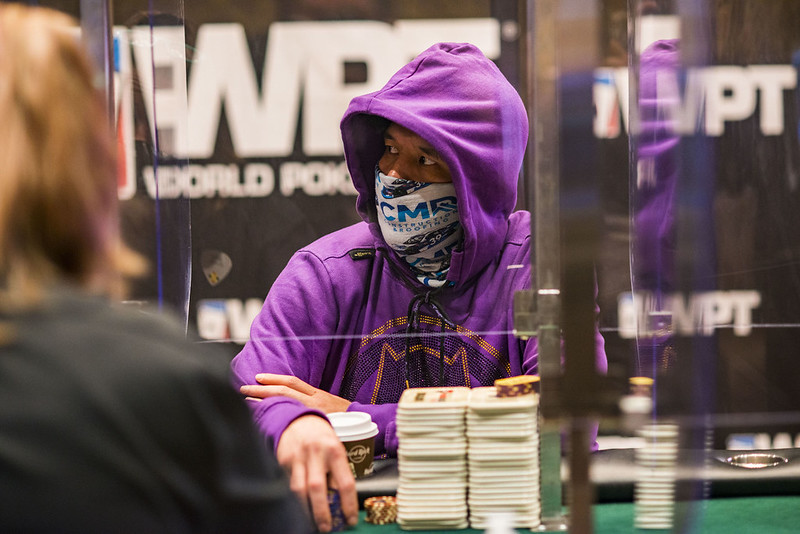 “When you’re locked up [in jail] you have an out date, you know when you’re going to get out,” he says. “In immigration lockup, there is no out date. They will keep you as long as they can.”

After enduring his mother passing away from cancer in 2014, his grandmother died two years later. Then in 2018, his aunt, who Muradi considered a second mother, passed away while he was still in custody. His wife and children moved to the Dallas area and he now spends time there and also in Fort Wayne.

With hours and hours of time on his hands in confinement, poker became an interest after seeing others play the game. As a child, Muradi learned to play poker but he became more focused in detention and studied the game more.

“When I came home I played a little bit here and a little bit there,” he says. “I watched a lot of poker videos and sharpened my game. The next thing you know I’m playing full time.” 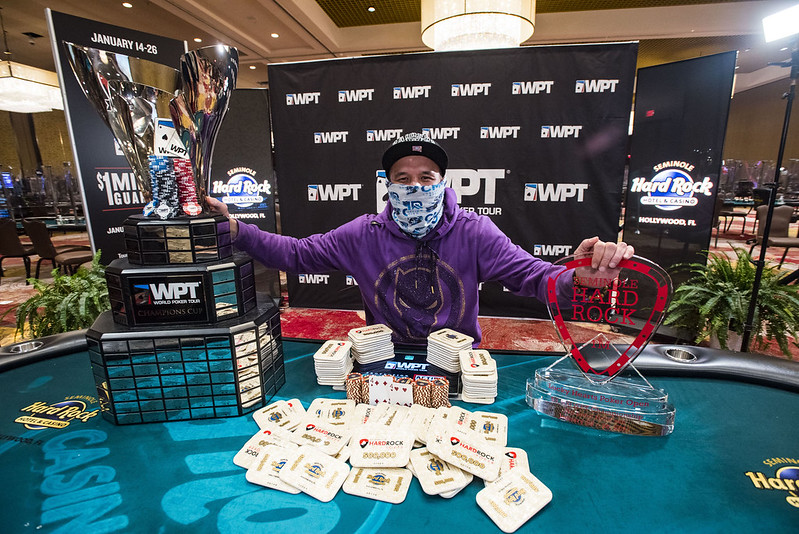 The Lucky Hearts win became the highlight of Muradi’s poker career. He had come a long way from his 26 months in detention. Immediately after his win at the Seminole Hard Rock, Muradi fell to his knees in celebration – the culmination of a dream come true that included many setbacks along the way. 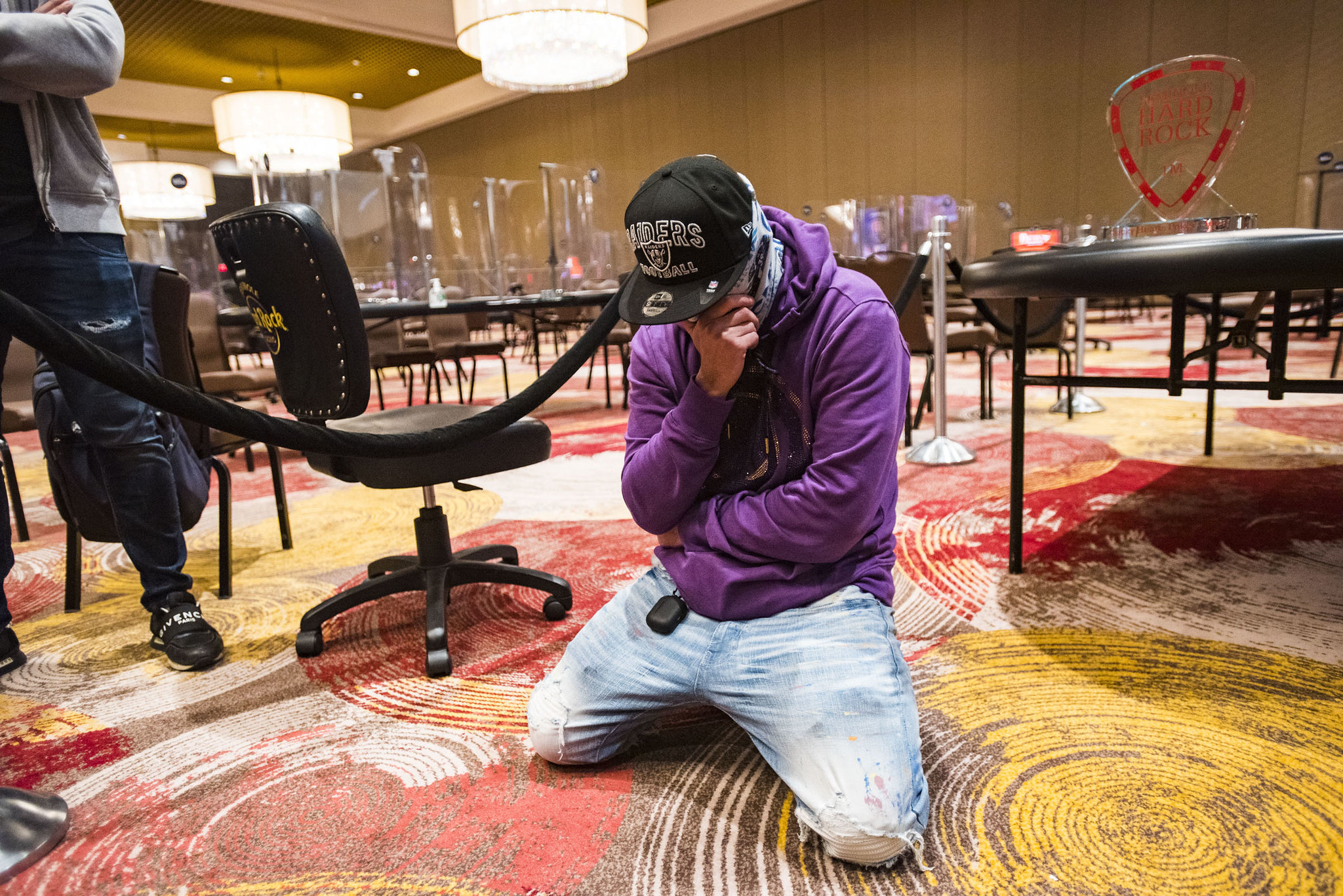 “It was a miracle, one of a kind,” he says. “You can’t explain this feeling.”

One hand stood out in his mind that helped propel him to victory. Under the gun, Muradi opened with a raise with

and the player to his left three-bet. Everyone else folded and Muradi called.

and Muradi checked and his opponent. After making a call, the turn brought a rag and Muradi called another bet. The river brought another King and he check-called again. His opponent showed pocket Aces for a full house.

In another hand, Muradi raised from under the gun with

and received five callers. The flop brought two eights. He eventually lost that hand to another player with pocket eights for quads. Muradi lost a chunk of his chips on those two hands, but realizes it could have been much worse.

“Those two hands could have eliminated me from the tournament,” he says. “But I didn’t put my whole tournament at stake.”

Previously, Muradi had never played in a WPT event before but had been missing the fun of a live tournament. With most of the tournament scene in his area shut down, a trip to the Seminole Hard Rock seemed like a good idea despite not quite having enough for the $3,500 buy-in.

“My bankroll wasn’t that big so I went there to just play some satellites and see if I could get in the Main Event,” he says.

Muradi struck out on a few before finally breaking through with a seat after missing his flight home to Indiana. That stroke of luck eventually led to his massive score and adding his name to the Mike Sexton WPT Champions Cup.

Some of his winnings will now help pay for an immigration attorney and his family, but he’s also got other plans. The newest WPT Champions Club member wants to write a book and tell his story – hopefully inspiring others. That includes fulfilling his greatest poker goal of winning a WPT event.

“There was so much struggle – coming from Afghanistan to learning the language to growing up as a young man in the United States and what happened to me,” he says. “Never give up and if you have a dream, you have to do it instead of dreaming about it. Don’t sit around and wait for it to come to you. You’ve got to go get it.”