The WPT Online Poker Festival gave French and Spanish players the opportunity to showcase their talents throughout 16 days on the partypoker and PMU Poker platforms. All those that cashed in any of the events earned a portion of €2 million in prize money with buy-ins ranging between €2 and €2,000.

A total of 42 tournaments with three different buy-in levels took place and allowed live poker regulars such as Quentin Roussey and Erwann Pecheux the thrill to earn a World Poker Tour title from the comfort of their home. 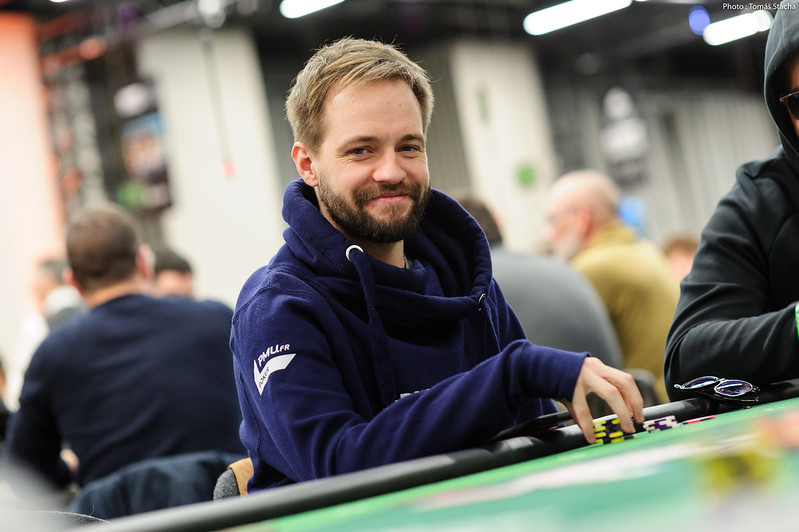 The trio of Main Events with buy-ins of €250, €50, and €20 featured a total of €650,000 in guaranteed prize pools with €400,000 reserved for the high tier. Late on Monday evening and until the early morning hours of Tuesday, these flagship tournaments have come to a conclusion.

As a finalist of the last High Roller reserved for French players this past Sunday on which they finished in 5th place for €6,500, ”Judy Hopps” continued their hot run and took down the €250 Main Event High #02 of the World Poker Tour Online Poker Festival

On the edge of elimination with five players remaining, “Judy Hopps” claimed the Main Event title despite commencing the heads-up with a large chips disadvantage. However, two preflop all-ins brought the Frenchman back into contention and suddenly near even in chips, they cut a deal with fellow countryman “Orion63” to chop €110,000 and play for €4,920 to the eventual winner as well as the trophy and bragging rights.

Another ten minutes passed and the heads-up duel ended in favor of “Judy Hopps” on the next preflop all-in and they collected their biggest online cash of €59,920 so far!

”Orion63” finishes in second place for €55,000 according to the deal agreement made and they were the only contender with more than 20 big blinds with five players remaining. Perhaps, two final tables at the same time were one too many. At the same time as they dominated the Main Event High, “Orion63” was also on a deep run in the €50 Main Event and eventually finished in 5th place in Main Event #02 Medium. They added another €4,612 to their bankroll and enjoyed a very successful evening at the online tables with more than €60,000 in cashes.

With two Spanish players on the final table it was “Dra.Piernas” that fared the best. Down to the final three, “Judy Hopps” was the far shortest stack and seemed poised for the bronze medal. However, the Spaniard ran with pocket queens into the pocket aces of “Orion63” to lift “Judy Hopps” into the heads-up duel. Long time chip leader “Dra.Piernas” finished in 3rd place and received €31,000 for the efforts.

The final six players out of a field of 1,644 total entries recorded a five-figure profit. The chip leader on the final two tables, “LokitoCST” was certainly hoping for more but had to settle for 5th place and €14,600. They lost a crucial coin flip against “Judy Hopps” and bowed out the very next hand. “FIKTAR” (4th place for €20,640) busted one minute later and the setup between “Dra.Piernas” and “Orion63” then took place just five minutes later!

One last turbo opening flight was scheduled prior to the start of the final day and the final qualifiers had fewer than five minutes to breathe before the action continued on Day 2, which eventually lasted eight hours in total.

While Sarah Herzali and Bruno Fitoussi had missed out on the qualification by a few minutes but Arnaud Enselme passed that obstacle and continued the path right away on Day 2. The Frenchman quickly found his rhythm in a tournament where the players didn’t have a lot of time. 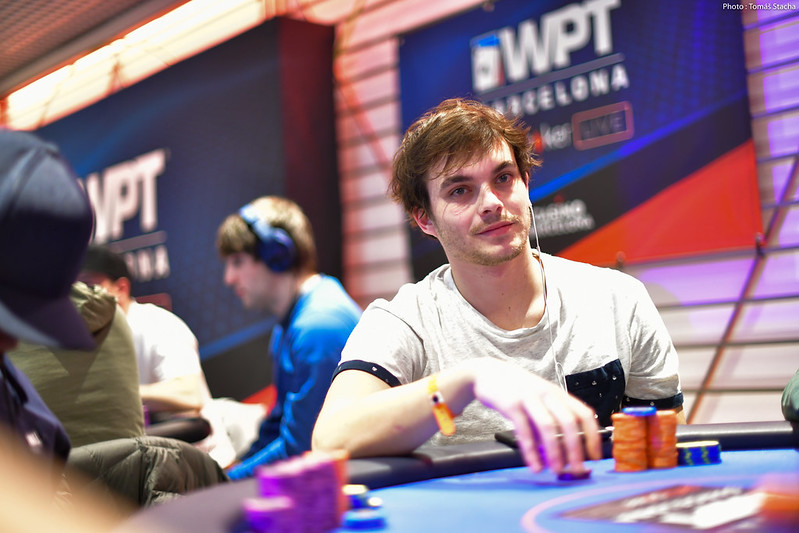 There were 307 qualifiers for Day 2 and the top 248 spots were paid, yet patience was required as six levels and almost 90 minutes passed until the bubble was reached. Despite one player only having a fraction of a big blind at their disposal, it was Spanish player “T1ME2w1a” that bubbled under unknown circumstances. Benefitting from that was “T.Pogacar” who got the last 2,232 chips in the very next hand and had locked up the min-cash of €460.

Third trophy of the festival and three cashes in the Main Events for “Costakopp”, winner of the Low tier

Once the bubble had burst, the pace of eliminations picked up again and it was the end of the road for partypoker Team Online’s Julien Stropoli (204th place for €480). Quentin Roussey (162nd place for €580) and Maxime Lemaitre (103rd place for €740) also saw their hopes of an even deeper run vanish, which also applied for the regulars “La Twice”, Tulio de Melo, and “Alice_Taglioni”.

Another main figure of the tournament was certainly Idris Ambraisse and the Morocco resident known under the alias of “happydris” was eliminated shortly after reaching the final 56 players, taking home a four-figure payday for the efforts. Moments later, Arnaud Enselme then also ran out of chips and finished in 46th place for €1,120.

While “Dra.Piernas” was responsible for plenty of eliminations and sat at the top of the leaderboard, Erwann Pecheux survived for a long time. The PMU Poker Team Pro reached the final four tables and eventually finished in 28th place for €1,400. At that time, “Dra.Piernas” was the only remaining contender with more than 100 big blinds.

In the middle of the pack, Alexandre Amiel battled with very few chips and showcased his talents in short stack strategy. His fierce fight brought him all the way to the final table bubble and just two minutes passed between his elimination in 9th place and the exit of “capitannemo” in 12th place, which awarded the same payday.

The final showdown then kicked off and “Orion63” had their hands on the trophy already … but could not fend off the comeback of “Judy Hopps”.

The Medium tier of the WPT Online Poker Festival Main Event with a buy-in of €50 attracted a field of 3,329 entries throughout the starting days and 713 of them qualified for the final day on Monday.

Just like the winner of the High tier “Judy Hopps”, the eventual champion “HackThePlanet” also recorded their biggest win on the partypoker – PMU.fr platform so far and earned more than 460 times the initial buy-in for the efforts!

Victory came without a deal in an all-French heads-up duel with “maurice2nice”, who had to settle for the runner-up spot and a payday worth €16,057.50. Spanish player “jcaypoker” completed the podium and was the third and final player to earn a five-figure score in the event (€10,305).

Many of those still in contention in the top 50 of the Medium tier were also still competing for their share of the prize pool in the High tier with 70 players left.

“Johnnyquiiiid99” (11th place in the Medium tier) and Spanish player “OtB_RedBaron” (13th place for €834) had several deep runs throughout the week without any major score but the players in form doesn’t stop there yet. “Vmartel” also cashed in two Main Events, finishing in 26th place for €423 in the Medium tier and adding another 34th place in the High tier for €1,240.

The two Spanish contenders in the High tier “AAdoubleSuitd” (15th place for €2,560) and “ChoferDeAmadi” (37th place for €1,240) also bowed out in 72nd and 73rd place respectively in the Medium tier, providing proof that it is always good to multi-table online.

French player Antoine “costakopp” Stacko from Nord-Pas-de-Calais reached the money in the €250 Main Event High tier which was won by “Judy Hopps” after a heads-up deal and was then involved all the way to the end in the €20 Low tier to capture the biggest slice of the €100,000 prize pool.

Stacko emerged victoriously without deal in a French heads-up duel with “Lageeero”, who also walked away with a five-figure prize of €10,616 for their efforts!

With that latest win, Antoine “costakopp” Stacko managed to add a third title during the festival after taking down Event #38 High No Limit Turbo with a buy-in of €100 on Sunday for €4,426 out of a field of 186 entries and also claimed the top spot in Event #24 High for €3,675 earlier in the week.

“sAA_mangePa2p1” had taken down two events prior to that but “ Costakopp” stepped up to the challenge on the final day to record an even more impressive achievement!

Ultimately, the top 920 finishers shared a portion of the €100,000 prize pool with the min cash worth €32 and for himself, Antoine unlocked another triple feature with cashes in all of the three Main Events. On top of his victory in the Low tier, he earned €700 for 112th place in the High tier and €423 for 32nd place!