Last night two more winners were crowned in WPT and partypoker’s Online Series and both players were taking down their second win of the festival. Online heavyweight Alexandr Trofimov overcame the $1,050 6-Max, while David Ivers scooped the $109 Mini event on a night that saw a further two tournaments get off the mark.

The $1,575 8-Max Bounty Hunter and its $162 Mini cousin got out of the starting blocks and there are a lot of recognisable names still in the mix at the end of Day 1. But more on that later, as now we cast the spotlight on the latest WPT title holders.

Following his victory in the $215 Mini 6-Max Weekender a couple of weeks ago, Alexandr Trofimov has followed it up with a win in another 6-Max event last night. The stage was set with just eight players left when they sat down to continue their campaign at 6 pm* last night when Day 2 resumed.

Online crusher Niklas Åstedt came into the day second bottom in the chip counts and he managed to ladder one spot after Viktor Ustimov busted first. The Russian continues to impress this series, with this his fourth final table result after taking down the $1,575 8-Max, the $1,050 Mix-Max Turbo Bounty and of course that memorable runner up finish in the Online Championship. His cashes across these four tournaments alone are worth almost $1.1 million!

Ustimov’s elimination took the finalists down to one table and Alexandros Theologis was the shock next departure after beginning the day as chip leader. He was followed by Ferenc Deak who adds a second final table result to his festival resume after placing fifth in the $3,200 PLO. Irish pro Marc Macdonnell busted next and WPT Champion’s Club member Mike Watson joined him at the rail before the final two went head to head. 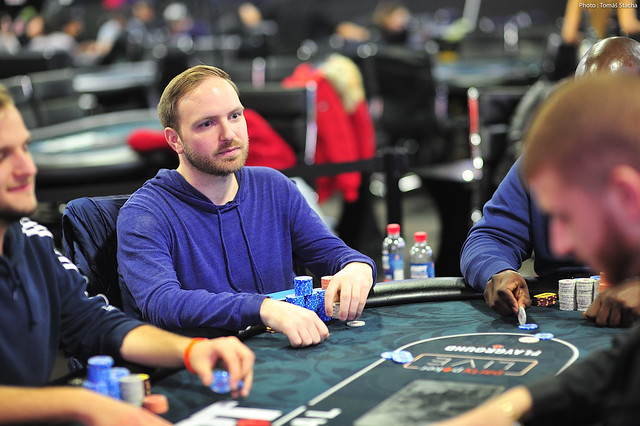 No deal was agreed upon and Sweden and Russia fought it out, with the latter coming out on top by the end. Trofimov takes his second title and in doing so, denies Bertil Andreas Samuelsson the accolade, who was going for his second series win after scooping the $265 Mini Bounty Hunter a couple of weeks ago.

On to the Mini event and in the end, it came down to two players who didn’t start among the biggest stacks, but who managed to fight their way up into the winner and runner up spots all the same. David Ivers secured his second win of the series (he previously won the $55 Mini Turbo) after besting Alessandro Valli, a pro who has already proven his worth over the last few weeks having taken down the $2,100 6-Max Bounty Hunter and placing runner up in the $530 6-Max Turbo Bounty.

Patryk Poterek, Hristivoje Pavlovic, Daniel Yerin and Johannes Van Til completed the final six in a whopping 1,005-strong field. Marc Macdonnell (12th) had another deep run to add to his one above but couldn’t manage to reach the final table for a second time that night.

353 players sat down to play the event, which created a prizepool in excess of its $500,000 guarantee. At the end of 22 levels, that number had been reduced to just 14 and there are some big names still in with a shot of the $42,400 (plus bounties) top prize.

Joao Vieira (2,193,963) starts in front and will no doubt be looking to improve on his respective third and fourth place finishes in the $2,100 and $3,200 PLO events. He, and indeed all the survivors, return with at least $3,459 locked up. Vieira has earned much more than that though, with almost $10,000 banked in bounties already. 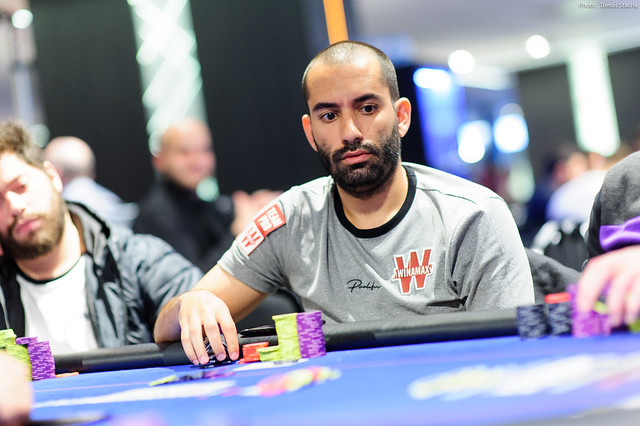 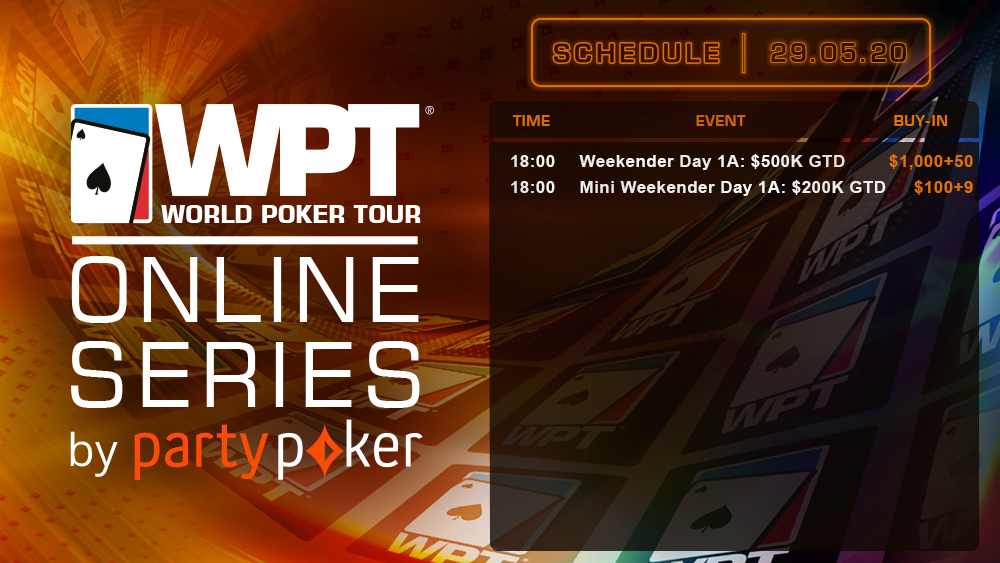 Along with the conclusions of the two tournaments above, tonight sees the third set of ‘Weekender’ tournaments get underway. Each one has differed from the one before it and this time the two-day event features a $1,050 buy-in ($500K GTD), with a $109 buy-in ($200K GTD) for the Mini version.

Both tournaments have three starting flights, with Day 1a kicking off at 6 pm this evening and Day 1b is at the same time tomorrow. The third and final starting flight will be a turbo at 3:30 pm on Sunday ahead of Day 2 which starts at 7 pm that evening. The previous two Weekender events were huge successes, smashing their guarantees and so we highly advise getting in on the action for this one! 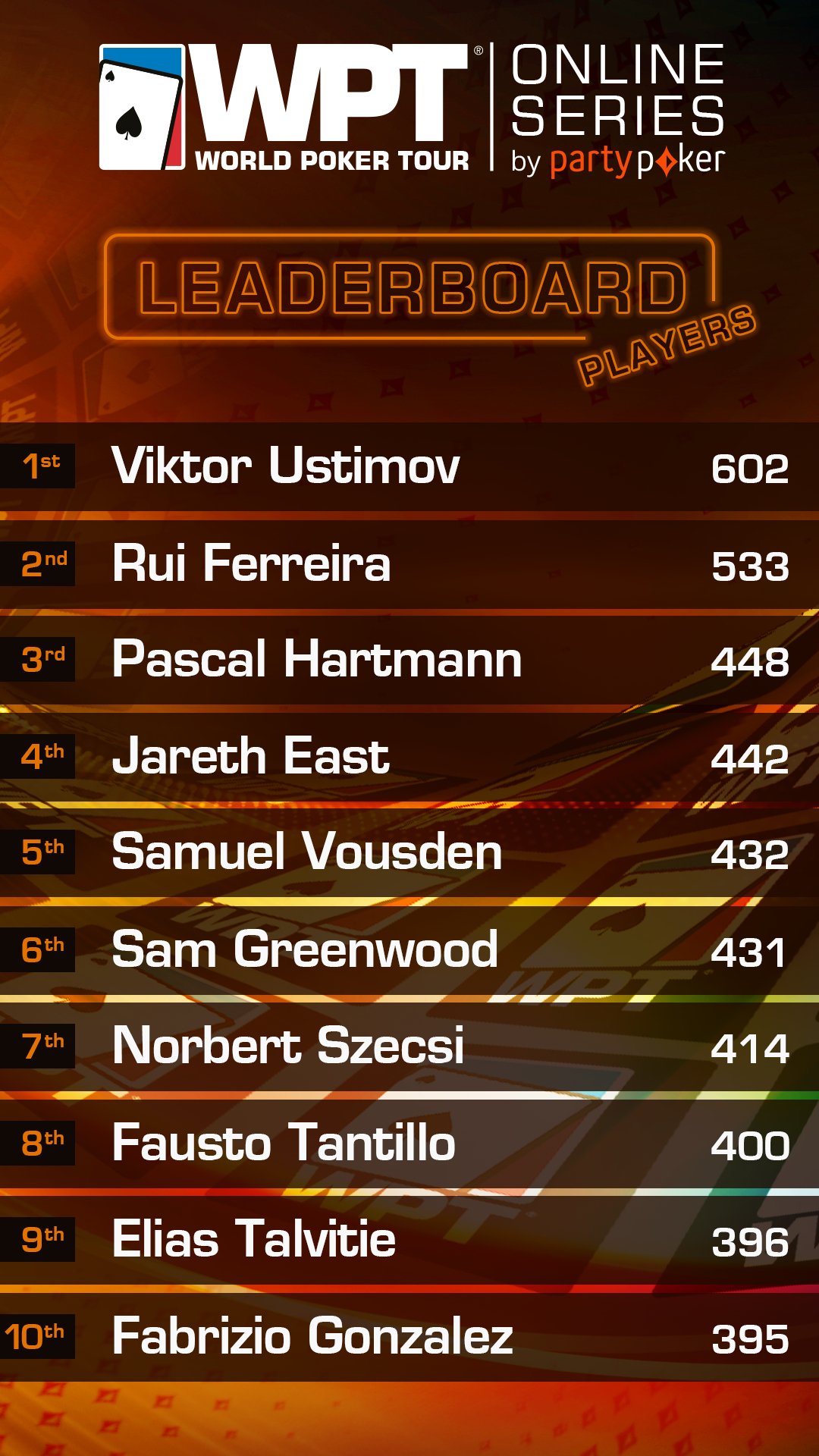 Viktor Ustimov has extended his lead over Rui Ferreira, while Pascal Hartmann jumps up a couple of places into third. WPTDeepStacks winner Jareth East appears in the top five for the first time, which pushes Samuel Vousden down into fifth.