There were plenty of big stories during last night’s edition of the WPT World Online Championships. Barry Hutter banked a win in the $5,200 Big Game but fellow final tablist Alexandru Papazian was also on track to claim one of the biggest stories, despite busting in 6th place in that event. The Romanian, who is based in the UK, was also set to make his mark in the $530 Mini Big Game, with the pro ultimately going on to take the victory in his second final-table appearance of the night.

The other big news was always going be surrounding the $10,000 Main Event Championship, specifically who had the chip lead at the close of Day 2. That position is held by Artur Martirosian, to the envy of poker players everywhere. The penultimate Day of this series’ flagship event continues tonight and full details of last night’s Day 2 action can be found later on. First though, it is time to cast the spotlight on each of yesterday’s seven WPT winners.

This was the biggest tournament to reach a conclusion last night, with nine players returning to fight for their share of the $1 million prize pool. It was also an event full of excitement with plenty of shift in the standings throughout the night. First off, world No. 2 Justin Bonomo hit the rail despite starting with two players below him in chips. He didn’t make any ladders, taking $20,800 for 9th place.

Mark Davis had begun with the second-shortest stack and that’s where he left, taking $25,000 for his 8th-place finish. Zach Clark followed him out the door, leaving in 7th for $32,500. The money jumps really started to creep up at this point and Alexandru Papazian banked $42,000 after being eliminated in 6th place.

Papazian was third in the chip counts at the start but there was a bigger surprise about to hit, with Day 1 chip leader Luke Reeves making a shock departure in fifth place. The British grinder will be able to console himself with the $55,000 payday but may well be feeling some pangs of disappointment after starting with the lead and being outlasted by the next player to bust – Francois Billard.

The Canadian ($78,000) had an incredible turnaround, starting at the back of the pack with just 13.5 big blinds at the beginning of the night. That run finally came to an end and Mike Watson joined him at the rail shortly after, taking the first six-figure sum of the evening with $104,200 the prize for third. 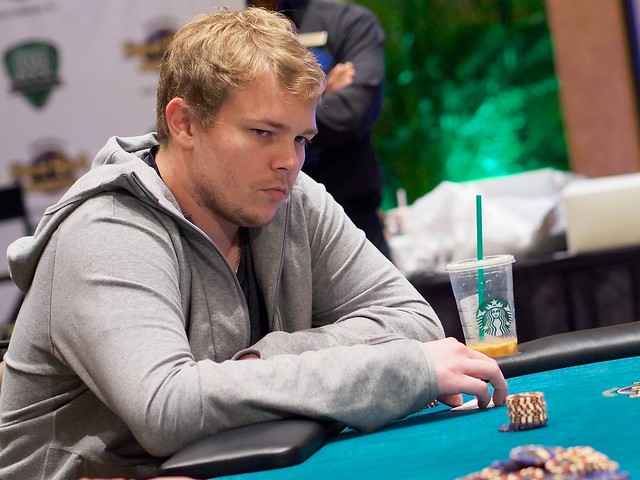 That left two players to duel for the title, trophy and over $50,000 more in prize money. No deal was struck and partypoker’s Dzmitry Urbanovich, despite a valiant effort, fell at the last to take runner up and $146,050. That means Barry Hutter is the latest Big Game main event champion and the American (who is playing from Mexico) wins $200,650 his incredible result. 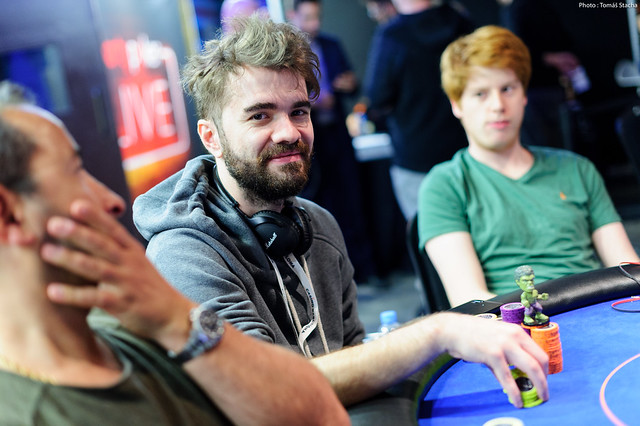 James Atkin and Luigi Soncin did well to reach fourth and fifth places before it was the turn of Day 1 chip leader Paul Höfer to say goodbye, with the German just missing out on playing heads up. That accolade went to Manfred Hermann and Alexandru Papazian, with the latter doing enough to go the distance. It was a great day’s work for Papazian who added $42,000 to the $55,222 for reaching 6th in the main event, securing the Romanian pro almost $100,000 in total earnings!

With 44 players still in in the Micro, Guilherme Magaldi did a fantastic job of holding on to the lead he started the day with, seeing off all of his opposition to take the title and $16,575 in cash. Iceland’s Asgrimur Karl came closest to toppling the Brazilian, finishing runner up for $11,779.

Ninety-five players stumped up a grand in the largest of the 6-Max events. It would be six hours and 44 minutes before the winner emerged and that player was Bernard Larabi. The Hungarian didn’t do a deal with Kahle Burns, so he took the full $27,012 prize for first, leaving the Australian pro (who is playing from Mexico) to collect $17,117 for second place. Roberto Romanello has been on a heater for the last couple of months and it appears to still be in full flame, with the Welshman taking third place for $11,745, the last of the five-figure scores.

Russian regular Sergei Denisov inched into the money with a min-cash of $2,250, denying Kristen Bicknell the opportunity and the partypoker pro took her second bubble in two days, after her near miss in the $5,200 Big Game the day before.

Thirty of the 255 entries would see a return and Stefan Raschbauer banked a min-cash of $470 after making it to 30th place. There always has to be a bubble and this time it was Argentina’s Augusto Jorge Luis Hagen who left in that unfortunate spot after he busted in 31st place.

It may have been a micro event, but Britain’s Michael Humphreys collected a handsome ROI for his evening’s work. He adds $3,779 to his bankroll after triumphing over Poland’s Mikolaj Zwirbulis ($2,939), and indeed all of the other 1,145 entries that stepped up to play.

The first of four PKO events was the $530 buy-in and playing the relatively unusual 7-Max format. By the time late registration had closed, 188 hopefuls were in contention. An event of this buy-in size will usually feature plenty of regulars and Vitor Abreu saw off all of them, with the seven-hour battle coming to an end after he had dispatched with runner up Stewart Kirby. 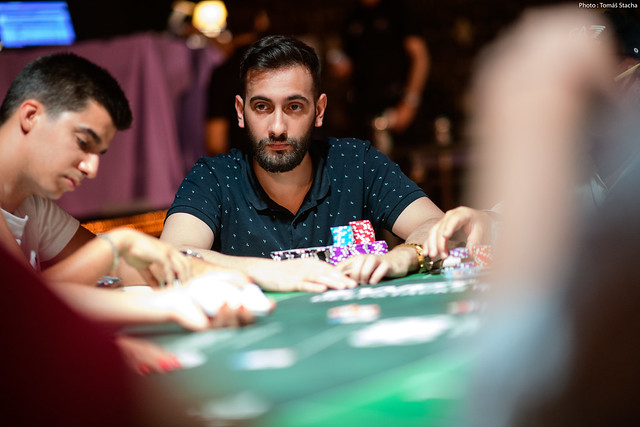 The main prize pool winnings were almost identical with $9,244 and $9,233 the respective payouts for first and second, but Abreu smashed it out of the park when it came to the bounty winnings, taking a huge $14,804 compared with Kirby’s $781. Ewerton Barros, WPT Mix-Max Champion Andrey Kotelnikov and Antonio Galiana Ortega all fared extremely well, making it to the top five too.

Twenty-eight places were paid but Francois Billard wasn’t among them. His departure in 29th place allowed Alexander Van Der Swaluw (28th, $605 + $802) to sneak into the money, but the Canadian had already eliminated five opponents at this point, collecting $1,062 for a decent profit.

Floyd Rosner may have busted first in Day 2 of the $530 Mini Big Game, but that early elimination meant more attention could be paid to his other games. In the end, it worked out extremely well with Rosner claiming the top spot in the larger of the two turbo events for a total haul of $9,583 including bounties. Gytis Lazauninkas took runner up when the heads-up match had concluded and with the structure a fast one, it took only four and a half hours of play for that to happen.

Both players had to outlast some seriously difficult competition, with Arsenii Karmatckii (15th, $376 + $487), Dominik Nitsche (18th, $317 + $50) and Steven Van Zadelhoff (22nd, $317 + $175) all in the mix in the latter stages of the competition. Each of the pros made it past the bubble with the top 32 paid, which wasn’t the case for Leandro Manuel Bustillo who was the last person to leave empty-handed in 33rd place.

Mitchell Halverson had a second deep run in the mini event. He managed to go two better this time and took runner up position, behind the winner Govand Amin. Halverson may not have walked away with the title, but his winnings reflected his performance. Nine eliminations compared with Amin’s six resulted in just $260 difference between the two players’ payouts.

The biggest highlight of the entire festival is really heating up now. Yesterday 156 were still in contention but after 12 30-minute levels that number has been reduced to just 24. It is exciting to know that in around 36 hours, one of those will become Champion, have their name etched on the WPT Mike Sexton Champions Cup and be up to $1,715,667 richer for their achievement.

So, who is in the best position to challenge now that Day 2 is in the books? Artur Martirosian is, with 30,030,334 chips in play. The Russian has made a huge impact on the scene since his first recorded cash in October 2017. With 120 big blinds when play resumes at Level 13 (125,000/250,000 31,500 ante), Martirosian is in a great position to improve on his runner up finish in the 2020 partypoker Millions Super High Roller in Sochi, where he won almost half a million dollars for his biggest career-cash. 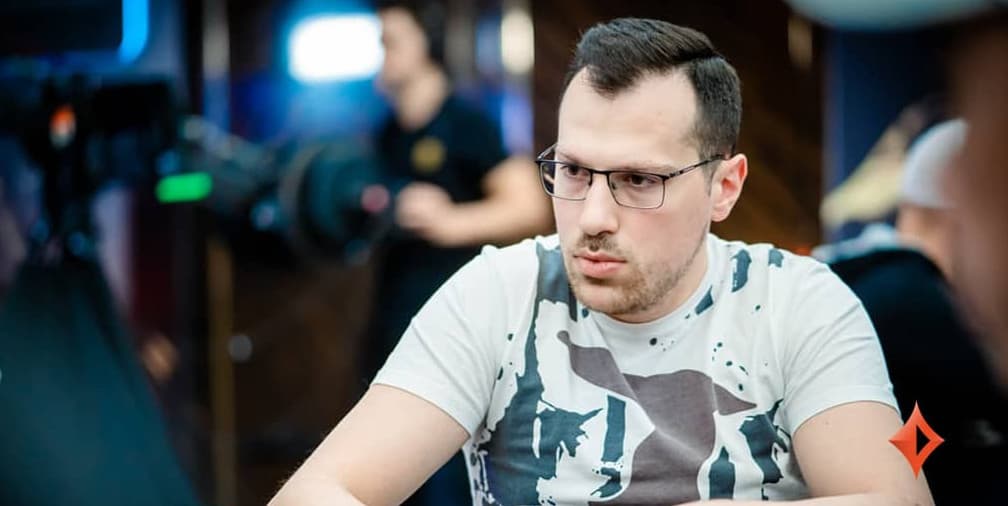 For all that good news, there were 132 players who will feel very differently today following their eliminations. Dimitar Danchev was last to fall, taking $45,495 for finishing in 25th place. Niklas Åstedt took the same for placing 28th, one ladder more than Jan-Eric Schwippert (33rd), Francois Billard (36th) and Thomas Österreicher (39th) made, with all three banking $41,451.

The same could not be said for WPTDeepStacks Champion Ioannis Angelou-Konstas who bubbled in 137th place, nor WPT Champions Christian Jeppsson (139th), Alex Foxen (140th), Scott Margereson (147th) and Ryan Riess (152nd), who also finished outside of the money.

Play resumes tonight, and each of the returnees have locked up at least $58,638 for making it this far. There is so much more at stake though with today’s play not pausing until the final table has been reached! This is one you certainly do not want to miss, especially as all the action will be broadcast with cards-up coverage. Head to the WPT Twitch channel to watch all the excitement. Please note that though play resumes at 7 pm (BST), there will be a 30-minute delay on the stream.