After 70 days in the making, the final day of the WPT World Online Championships has arrived. It has been an immense couple of months with some truly fantastic stories emerging throughout. It is not quite all over yet though (phew!) and in fact, tonight WPT and partypoker are bringing something particularly special to the table, in the shape of the $102,000 Super High Roller Championship final day.

Last night, Day 1 in the biggest buy-in event of the series took place and tonight the finalists will play down to a winner. The ‘Mini’ event, which has a not-too-shabby $10,300 buy-in of its own concludes tonight too, providing a fitting end to the historic inaugural series.

This event smashed its guarantee, with 40 entries clocking up a $4,000,000 prize pool! That number needed to reach the final seven in order for play to be halted and it took seven and a half hours for that to happen. 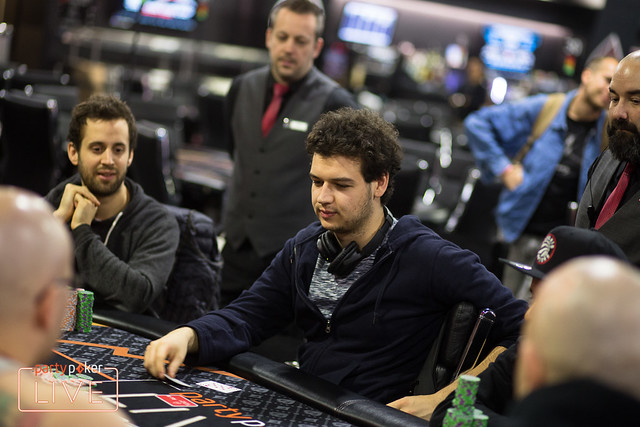 Christoph Vogelsang (730,550) and Daniel Dvoress (553,571) have 73 and 55 big blinds respectively, leaving some space between them and the three at the bottom of the counts: Ike Haxton, Linus ‘LLinusLLove’ Loeliger, and Charlie Godwin.

With play resuming on the bubble, and $229,600 the min-cash, it makes for some tense play right off the bat. Haxton (296,781), a member of Team partypoker, is one of two players still in who qualified for the event through a satellite. The other is Charlie Godwin (239,498), who along with Loeliger (280,290) pulls up the rear. Neither player is quite in the danger zone yet with, with 28 bigs for Loeliger and 23 big blinds for Godwin, plus those slow-structured 40-minute blind levels stretching out the amount of play even further.

The final will be streamed on the WPT Twitch Channel and with cards-up coverage so you can see how some of the world’s best play. Action resumes at 7 pm but with a one-hour delay on the stream, you can tune in from 8 pm and watch someone win anything up to $1,508,400 for first place. There are plenty of other big prizes too, second place will walk away $992,000 and third with $620,000, both well-beyond the realm of life-changing money.

There are plenty of big names who will be watching, disappointed that they couldn’t make it that far after busting Day 1. Matthias Eibinger exited first. He didn’t buy back in, unlike some of the other early departers including Mikita Badziakouski, Artur Martirosian, Justin Bonomo and Ali Imsirovic.

They were hoping to do what Vogelsang and Dvoress managed to do – with both players’ second bullets looking promising for a cash. That is in stark contract with Dan Smith who also jumped in a second time, only to finish in 8th place. His departure signalled the end of the day. 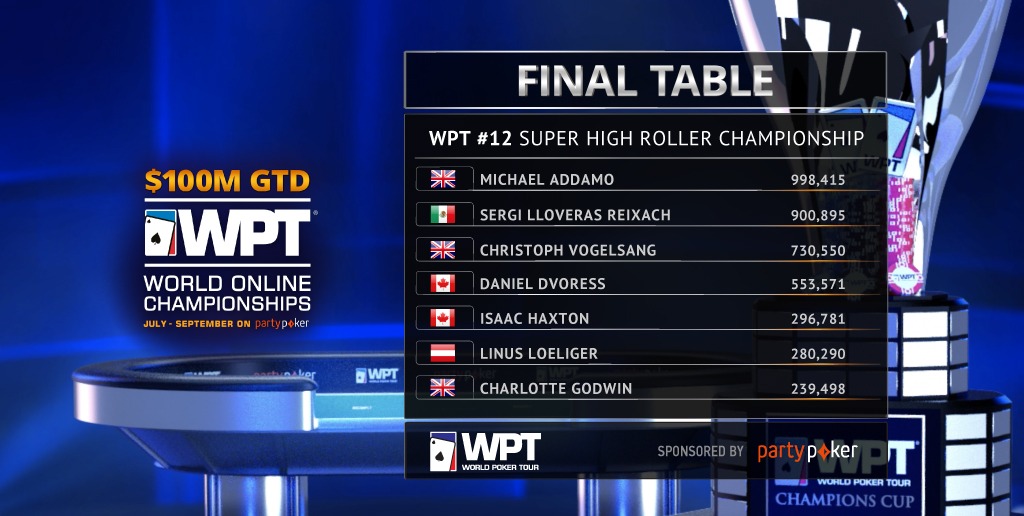 The Mini Event is not appropriately named for its buy-in, purely for its comparison to the scale of its big brother event. The $10K tournament naturally attracted some well-known names and 11 of those will come back tonight to fight for the title.

Daniel Rezaei (210,434) may be one of the shortest stacks but his performance in the High Roller Championship a couple of days ago proves what he is capable of after he came onto that final table as one of the shortest stacks and successfully laddering a couple of spots before his elimination. He comes back with 15 big blinds at Level 19 (7,000/14,000 1,750 ante), which is significantly better than table shortie Linus Loeliger (102,376) who has a 7 big blind stack. Loeliger may start in trouble but he has achieved the difficult task of making the final in both events.

Other players who returned a profit including Phillip Mighall who won $23,600 for busting in 12th place. The WOC Main Event Champion’s exit was the last one, with the Brit almost making it through the 18 levels of play on the schedule, falling shortly before the whistle blew.

He joined some very big names at the virtual rail, with Sam Greenwood (13th) and Charlie Godwin (14th) banking the same amount as Mighall for their finishes. Michael Sklenička (15th) and Anthony Spinella (16th) were the other two who made a return, with each collecting a $20,800 min-cash for their results. Meanwhile, it was the second disappointing result of the evening for Dan Smith who left on the bubble in 17th place. 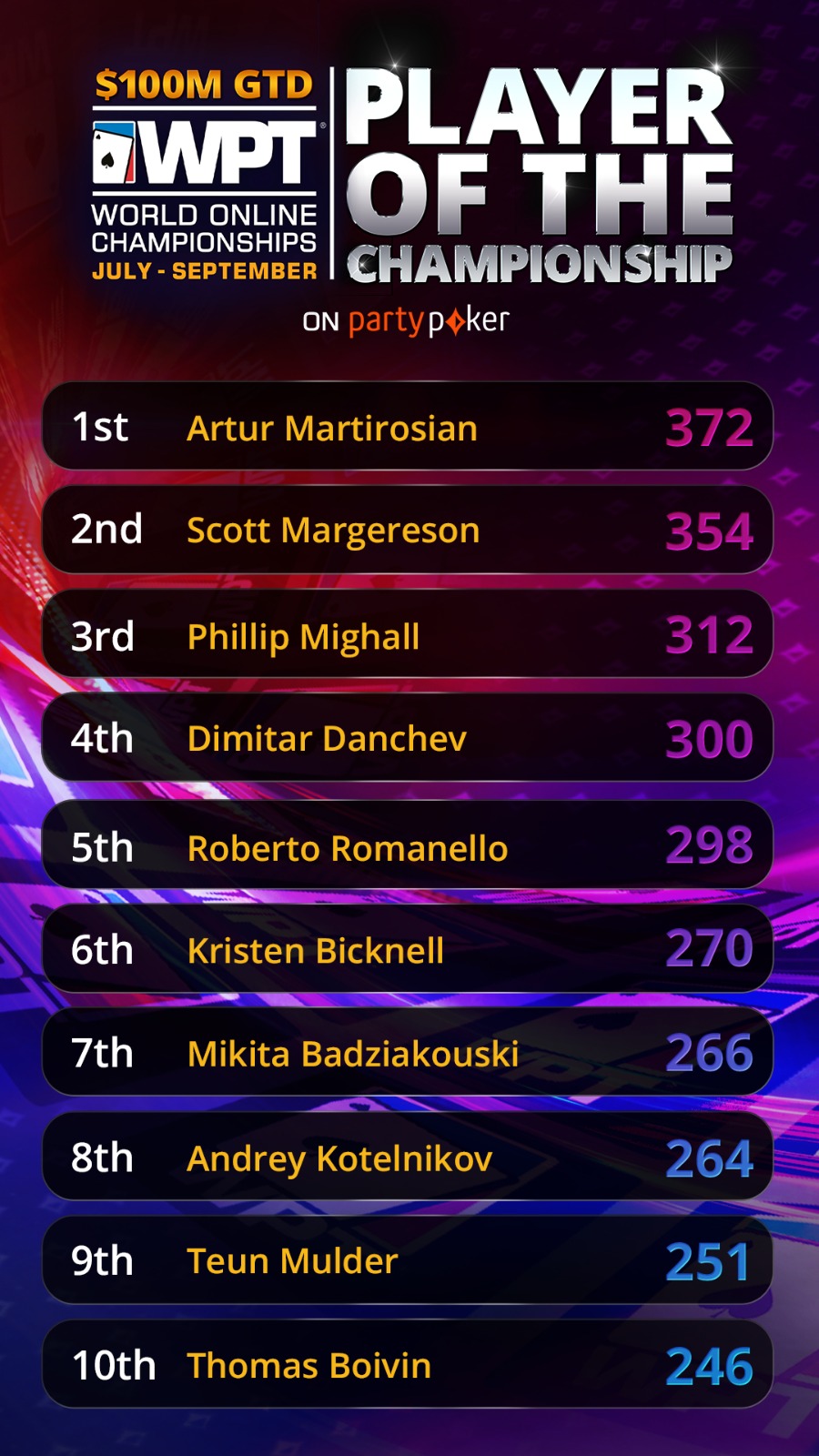 The Player of the Championship Leaderboard will all be determined after tonight’s closing tournaments play out. Check out tomorrow’s blog to find out who is the winner of the $50,000 prize for first place! 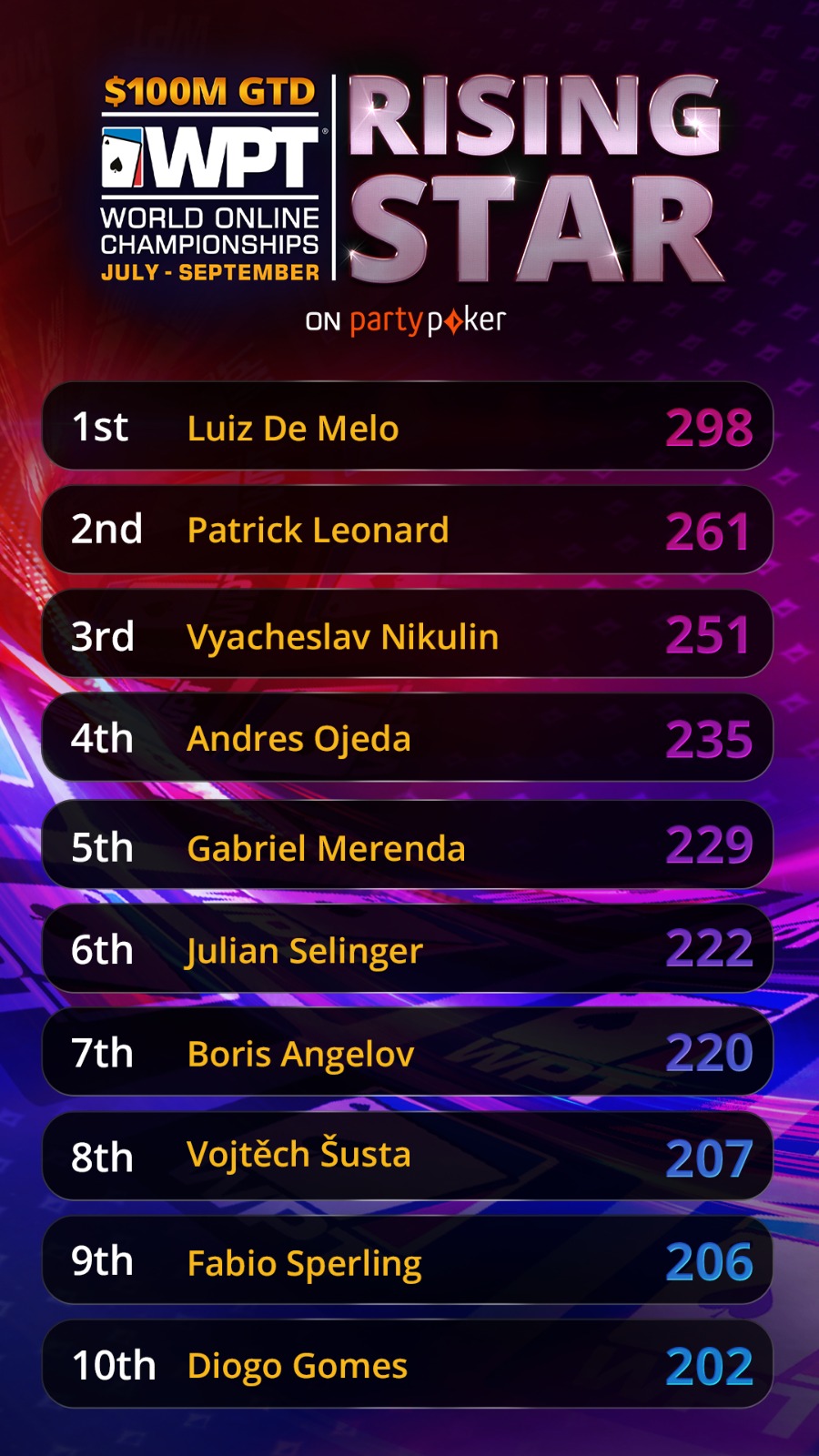 The Rising Star Leaderboard has been decided and Luiz De Melo wins $10,000 for finishing on top. The Micro Main Event Champion secured that top prize via points gained in seven qualifying tournaments. Though De Melo’s crowning moment was the biggest score of them all with $148,985 in cash as well as the WPT title, the Brazilian had three other final table results, including one additional win in a $50K guaranteed 7-Max event. 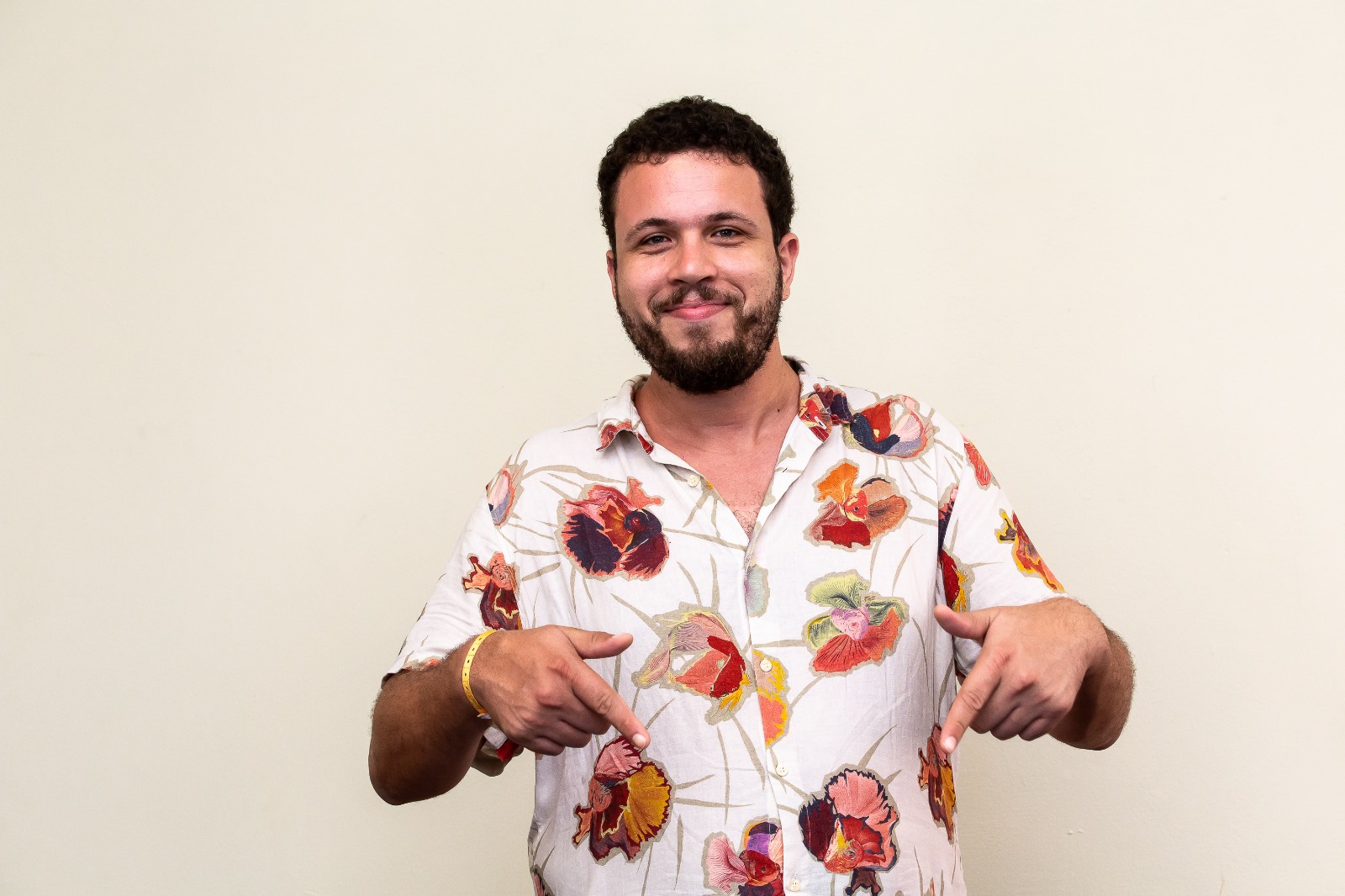 partypoker’s Patrick Leonard put up a great fight throughout this festival and took second place as a result of his consistent deep runs in events with a sub $300 buy-in. Leonard actually cashed in 15 events but only the top ten would qualify for the leaderboard. The Brit had an incredible series with six final table results, including three runner-up finishes and a win in the $50K guaranteed 8-Max for $12,079. He wins the second-place prize of $6,000. 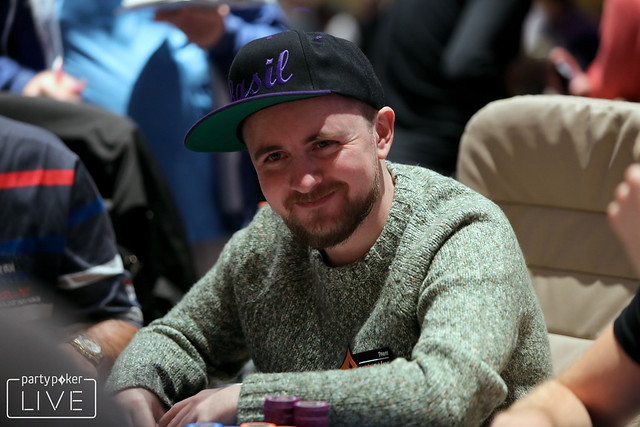 Meanwhile, Vyacheslav Nikulin appeared to play everything going and notched up 34 cashes in the process! The reward for Nikulin’s grinding? $3,500 for placing third on the leaderboard.

To read more about the both leaderboards, click here for more information.