WPT WOC: Shaun Deeb Chipped Up as Day 1b of the $215 Warm Up Concludes

By Lisa Yiasemides Last night may only have seen three tournaments play out (a smaller daily schedule than usual for the WPT World Online Championships) but those three tournaments certainly set the scene ahead of tonight’s mammoth offering. A total of 12 events will take place over on partypoker.com this evening. They include the conclusion…

Last night may only have seen three tournaments play out (a smaller daily schedule than usual for the WPT World Online Championships) but those three tournaments certainly set the scene ahead of tonight’s mammoth offering.

A total of 12 events will take place over on partypoker.com this evening. They include the conclusion of the Warm Up events, which play down to a winner from Day 2 today; Day 1b of the Micro Main Event Championship; three Big Game events, with buy-ins ranging from $55 to $5,200; and a $25,500 Super High Roller, to name just a few.

Aleksandr Nosov has taken the overall chip lead in Day 1b of the PKO Warm Up Main Event, after besting Torben Winther Sørensen’s stack of 2.1 million yesterday. Last night, Nosov outdid that by a significant margin, collecting 2,484,890 by the end of 18 20-minute levels and banking $462 in bounties. 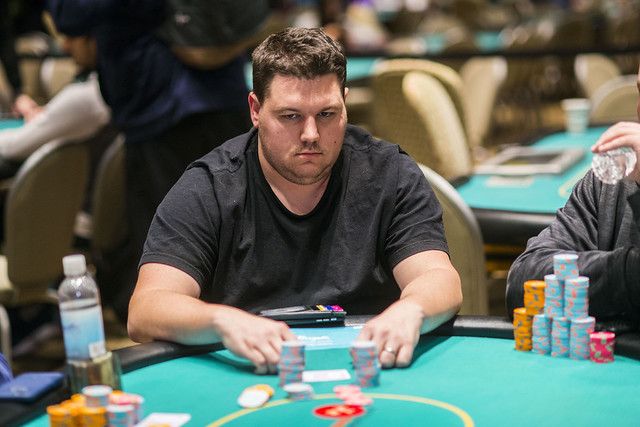 Not everyone made it, naturally, and among the casualties was the latest inductee into the WPT Champions Club, Andrey Kotelnikov, Maria Ho, Niklas Åstedt and Florian Duta. Still, all is not lost as there is a Turbo last chance on the schedule today at 4 pm. With $184,600 already collected in the prize pool, there is a great chance that this event will smash the $200,000 guarantee.

Once again, the Mini event was extremely popular. By the time late registration had closed, 1,496 entries had been counted, adding $29,920 to the prize pool and bringing the running total up to $53,180 – already significantly over the $50,000 guarantee with one flight to go.

There were plenty of big stacks by the time the clock was paused at the end of Level 18 and the biggest of them was Russia’s Egor Boriskin (2,479,840 + $68) who knocked out nine players over the course of the evening. Though it isn’t enough to go through overall chip leader at this point (that accolade is held by Jefferson Anacleto from Day 1a), he will go through with an extremely healthy stack with 177 big blinds to play with when Level 19 (7,000-14,000 1,750 ante) gets underway.

Day 1a of the Micro Main Event Championship got off the mark last night too, with Sergei Ponkratyev setting the bar after he turned a 200,000-chip starting stack into a monstrous 5,494,967. It took almost 7 hours to do that, but it was a relatively closely fought battle at the top of the counts.

They have all made it through to Day 2 and today we will find out who joins them from Day 1b, which kicks off at 7 pm this evening. 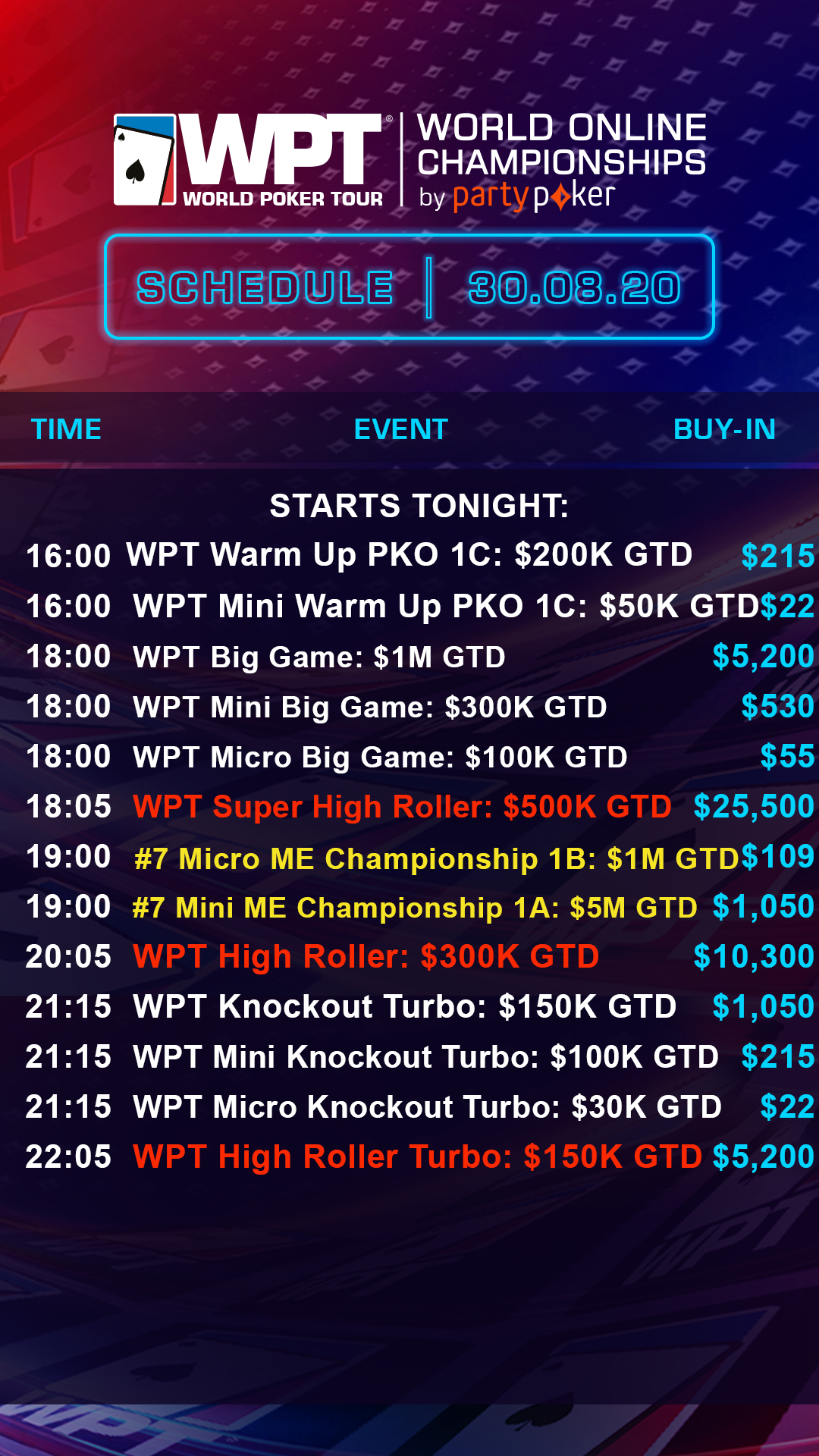 Aside from that, there are a further 9 tournaments that range from a $22 buy-in all the way up to a $25,500 buy-in and with turbo, normal speed, progressive knockout and freezeout games all in the mix, there is a huge amount of choice for anyone logging onto partypoker today.

All new episodes of World Poker Tour Season XI start airing on FOX Sports Networks in less than 10 days (Sunday, March 24 at 8pm and 11pm local time, to be exact), which means its time to tune in for another season filled with great poker action and some of the game’s most unique personalities,…

When viewers tune in to FSN on Sunday night at 8pm & 11pm local time, not only will they get to see the playdown days of WPT Grand Prix de Paris but they’ll also get a chance to meet the newest member of WPT Season XI Ones to Watch, Shaun Deeb. Shaun is a well-known…

By Lisa Yiasemides It was a mammoth evening of poker with 12 players nabbing themselves a WPT title in tournaments that ranged from $11 all the way up to $25,500! Not only that but this week’s Big Game events started with Day 1 taking place in each of the three. Meanwhile, the jewel in the…