The final night of the inaugural WPT World Online Championships took place last night. Two huge tournaments concluded the 10-week series, ensuring it went out with a bang. The final Championship title was awarded too, with Michael Addamo going the distance following a tense heads-up battle with Isaac Haxton in the $102,000 event.

They weren’t the only big stories of the night; partypoker’s Charlie Godwin came third for $620,000 and Super High Rollers are not a regular feature of the Brit’s schedule. She managed to qualify via two satellites turning an initial investment of $1,050 into a life-changing sum.

The Mini Super High Roller Championship featured a $10,300 buy-in of its own and ran alongside the Main Event. Once again a titan of both the live and online scene took it down with Artur Martirosian picking up his second title this week after a win in the $25,500 Super High Roller on Monday. Martirosian also cements his position at the top of the Player of the Championship Leaderboard, which will be covered in more detail later on.

Michael Addamo has done it, defeating some of the world’s best players to become the winner of the latest, and last, WPT Championship event! He started in front, but it was a rollercoaster ride on the way to first place with several of the other contenders taking the chip lead at one point or another. 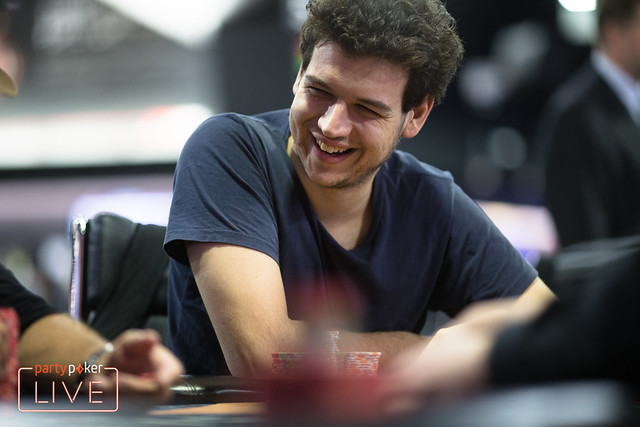 When play resumed at 7 pm (BST), there were seven left of the 40 starters, and they returned on the bubble to play for their share of the $4,000,000 prize pool. With a $229,600 min-cash on the line, it wasn’t surprising that it took some time for the first elimination. Around an hour in and the first player to go was Daniel Dvoress. He started in the middle of the pack but lost a big pot early on versus Christoph Vogelsang when he opted to limp-call ace-king on the button and called some bets with his high card on a dry, paired board, losing to Vogelsang’s trips. The last of it went in when Dvoress made a move with queen-jack suited, three-betting all-in against Sergi Reixach’s ace-queen off.

With a min-cash secured, the six finalists settled in to play once again, and no doubt Charlie Godwin was among those breathing a sigh of relief to reach the money. The British regular had folded every hand until the one before Dvoress’ elimination, when she had shipped ace-king over an open from Vogelsang. He was priced in to call the rest and made a pair on the flop, holding through the turn too. With just one card left to come, Godwin somehow spiked the ace she needed on the river to keep her in the game. That card is one that she will never forget! 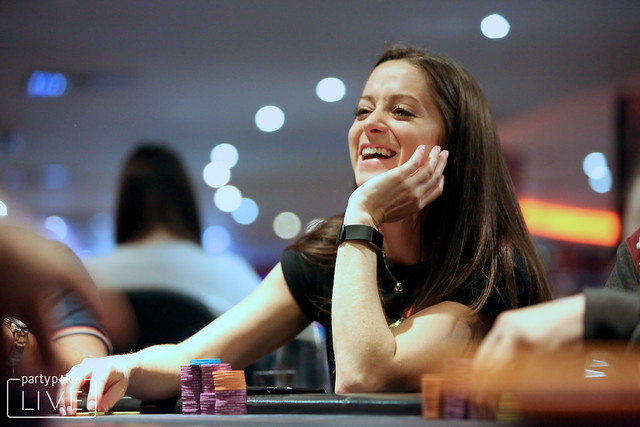 That small dent to Vogelsang’s stack was the start of a downward trend for the German, with things about to derail very quickly from that point. First, he lost a flip to Godwin, followed by another flip against Isaac Haxton. Then he flopped top pair with king-jack but the runout made Addamo a runner-runner straight. Linus Loeliger was the next player to benefit from his run bad after jamming ace-eight and holding against Vogelsang’s king-queen suited. Despite a tiny double, the final nail in the coffin was delivered shortly afterwards, when Vogelsang got it in with pocket-queens to be coolered against Haxton’s pocket-kings.

There was a flurry of eliminations after that, with online star Loeliger the next casualty. Loeliger shipped queen-ten on the button and lost a flip to Reixach who had pocket-fours in the big blind. That ladder secured Loeliger $276,000 for placing fifth.

Down to four players and the next elimination was one of the biggest surprises of the night. Right after Loeliger was out, Reixach got tangled in a huge pot against Haxton and the Spaniard had the worst of it with ace-four suited against ace-king. All the money went in pre after Reixach four-bet and Haxton called. The pot was worth 100 big blinds to the winner and the preflop favourite held, sending Reixach to the rail in fourth for $374,000 and catapulting Haxton into contention.

Godwin’s turn was next, which disappointed fans watching the stream who had been carried away with her incredible story. Her exit hand was ace-deuce, which she shipped from the button. Addamo called with ace-six in the big blind but with two low cards on the board, Godwin was unfortunate not to get a chop. Still third place is an incredible result. The Brit spins up from $1,050 to $620,000 for 590 times return on investment, in the biggest moment of her career so far.

That left two, and though the pair entered deal discussions right away and settled on an ICM deal, there was still $30,000 plus the title and trophy to play for and neither was going to give up without a fight. The lead went back and forth over the next two hours or so. First Haxton went ahead but with play still so deep-stacked and blinds 40 minutes long, there was still room for manoeuvre for Addamo. 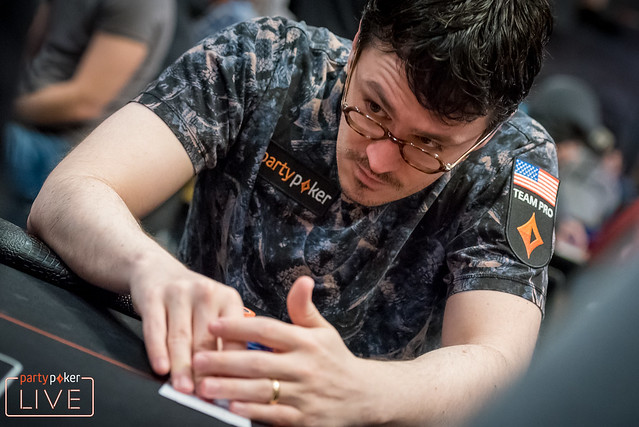 The Australian brought his trademark aggressive style to the table and continued to execute some expert bluffs, as he had done throughout. Haxton played a fantastic game too, making some big laydowns more than once but it wasn’t to be his day. With 25 big blinds left, Haxton moved all-in with pocket-fives and Addamo called with ace-five. Once again it was an ace dealt on the river that made the difference. Addamo is the SHR Champion and walks away with $1,284,113, while Haxton’s runner up finish banks him $1,216,286. Congratulations to both on their seven-figure results!

Of the 100 entries, 11 had made it through to Day 2 and were in the money when they sat down for a share of the $1,000,000 prize pool at 7 pm. Daniel Rezaei (11th) and Elio Fox were first out (10th) and both players banked $27,400. That meant a ladder for the only player still in both events – Linus Loeliger. The Swiss added $5,100 more to his wallet after that pay jump, with $32,500 the reward for 9th place. Jean-Pascal Savard won the same amount for 8th place and his exit locked up a final-table seat for all of the other remaining hopefuls.

Harry Lodge was the first out on the final table, winning $38,500 for seventh place. He was in good company at the virtual rail, with WPT Champion Scott Margereson leaving in 6th place for $47,500. That concluded a fantastic run this series but with Martirosian still in, Margereson’s Player of the Championship Leaderboard points wouldn’t be enough to see him go from second to first place.

No deal was agreed upon when heads up was reached, instead they played it out. Ultimately it was the Russian crusher who prevailed. He was already at the top of the POC Leaderboard and there was no last-minute change on that. Once again, a huge congratulations go out to Martirosian, Nolet and all the finalists for their fantastic results.

Player of the Championship Leaderboard

Yesterday we found out that Luiz De Melo would finish the series at the top of the Rising Star Leaderboard. Today, we are thrilled that the POC Championship, which was closely-fought at the beginning, would be won by Artur Martirosian. He wins another $50,000 to add to his many results during this festival. His outstanding performance included three wins and ten additional final table results. Of those, two were runner-ups and three were third-place finishes! 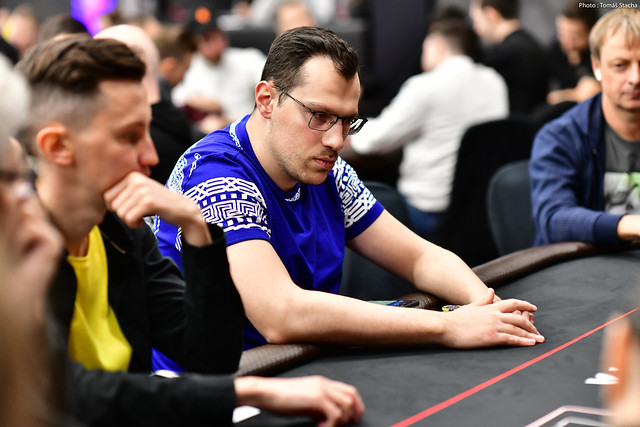 Scott Margereson takes second place and adds $10,000 to his haul. The WPT Champion took down a one-day High Roller for $30,811, plus he was runner up an impressive three times too.

The other notable mention goes to Romanello’s partypoker teammate Kristen Bicknell who led the leaderboard for most of the festival following her success in the first half of the series. She wins $1,000, an amount matched by Super High Roller Championship winner Mikita Badziakouski (making it a hattrick for Team partypoker), Mix-Max Championship winner Andrey Kotelnikov, Teun Mulder and Thomas Bovin who placed seventh to tenth.